It’s Not Just The Wind That Blows:  Gay Barcelona 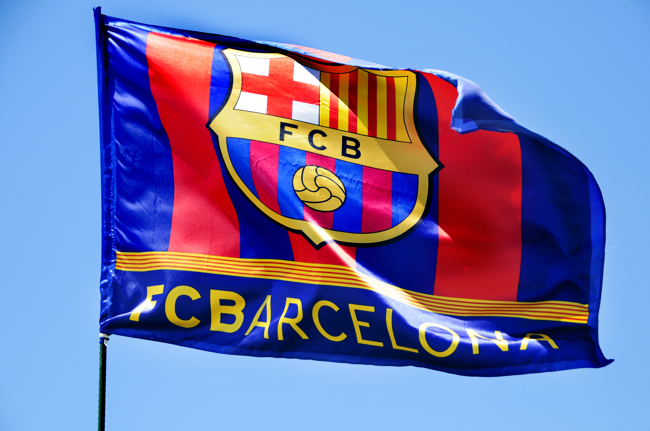 How would you like to go to a gay-friendly city with fabulous architecture, cheap liquor, sizzling beaches, and some of the hottest nightlife in the world?

If that sounds like your cup of tea – then, you simply must visit Barcelona, where the winds blow – just like the boys in the torrid Spanish gay neighborhood!

Barcelona is the second-largest city in Spain and sits on the western coast, right by the French border. Everything is about half the price you’d pay in New York or San Francisco, and the Barcelona boys know how to boogie!

You’ll find that it’s almost always warm in this sinful city – which is the height of European fashion! Even in February, the temperatures rarely dip below 50 degrees – though it can get too hot in July and August. The locals don’t technically speak Spanish – they speak Catalan – but almost everyone speaks English, and if you know Spanish you can usually make out the local language, which is very similar.

The city is also a thriving seaport – which means that you’ll find some of the freshest seafood anywhere after you’ve sampled the local chorizo of your choice!

So, get ready for gay guides to take you a trip to Barcelona and show you how to get laid in the shade!

Barcelona is known for having some of the best nightclubs in the world. Whether you want a small place with low lights and slow dancing or a huge five-story techno club overlooking the water, you’ll find it in Barcelona. That said, everything happens late in Barcelona – so you probably want to take a long siesta in the afternoon. You’ll find that many people don’t go out to eat until around 10 p.m. or later, and that most of the clubs are empty until around 2 or 3 a.m. They stay open until noon the next morning – so you’ll have plenty of time to get your dance on!

If you are like me and simply can’t wait until that late to eat dinner, most bars sell snacks of one type or another – called tapas – to hold you over.

Personally, I suggest having a late lunch and then finding a boy or a bear to kill time with until it gets late enough to make your move into the night.

The main gay neighborhood in Barcelona is L’Eixample, known by the locals as Gaixample. Located right in the heart of the city around the blocks between Calle Comte d’Urgell and Rambla Catalunya, Gran Via and Calle Provença.

This is where you’ll find tons of gay bars, saunas, bathhouses, boytoys, gyms and pride flags on almost every corner. During the day, L’Eixample is a thriving part of the city, but at night it really explodes with hot restaurants, dirty dancing, all-night cruising and all the cock you can sink your teeth into.

You’ll find that most of the gay bars and clubs have dark areas or dark rooms for patrons to get their gay on, and you’ll find some of the sluttiest rentboys in Europe.

All in all, L’Eixample is a prime example of absolute fantasy!

Located just outside the city and easily reachable by public transportation, Sitges is where you’ll find the gay beaches of Barcelona. 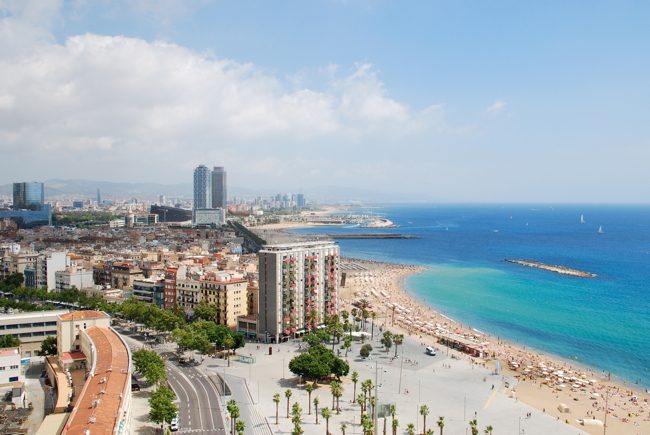 It’s also the headquarters for one of the most queerific events in Barcelona – the annual Carnivale festival – held every year in the weeks leading up to the day before Ash Wednesday.

It’s enough to bring you to your knees!

If you want to fight for your right to party, the annual Loveball event may bring your to your knees.

For the entire week, some of the best DJs in the world descend on Barcelona and the clubs stay open 24 hours a day, so you can dance your way to dick day and night!

During the day there are also cocktail parties, gay film screenings, gay walking tours, museum tours, and enough fun to get you blinded by the gay.

In other words, you’ll have a ball and love it!

One of the main reasons the people of Barcelona can wait until 10 p.m. or later to have dinner is the popularity of tapas, which are served day and night all over the city whenever you sit down to have a drink. Tapas are finger foods served in very small portions. You can order one piece of tapas to go with a glass of wine, or several plates if you plan on chilling out for a while.

You’ll find dozens of types of tapas to put in your dirty little mouths, from local ham to bread soaked in tomato sauce to sausages and even fried octopus!

Sangria is the most popular drink in Barcelona – and it’s not what you’d expect. Unlike the watered-down punch you may have seen in America, sangria in Barcelona is a local art form.

Nearly every bar and pub has its own recipe. Some are made with a wine base, while others are spiked with various versions of grain alcohol. This can be a problem because you’ll never really be sure how strong your glass is until you wake up the next morning and realize the twink you thought you banged was actually a bear!

All sangria has some red wine in it, and is filled with large pieces of fruit. At most bars, you can purchase a glass for a couple of bucks, though your best bet is to simply get a pitcher, load up on tapas and let the taste sensations take you away!

Just don’t let your sangria goggles get you in trouble – unless you are ready for the walk of shame!

One of the most popular tourist stops – located just outside L’Eixample – is La Rambla, a long pedestrian street connecting Plaza Cataluna with the statue of Christopher Columbus at the main port.

This is Barcelona’s Times Square, and you’ll find everything and anything – from transvestite prostitutes, the Hard Rock Cafe, brothels, gay peep shows, to souvenir stands and stalls selling flowers and live animals.

At the top of La Rambla, near H&M, you’ll find lots of winding streets heading off to cute clothing boutiques and a few tapas bars.

Head down just a little bit further and you’ll be surrounded by open-air exotic pet stores selling everything from chinchillas to baby alligators and chameleons.

Next up is the huge open-air flower market, a museum dedicated to the history of gay and straight erotica, and tons of bars and cafes that are open 20 hours a day.

In between the open-air markets are literally dozens of street performers, doing everything from playing guitar to dressing up like statues of Julius Caesar and dancing like Michael Jackson.

At the bottom of the street, you’ll discover local artists and vendors selling authentic, locally made crafts.

During the late evening, the bottom of La Rambla fills up with rent boys, hookers, transvestite prostitutes, and every type of commercial sex you can imagine.

You’ll want to keep an eye on your wallet because La Rambla is known for pickpockets, but other than that La Rambla is a fagtastic way to drink, eat and discover new ways to be sinfully delicious!

The most fabulous tourist attraction in Barcelona is La Sagrada Famila – and they haven’t even finished building it yet!

This giant church went under construction by local architectural legend Antoni Gaudi in 1882 and they have been working on it ever since. Each of the four sides of the church represents a different architectural style – meaning that there is something for everyone. At this phase of the construction, one of the statues of Christ appears to have an erection!

One of the other Barcelona beauties built by Antoni Gaudi is the Park Guell in the northern part of the city.

While Park Guell is a fully functioning park, it also stands as a 17-acre work of modern art in its own right. Gaudi built mosaics, statues, sea serpents, marble lizards, and other free-flowing expressions. The park is almost like a giant painting that come to life.

While there isn’t much traditional cruising going on in Park Guell, its beauty alone is almost enough to bring you to your knees!

And, anyway, who can resist a sea serpent?

If you want to stroll around beautiful buildings in a bohemian atmosphere, you’ll want to get your cute little buns over to the Barri Gotic, the center of the “Old City” of Barcelona.

There are no cars allowed in the Barri Gotic (also known as the Gothic Quarter) so you can ramble around to your heart’s content, discovering tons of little squares, cool boutiques, and great restaurants.

You’ll have a gay old time!

Where Ya Goin’? Gay Barcelona!

If you want to meet hip kids, get laid in the trendiest gay clubs in the world, or just eat and drink the night away, Barcelona is where all the cool queers are going this year!

You’ll be able to party all night, sleep all day, hit cool gay beaches, and find all the man meat you can handle. 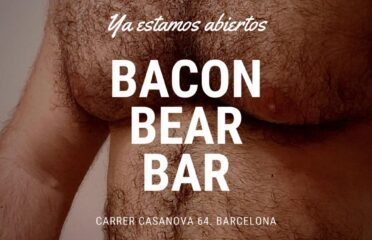 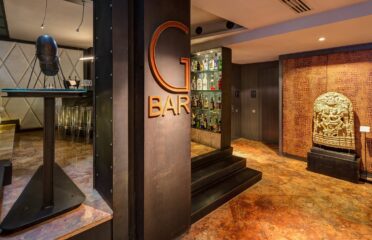 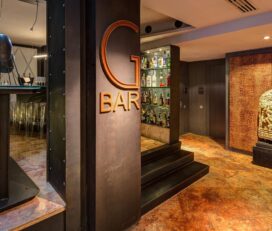 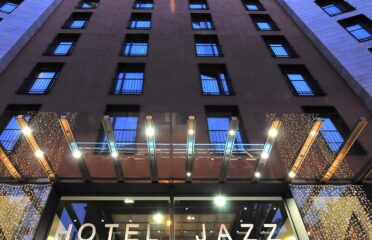 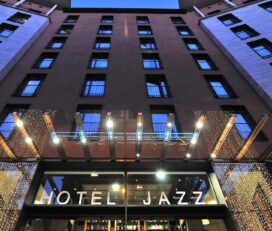 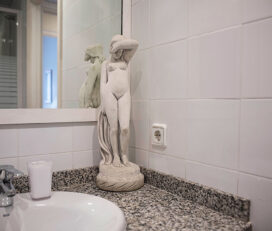 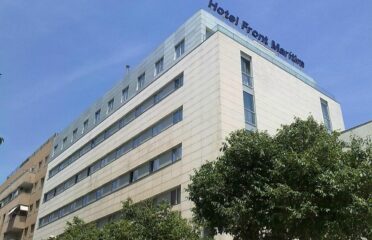 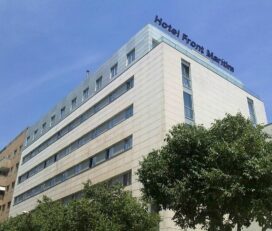 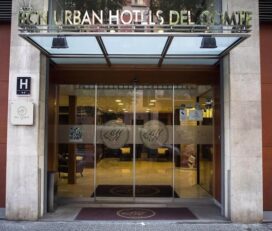 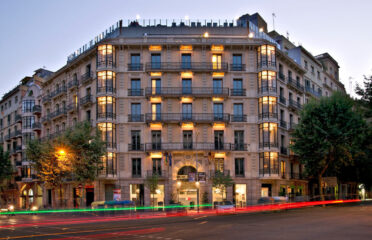