Find Muscles In Gay Brussels: Gay Guide To The Capital Of The European Union!

Have you ever wanted to visit a place with all the conveniences of a city, but also has the friendliness of small-town life? Would you like to be able to practice your high school, French, without having to deal with the horror that is the French people? Or, maybe you want to go to a hot gay scene before every other cock on your block? 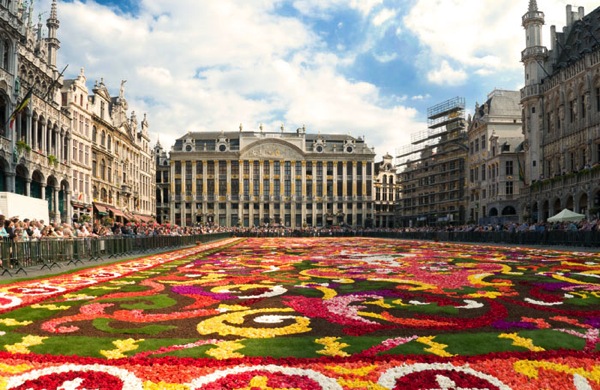 If so, you’ll simply adore Brussels, Belgium – the capital of the European Union and the headquarters of a growing gay scene!

For years, Brussels was off the gaydar – mainly because it was very hard to get to. Over the past decade, however, low-cost airlines have started offering cheap flights to the city from London – and ever since then, the gay scene has started to explode!
You’ll find a thriving gay community, never-ending circuit parties, and tons of museums and architecture to satisfy all of your cultural cravings.

Belgians are some of the friendliest people in the world, and Brussels has yet to be overwhelmed by tourists, so you’ll be welcomed with open arms – and not have to waste too much time dodging tourist traps or souvenir stores.

Instead, you can just check out the multiple cruising areas, explore the ever-expanding gay bar scene, and take pictures of one of the most famous and fabulously naughty fountains in the entire world. 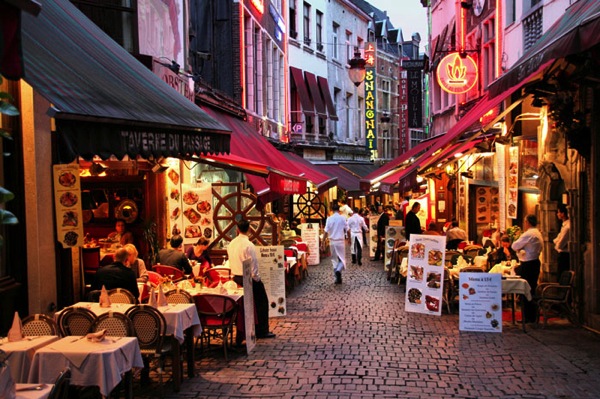 And, you’ll have the chance to eat the best French fries in the world – which, contrary to popular opinion, were actually invented in Brussels!

The heart of the Brussels gay scene is the Marche Au Charbon section of the city. Here you’ll find more than a dozen gay bars and clubs spread out over a two or three-block area. Almost all of them stock up-to-date gay maps to the city, so you can find all the sexy saunas and gyms you’ll need.

There are several sex shops in the Marche Au Charbon area – so you can have fun even if you left your sex toys at home!

The first place to stop in the Marche Au Charbon is Tels Quels – a gay cafe that is also home to the Belgium International Gay And Lesbian Association. The English-speaking staff can get you up to date on anything and everything fagulous going on in the Brussels gay scene – and let you know about any upcoming gay-friendly events and activities.

Unlike America, most of the gay bars and clubs in Belgium have a strict “men-only” policy – so leave your fag hag at home, just bring your bone! 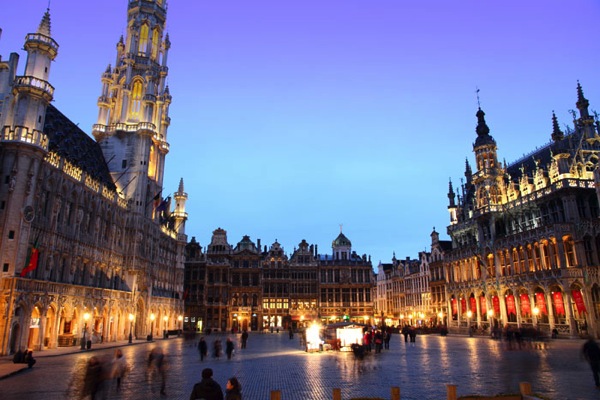 The Slave is one of the sleaziest hardcore leather bars in the world – it has several dark rooms that are constantly filled with some of the roughest trade you’ll find anywhere.

If you are feeling a little too girly for that, Chez Maman is a very classy drag bar down the street that features exotic shows nightly and boasts some of the most cosmopolitan trannies/TVs and drag queens in Europe as their loyal customers.
Once a month, several of the gay clubs get together and hold a festival called La Demence that brings in international DJs, hot male strippers, and drag queens from around the world for an all-night dance party.

For those of you who like a little bit of risk when it comes to your man conquests, you’ll find that Brussels is a cruising haven.

Because most of the gay bars and clubs have been around for a decade or less, the Belgian boys had a need to find other places to blow their seed.
The result is a wide variety of cruising spots that seem popular 24 hours a day, seven days a week. 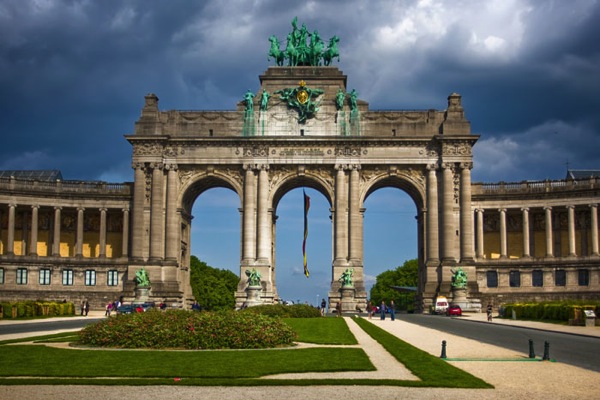 The raunchiest is the Orly Cinema right by the railroad tracks. This is a combination sauna and movie theater, with more than a dozen glory holes and almost non-stop cruising action.

The trails along the Foret du Soinges are also lined with boys looking to get laid morning, noon, and night. Just wander around the woods for a little while, and you’ll soon have your choice of man meat to devour!

The Parc du Cinquantenaire, right next door to the headquarters of the European Commission, is known as a cruise park for upscale Brussels dudes looking to take a break from bitching about Bush and suck some cock.

Known locally as “Cocksuckers’ Paradise,” the park in front of the Royal Palace is also a spot for queens looking for rising cock as soon as the sun goes down. To find the most man meat possible, head over to the bushes by the Royal Fountain.

Kinky twinks are nice when you want a sexy snack. But, sometimes you want a full meal of man meat!

That’s why I was delighted to learn of the European Big Men’s Convergence, held annually in Brussels. 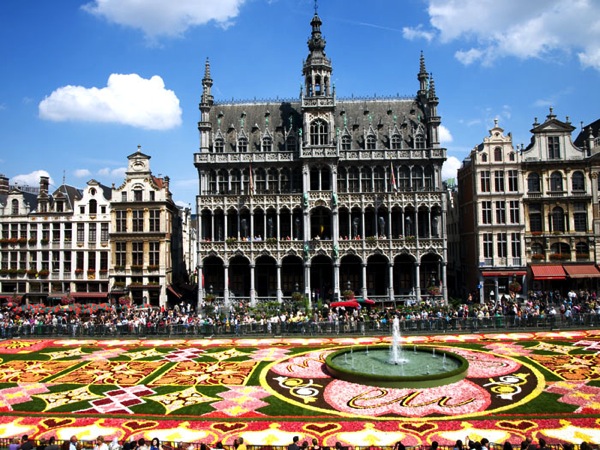 This is a giant, weeklong party dedicated to chubbies, fatties, and burly bears. No women, straights, or skinny boys are allowed at any of the events – most of which offer free food and drink!

The Big Mens’ Convergence is considered the largest gay event for fatties in the world – and it brings out the big boys!

Like I’ve always said, “Size Matters!” And we all know that bigger means better!

One of the more delicious events in Brussels is the annual Pink Screens transgender film festival. From October through November, the event features dozens of films that examine the way gender plays roles in our lives.

The films focus on the roles of drag queens, gay tops and bottoms, transsexuals, and transvestites.

It attracts a mostly gay international crowd, and is a great way to pass the time before the gay clubs open up around 11 p.m.!

Brussels has one of the newer gay pride events in Europe – they have only been holding them since the mid-1990s.

Still, they have begun to attract large crowds and in 2007, more than 20,000 people came down for what the locals call “Pink Saturday.”

The Pride event is held every year in May and focuses on a large central city parade, street vendors, and then all-night dancing and cruising in the local clubs.

Do you like to play with balls? Well, really, who doesn’t?

That’s why you may want to reach out and around to the Brussels Gay Sports association when you are in town. The association takes part in many seasonal sports from swimming to rugby – and tourists are more than welcome to sign up to play during their stay!

The point of the association is to show the local breeder boys that they can be just as athletic as their hetero counterparts – and the teams regularly play against the burliest boys in Brussels!

I can’t decide if I want to be a tackle or a cheerleader!

The Museum Of Cocoa And Chocolate

If you have a sweet tooth – or just like putting succulent things in your mouth – then you’ll have a divine time at the Museum of Cocoa and Chocolate!

Belgian chocolate is considered the best in the world – and this three-story museum gives you a full history of this tasty delicacy.

You’ll get to see a master chocolate chef weave his magic, get offered free samples, and have the chance to discover the secrets of the hundreds of types of chocolates available in Belgium!

They also have chocolate sculptures, and clothing made entirely of chocolate!
Just see if you can swallow it all!

The Manneken Pis is the naughtiest and most famous fountain in the world. Located on the Rue D’Etuve, the Manneken Pis features a small bronze boy. The fountain is set up so that the water runs out of his penis – making it look like he is relieving his bladder!

There have been more than 200 outfits created for the Manneken Pis over the years, so he never looks exactly the same on any given visit!

Talk about taking the piss! 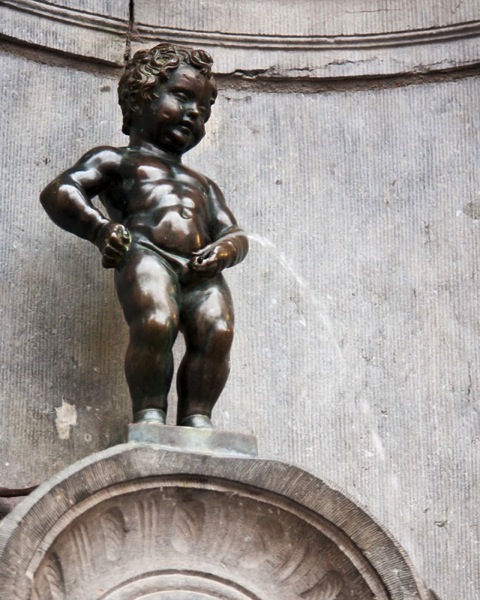 If you are looking for a bargain – or just love to shop – you should get your sweet ass over to the Place de Grand Sablon on Saturday or Sunday afternoons.

The entire square is turned into a giant open-air antique market – featuring more than 100 vendors who buy and trade antiques among themselves as well as with the local shoppers!

Every price is negotiable – and you may find a rare treasure that you will keep close to your home and hearth forever!

The Brussels Museum Of Modern Art

The most popular museum in the city is the Brussels Museum of Modern Art. It has a huge collection of 19th- and 20th- century paintings and sculptures.

There is a strong preference for Flemish artists, and the best gallery space is reserved for the work of Magritte.

It’s a great way to spend the day before getting ready to hit the clubs and dance the night away!

Don’t Worry About The Sprouts – Just Get To Brussels And Boogie With The Boys!
Brussels is the new boy in Gay Town – but that means you’ll have the chance to sample a lot of fresh meat! 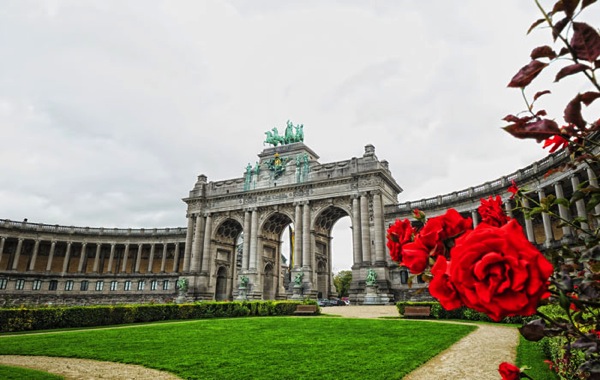 The scene is hopping, the chocolate is delicious, and they even have a festival for bears!

So book a trip to Brussels – where all you have to do is choose between cruising and candy the next time you feel the need to feed your oral fixation!