St. Petersburg is one of the world’s greatest cities, a magnet for tourists from all parts of the globe. Its palaces, cathedrals, museums, the massive central Palace Square in front of the Hermitage museum with the Alexander Column at its center and huge Triumphal Arch opposite, its canals, the Mariinsky Opera and Ballet (formerly the Kirov) the magnificent Peterhof Palace, the rococo Catherine Palace outside the city at Tsarskoye Selo and the adjoining Alexander Palace where Tsar Nicholas II and his family spent their last days before being dragged off to Siberia and death . . . there is just so much to see that even a week is not enough to do it full justice. 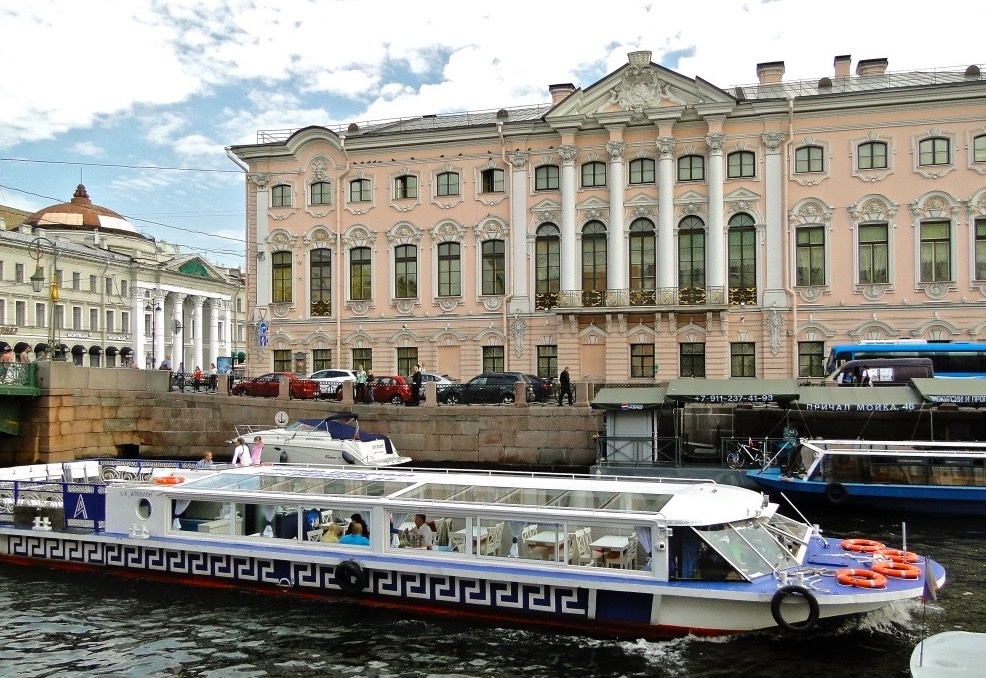 For those who can only afford a few days, to get your bearings take two boat trips. There is a boat terminal between St. Isaac’s Cathedral and The Hermitage on the River Neva. This tour takes you east past several landmarks including the Peter and Paul Fortress and the old cruiser Aurora which fired the first shot in the 1917 Russian Revolution.

This trip then turns north and west and gives you your bearings. Now take a second along some of the canals to see some of the city’s magnificent colorful buildings. The city also has a hop-on-hop-off bus that covers many major sights. If you take this or just decide to walk, start at Palace Square with the Hermitage behind you. Look around and take in one of the great squares of Europe. Then move south through the imposing Arch to one end of the imposing Nevsky Prospekt, the city’s major thoroughfare a long beautiful avenue lined with high-end hotels, shops and former Palace buildings.

As you walk, soon you will cross a canal with an onion-domed Russian-style Cathedral down to your left. This is the strangely named Church of the Savior on Spilled Blood. It looks rather similar to the more famous St. Basil’s Cathedral in Moscow, but its interior is much more stunning, a ravishingly majestic display of bright colored frescoes, mosaics and chandeliers. It owes its name to the assassination of Tsar Alexander II on that spot in 1811.

Back on Nevsky Prospekt, on the other side of the canal is the Kazan Cathedral, a large and more traditional place of worship, rather similar in many respects to St. Isaac’s Cathedral near the River. Keep walking up Nevsky Prospekt until you reach the next canal and then turn left again. About 100 meters on your left is the Shuvalov Palace, home to the extraordinary Faberge Museum. Here you will find the largest collection of Faberge artefacts anywhere in the world, including some of the famous eggs he designed for the Imperial family. Move on to the end of canal and then turn left. Keep walking beyond the Spilled Blood Church and follow the canal around. Soon you will see a small statue of arguably Russia’s finest writer, Alexander Pushkin. Close by is the apartment where he lived and is now a lovely little museum. 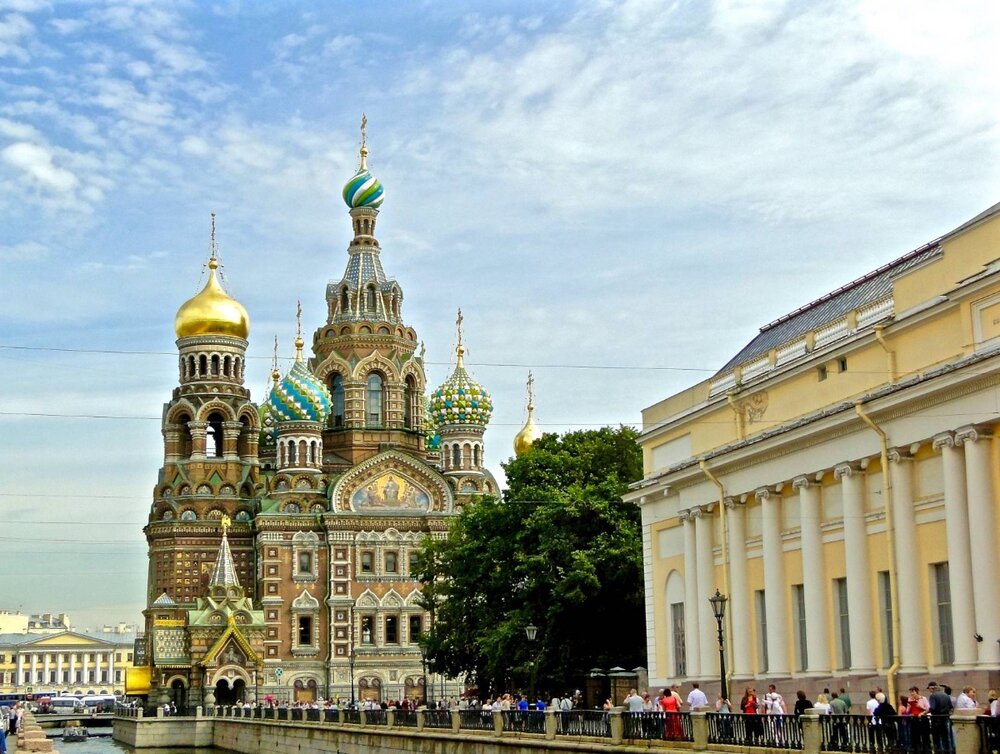 Enough about just a few of the many sites within the city. Ideally, you should set aside one and a half days to see two wonderful Palaces outside the city. Half a day is for the blue and white Catherine Palace at Tsarskoye Selo. In the middle of the day, the queue to get in stretches beyond the length of the Palace. If you cannot book tickets with entry time online, make your visit in midafternoon before the palace closes and after many visitors have departed. Only some of the rooms, including the state ballroom, are on display. One magnificent small room has walls of pure amber. During World War II this was dismantled and the amber hidden. Today it is a fabulous sight.

Behind the Catherine Palace, the Alexander Palace is also well worth a visit. To visit these palaces, you can either book an organized tour with a guide, or just take the subway from Nevsky Prospekt to Moskovskya stations and then get one of the many small buses which leave for the palaces every few minutes.

The other must-see trip is to the equally magnificent but larger series of palaces at Peterhof. Peter the Great intended this to rival Versailles. You can get there by bus and train, but the most comfortable mode of transport (unfortunately the most expensive) is by hydrofoil. The latter takes 45 minutes. When visiting Peterhof you should certainly set aside an entire day.

It was Tsar Peter the Great who founded St. Petersburg in 1703, making it a much more modern city than Moscow. Peter’s aim was to develop a bridge between Europe and Russia by constructing a much more western-style city. As importantly it was to be Russia’s main seaport giving it access to the Baltic Sea and from there to the Atlantic Ocean. 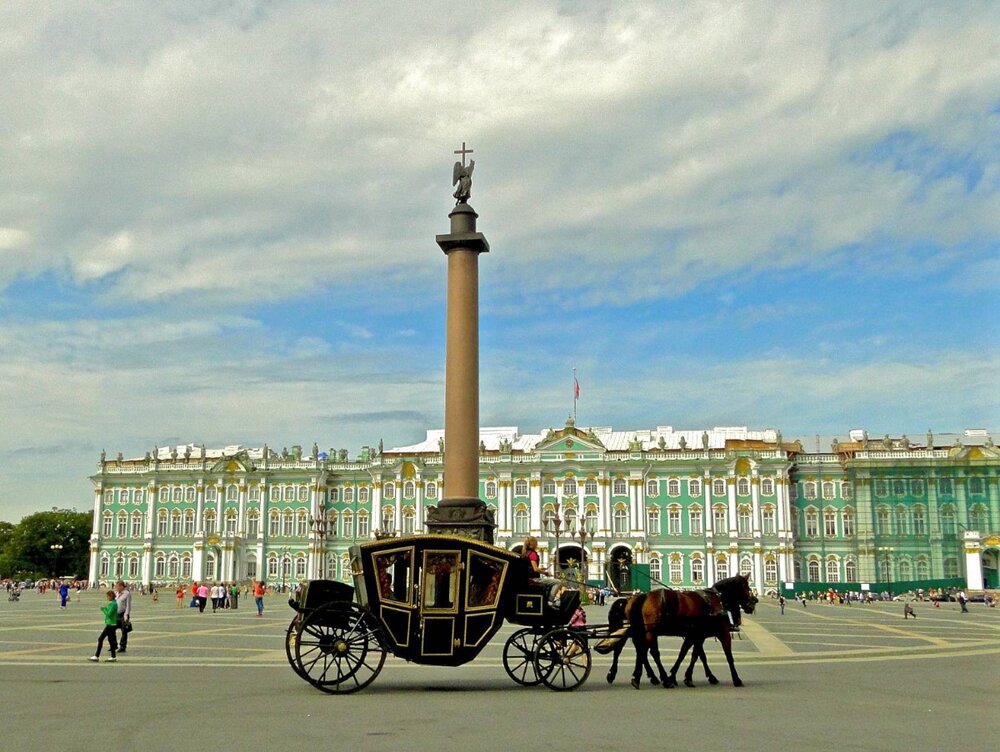 Peter imported some of the finest Italian, Swiss, and French architects to create his vision of a Russian-European city.  Its overall design was based loosely on Amsterdam as can be seen today with its extensive network of canals weaving their way through the city. Soon Peter made it the capital of his Russian Empire. Under the reign of his grandson’s widow, Catherine the Great, the city rapidly continued its development.

Catherine was a patron of the arts. Under her reign, St. Petersburg developed some of the great buildings we see today. She ordered the construction of the huge green and white Winter Palace in the city center, better known to many as the home of the world-famous State Hermitage Museum. With several cruise ship lines stopping in the city for 36 hours, all the passengers seem to make a beeline for the Museum. Along with regular tourists, this can mean long queues. So please go online and book an entrance ticket a few days in advance. 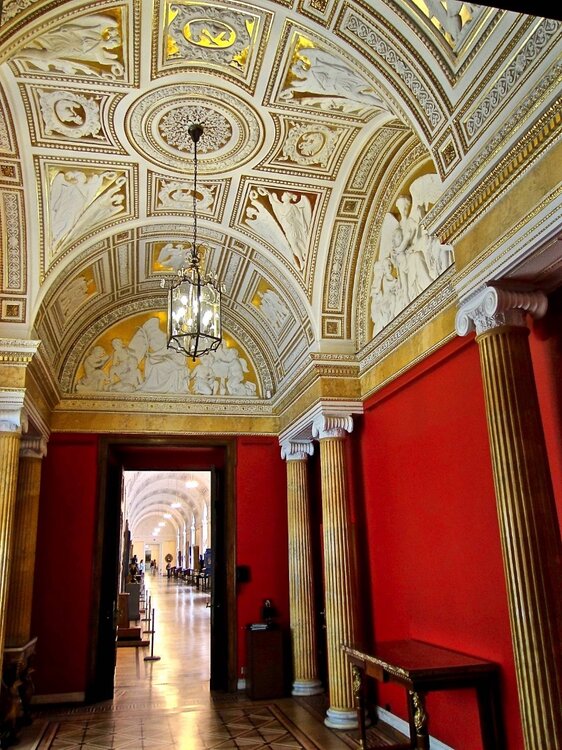 St. Petersburg has a large variety of restaurants from fast food outlets to the finest of fine dining. One to consider for a special treat is the simple looking Vodka Room that forms part of the Russian Vodka Museum. You don’t have to have the caviar with your vodka (although it is expensively delicious). The restaurant has a wide menu of typical Russian dishes at a relatively modest price. It is easily found, being close to the west side of St. Isaac’s Cathedral. 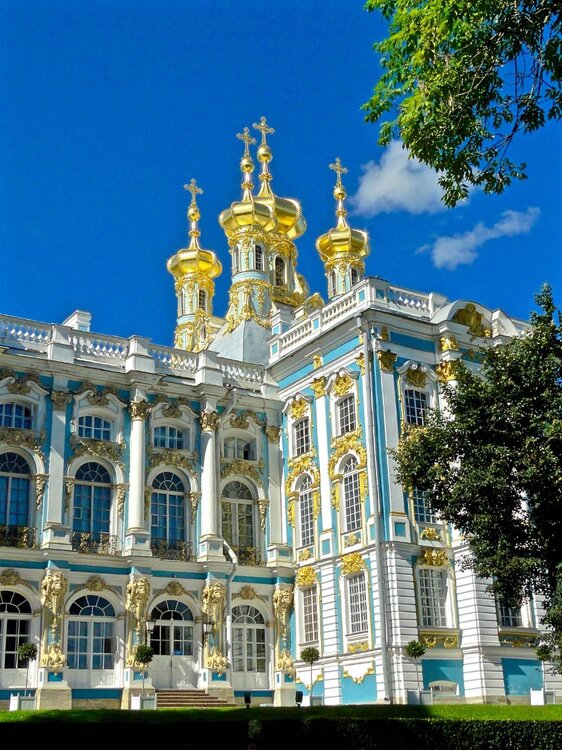 How to Get to gay St. Petersburg

Getting to St. Petersburg from Europe is easy with regular flights from all major cities. Even so, from North America and Asia you will need to change planes somewhere. Beware though that St. Petersburg’s airport is almost as bad as the main international Domodedevo airport in Moscow, meaning it is a mad scrum from arrival to departure with almost non-existent queuing. One and a half hours to clear customs is not unusual.

Far more convenient is to fly to nearby Helsinki which has connections from many Asian and American gateways. Spend a day or two there and then board one of four daily Allegro non-stop fast trains to St. Petersburg’s Finland station. Immigration, visa checks, currency exchange are all done at your seat on the train. It is seamless. After little more than four hours you find yourself at the station right in the centre of the city where Lenin arrived on his return from exile in 1917. All you have to do is walk off the train, catch a taxi or arrange a hotel car to meet you.

Finland station was made popular in the Pet Shop Boys 1984 hit “West End Girls” which contains the lyric “from Geneva to Finland station” – the train route taken by Lenin. If you are already in Russia, again avoid internal flights and just take one of the many four-hour high-speed Sapsan trains from Moscow. 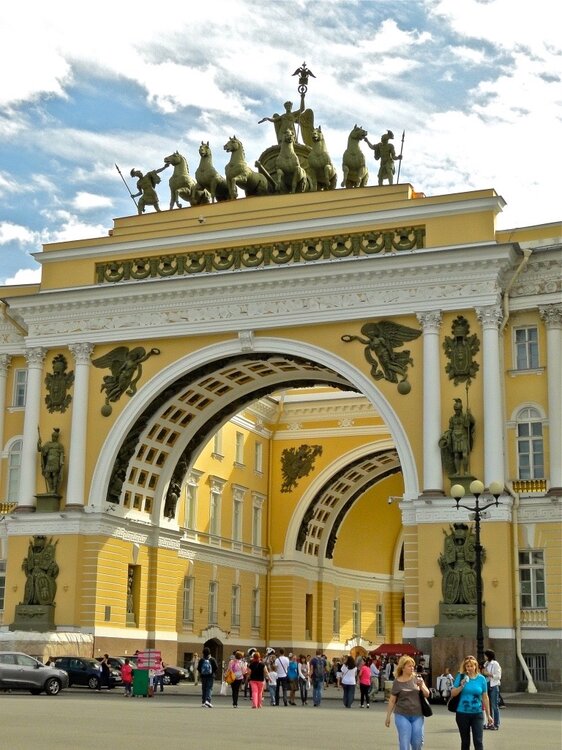 One benefit of using Helsinki as your starting point is that from there is a regular jetfoil service to Tallinn. This capital city of the tiny Baltic state of Estonia with its walled, cobblestoned old town makes a fascinating contrast to the grandeur of St. Petersburg. Lastly, although Russia’s state-mandated homophobia is as prevalent here as in Moscow, the people of St. Petersburg are much more friendly. I saw several give up their seats on the subway to older foreigners. And they actually smile! 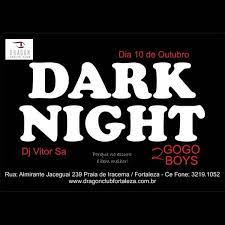 Be the first to review!
Fortaleza