Don’t Cry For Me My Little Tinas: It’s Our Fabulous Gay Guide To Buenos Aires!

As Evita once said – Let’s hear it for the rainbow tour; it’s an incredible success! 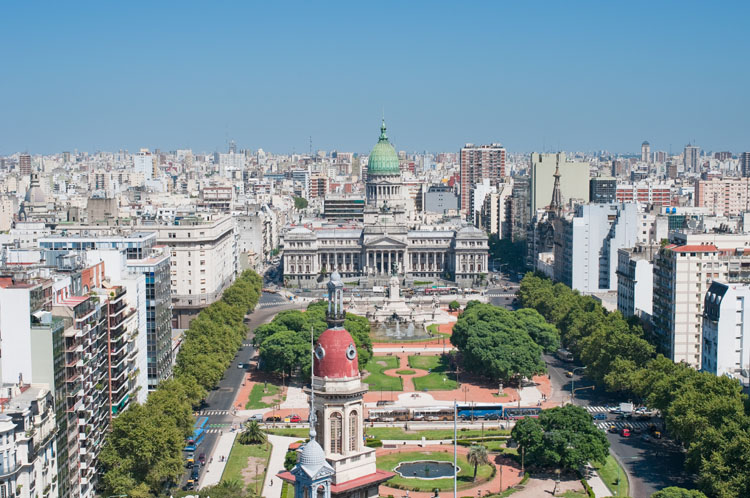 Are you ready for “just a little touch of star quality?” Then let me take you on a trip to the Paris of South America – Buenos Aires, Argentina!

In this captivating capital city, you’ll discover friendly people, lots of hot gay men and a government that makes fucking sure the trains run on time. 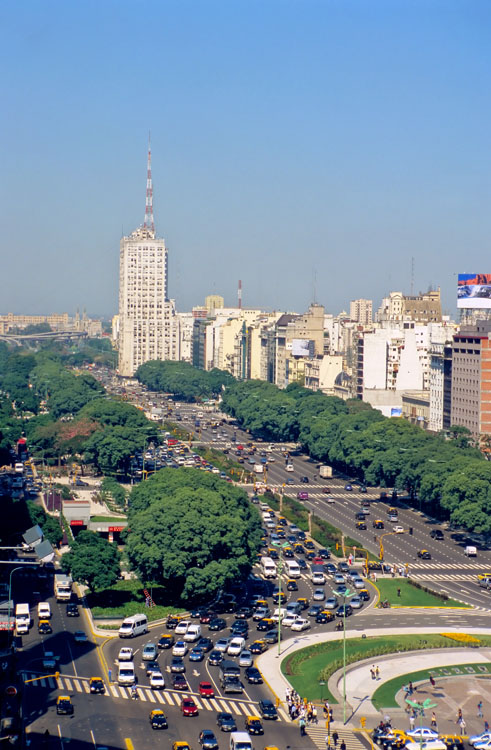 All kidding aside, while Buenos Aires is still run by the Peronistas – and the government leader is called “El Jefe” – the days of coups and fascism have been replaced by cocks and fashion!

Buenos Aires was the first city in South America to create civil unions for gays and lesbians, has the second largest gay pride parade in the region, and is filled with furiously fun gay bars and clubs.

It’s also one of the cheapest places in the world to visit. But, as the USD decreases in value, be sure to keep up to date with the current levels. You can pay less for a meal than you would to take a taxi in New York! But the real treat is the men who are a nearly perfect ethnic mix of Italians, Spanish and Germans – resulting in a race of tall, constantly tan men who know how to dress very well.

Because the city mixes extreme wealth with even more extreme poverty, Buenos Aires is not the safest city in the world – but as long as you watch your back, you shouldn’t have any real problems. 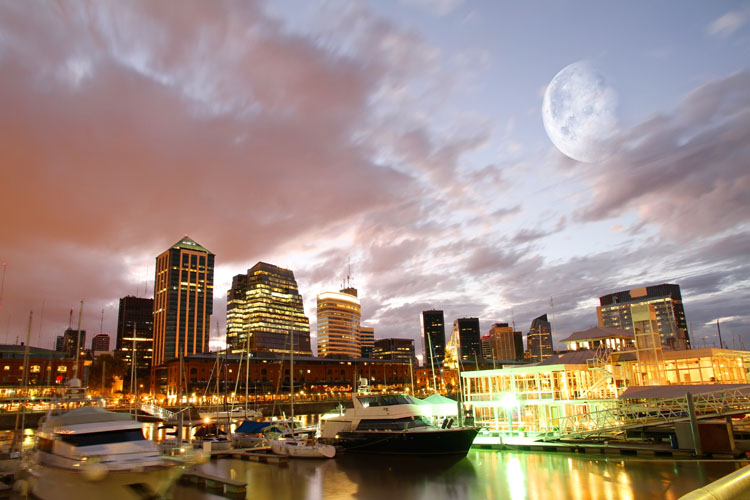 So, let us show you the sights and sounds of beautiful Buenos Aires.

In Buenos Aires, you have to watch your back – literally! Like most South American countries, HIV rates in Argentina are much higher than in the United States or Europe – so before you dip your dick, always glove your love!

You should also cool it on the cruising unless you are in a bar or club. Public sex is against the law in Argentina, and the parks are very closely patrolled. Unless you want to end up starring in the next season of Prison Break, you don’t want to ever fuck with the Buenos Aires police department. Their idea of civil rights is somewhat less civilized than our own!

You should also be very wary of the taxis on the street. Never, ever get into a random cab. There are groups of bandits known as the “taxi mafia” who make their living mugging people who get into their cars. 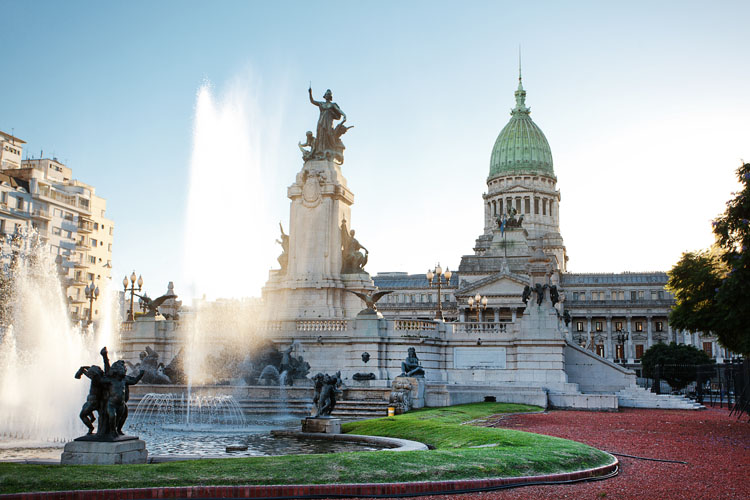 Instead, you need to always get in a licensed radio cab – which any hotel, restaurant, bar or club will be happy to call for you. The same is true at the airport, where you need to go to the information desk to have them call you a cab – instead of going near any of the ones that line up outside the arrivals terminal.

The gay scene in Buenos Aires is huge, but very laid back. During the day, if you keep your gaydar up you’ll be able to find some boys to flirt with in the many outdoor cafes that litter the city. But, until dark you won’t find anyone being particularly flamboyant. 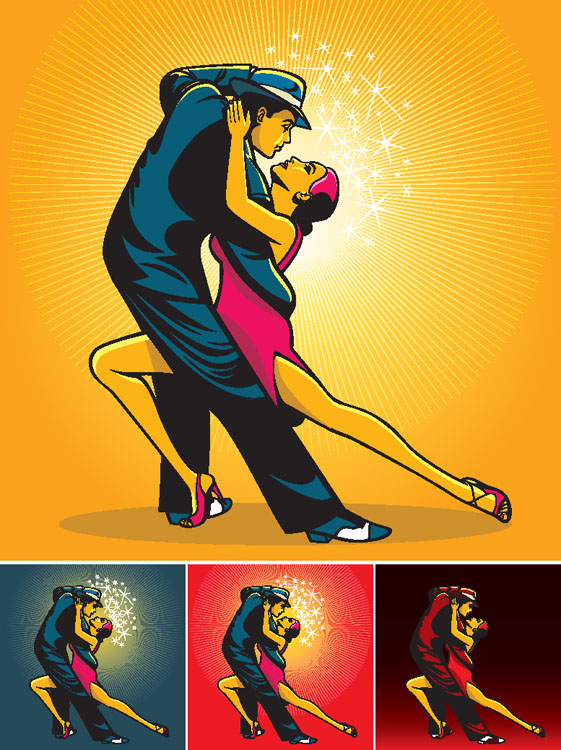 That said, there are many, many gay sex clubs, bars and discos in Argentina – and once you are behind closed doors you’ll find tons of drag queens, sexy studs, hot boytoys and anything you could ever want to get your hands on!

Most of the gay bars and clubs don’t open until midnight – and most don’t get busy until around 2 AM. They stay open, however, until around 9 or 10 in the morning, so you’ll have plenty of time to get your gay on.

Just take a nap in the afternoon to keep your energy up!

When you first get into Buenos Aires, you’ll want to pick up a current copy of the Gay Map, which is available at all of the local tourist offices – including the one in the airport. It is a constantly updated guide to the newest and hottest gay bars, clubs and restaurants.

There is a huge gay escort culture in Buenos Aires – and you’ll find ads for ravenous rent boys in the backs of most of the trendy local magazines. Most of the boys speak English, so you won’t have to speak Spanish to get yourself some Greek! If you are like us, you like to pamper yourself when you travel – in which case you might want to make a reservation at The Axl, the first all-gay five-star hotel in Latin America!

The Axl is located right in downtown Buenos Aires, and its bar and swimming pools are at the heart of the wealthy gay scene.

The cruising is subtle but almost non-stop – and while you’ll pay more for drinks here than anywhere else, it’s about the only place you can peruse the penis during the day, which in my mind makes it more than worth the expense!

The rooms book up in advance – so get your sugar daddy to make your reservation, so you can get laid without any hesitation! 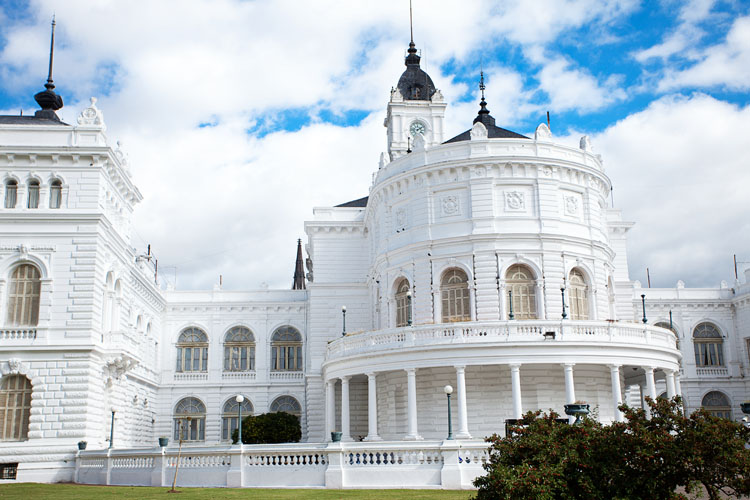 While the gay scene starts late in the day, Barrio Norte makes it easy to cruise once the bars get hopping. Barrio Norte – composed of the Recoleta and Palermo city districts – is Buenos Aires’ gayborhood.

You’ll find that almost all of the gay bars and clubs in the city are located within walking distance of each other here.

While the area is quiet during the day, the rainbow flags come out at night and the party begins. Barrio Norte is one of the safest parts of the city at night, so you can feel free to move from bar to club without having to constantly watch your back.

The bars and clubs are a good mix of drag shows, male strippers, and dancing. Almost all of the bars and clubs have back rooms where anything goes, and several of the clubs allow sex on couches and beds spread out around the dance floor.

During the day there are several saunas open where you’ll find it easy to discover fellow cockaholics, and the night time sex clubs are very open, obvious, and orgasm-inducing!

For more than 15 years, Buenos Aires has held the second-largest Gay Pride event in Latin America – Rio being the biggest.

The festivities are always held in early November and attract tens of thousands of Latin American gays for parades, parties and penis!

The events usually start in the Plaza Mayo and then move on down to Barrio Norte. There is plenty of police protection and lots of cockalicious cruising. You’ll find that the city and the police become much more tolerant of public fooling around.

I’m delighted to report that the parade is particularly dragalicious with some of the best queens we have ever laid our eyes on!

The sex clubs are open all day during pride, so you can float your boat if you get bored of the floats! 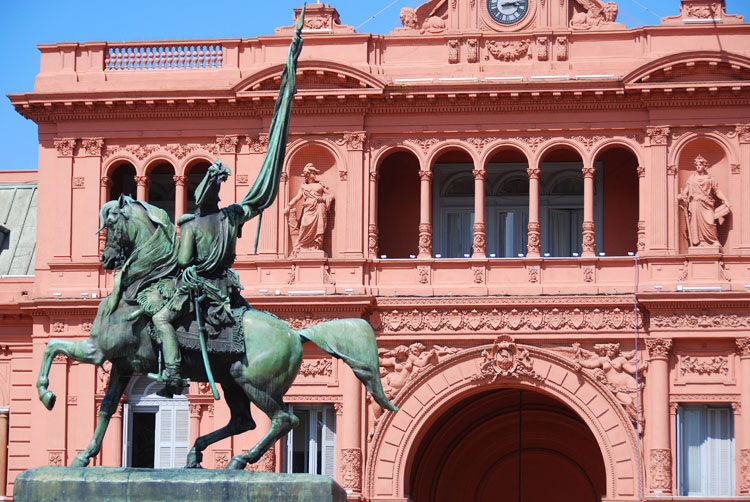 If you get homesick, we suggest taking a visit to Luis Maria Campos Avenue, where one of the few remaining casts of the Statue of Liberty stands proud.

While nowhere near as large as the final product, this is one of the models that were used when building and designing our Statue of Liberty. It’s a meeting place for many of the local members of the ex-pat community living in Buenos Aires – and a sign of continued good relations between America and Argentina.

One of the most beautiful and popular tourist areas during the day is the world-famous and absolutely gorgeous Buenos Aires Botanical Garden, designed by French landscaper Carlos Thays in 1908.

Located in the dead center of Buenos Aires, the Botanical Garden has more than 7,000 types of plants and flowers over a seven-hectare area.

You can spend hours tiptoeing through the tulips and scoping out other nature lovers. Just remember to stop and smell the roses!

The heart and soul of Buenos Aires is The Tango – the sexy and romantic dance invented in this city and still danced every night by local residents in formal attire.

The tango is the equivalent of having sex while standing up, and it takes a lifetime to properly master. The dance first emerged in El Viejo Almacen, and this club is still considered the best tango nightclub in the world.

If you know how to tango, you’ll have no problem finding a partner to dance with. If you don’t know, you’ll want to simply sit back and watch as well dressed men dip fabulous women and lead them across the dance floor!

It’s beyond divine and deeply memorizing! Just remember to dress up – because you got to look as good as you should!

The highlight of your tourist day will be a trip to Florida Street – the main pedestrian shopping area in the heart of the city. It is filled with street performers at all hours of the day and night.

Florida Street is also home to some of the best – and least expensive – leather shops in the world, where you can find everything from warm winter coats to some of the hottest leather fetish gear available anywhere.

Meanwhile, there are some delish outdoor restaurants and enough cute boutiques to keep you busy for hours!

The bars here are open all night long, and you can party the night away – or kill time before hitting the Barrio Norte sex clubs!

There are also some small tango bars here if you want to try out your moves in a relaxed atmosphere before hitting the more serious tango bars later on your trip.

Either way, you’ll have a gay old time!

Get Ready To Tango With The Boys In The Barrio In Buenos Aires!

Whether you want to hit the gardens, find a sexy sauna or get laid next to the dance floor in the wee hours of the morning, Buenos Aires will bring you to your knees!

The city has everything a fabulous fag could want – from high fashion, to great restaurants to steamy sex clubs!

All you have to do is get on a plane, stay safe and let your inner Evita fly high!

So why not take your next trip to the land of Peronistas and Penis!