Whip Out Your Buckey: It’s Our Guide To Gay Columbus, Ohio 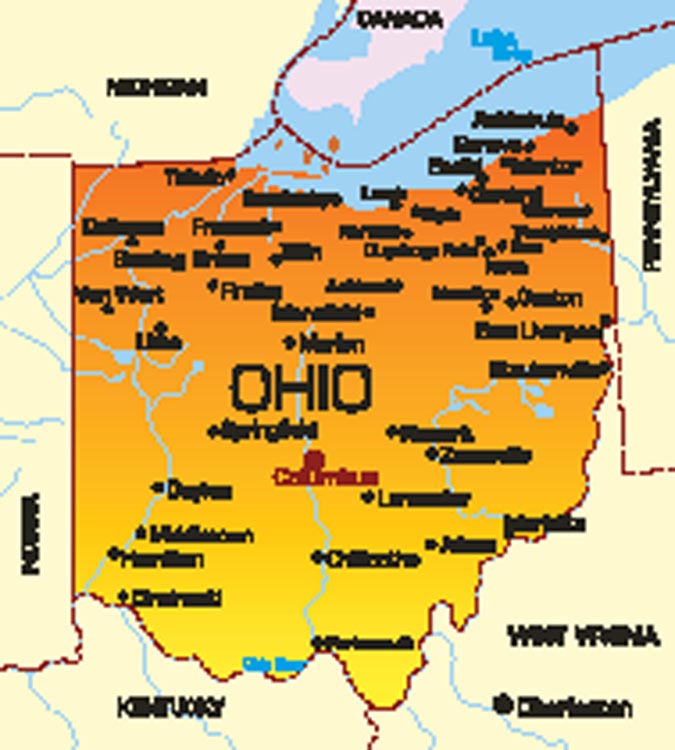 When most people think of fabulous gay vacations Ohio may not be top of their list.

But let me tell guys how wrong you are! Columbus Ohio is completely fabulous and we are about to show you why!

Let us take your hand and show you why the Midwest doesn’t have to be something you simply fly over between New York and San Francisco.

A bustling metropolitan area of almost 2 million people, Columbus was indeed named after that madcap traveler and favored pet of the Spanish throne, Christopher Columbus. It’s nestled in the arms of the Scioto and Olentangy rivers and experiences four actual seasons!

From buggies to Buckeyes, Columbus has a long, rich history of Midwestern gumption and American innovation. It might seem gentle and unassuming at first, but check out any list of America’s top cities, and you’ll find Columbus in there.

Columbus has long benefited from its location and place in American history – even throughout the Depression and other times of National strife, it just keeps plugging along. Its inhabitants are relaxed, liberal, and very welcoming to visitors form all over the world.

Well, Pinta, one of the things I adore most about Columbus is something that’s increasingly rare in this bustling world – it has over 23,000 acres of public parks, which are part of an organized group with the very accurate name of Metro Parks. 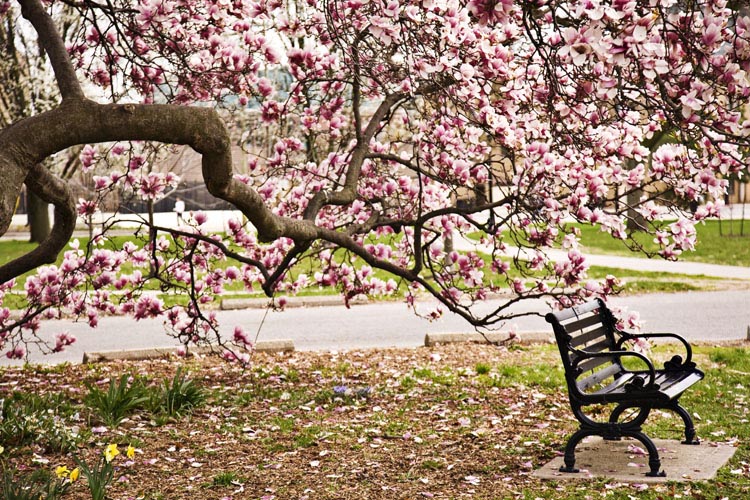 There are 15 parks altogether, each one lovingly maintained by Franklin County, and each one boasting a special feature – from golf courses to historical farms, from geological marvels such as Glacier Ridge to wildlife refuges such as the Inniswood Nature Preserve. You are sure to find the perfect place to spend some quality time outdoors.

No matter where you are in Columbus, you’ll never be too far from breathtaking beauty and havens of peace and quiet. Pack a lunch and make a day of it!

The Ohio State Of The Art

If huffing and puffing through nature isn’t your cup of green tea, then the art lovers among my precious chickadees will be beating a path to the Wexner Center for the Arts, which is a part of the Ohio State University campus, another rarity in the world of underfunded, overhyped culture.

The Wexner Center boasts artists’ residencies, multimedia exhibitions, fascinating permanent installations, and a complex, drama-filled architectural history. It won its place in the annals – no, I said, annals, dear – of art history with “Mood River” in 2002, which featured works by the heavy hitters of industrial and commercial design.

With over 12,000 square feet of galleries, and home to a bookstore, café, performance paces, theaters and post production studios, the Wexner Center is completely and totally fabulous! Make sure to check the local media for word of lectures by internationally known artists and designers.

And for a healthy dose of American modernism and German expressionism, the Columbus Museum of Art will not disappoint. Columbus truly is a bastion of culture!

Sleek Muscle Men Lathered In Oil And Posing For You

Did I get your attention? Good, because you’re going to want to hear what we has to say about the Arnold Classic. 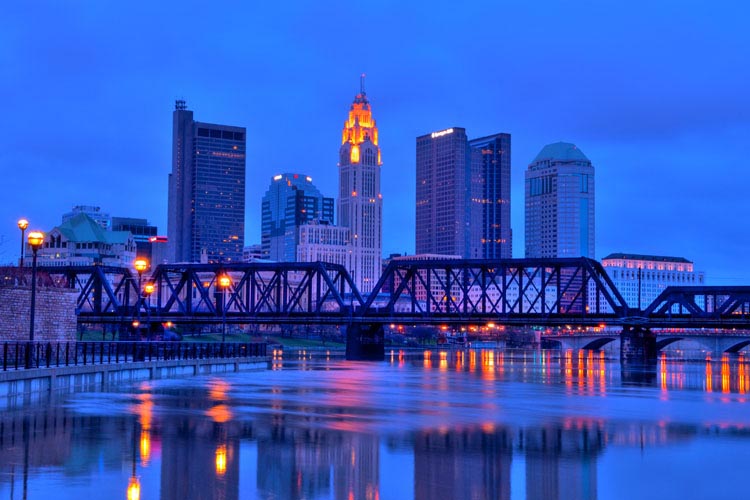 It might sound like a golf tournament, but it’s Schwarzenegger, not Palmer, for whom this competition is named – and the only balls here are hidden behind swimsuits smaller than most dinner napkins. If hard bodies and a room full of testosterone make you weak in the knees, then head to Columbus in early March to see the bodybuilding competition that awards big prizes for big muscles.

But if all that grunting is groaning doesn’t float your boat, there are plenty of other competitions to catch – figure skating (love it!), cheer leading, yoga, martial arts and wrestling, are among the dozens of tests of physical strength and agility here at the Arnold Classic.

There are not one, but two neighborhoods in Columbus where Friends of Dorothy go to see and be seen.

The quaintly named Victorian Village is in the northwest section of Columbus’ downtown area, and features absolutely adorable houses dating back to the early 1900s. Whether renovated and split into apartments, preserved pristine historical landmarks, or restored to their original splendor and inhabited by fabulous people, these houses are not to be missed.

And every year in September, a dozen of these homes are opened to the public for perusing, oohing and aahing. The festival, known as the Parade of Homes, also features charity dinners held in Columbus restaurants and occasionally in homes, and a special bonus is a home shown the night before the festivities commence. 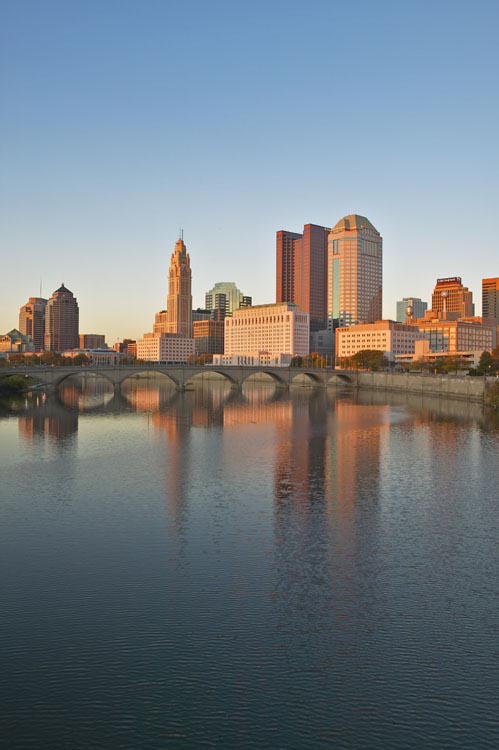 The Short North is another delicious neighborhood, even if the name isn’t particularly inviting. But Santa Maria, what this place lacks in name, it makes up for in stamina!

The Short North is where you’ll find a high concentration of art galleries, bars, coffee houses, nightlife, and beautiful boys. It’s host to “Gallery Hops” on the first Saturday of each month.

Lighted archways soar over the streets in homage to the area’s streetcar past. Pride flags are proudly displayed in the windows of The Short North’s shops and restaurants, and many storefronts are decorated to the nines with gorgeous murals in striking colors.

And the nightlife in Columbus – is an overwhelming surprise! One would think that with Ohio State University being such an integral part of the city’s character, one would be hard-pressed to find a sophisticated cocktail experience. But, one would be wrong.

While there are establishments that cater to Buckeye fans and clueless co-eds, there is a remarkably high concentration of well-appointed, elegant bars where one can order an appletini and sip it in peace. For more nocturnal desires, there’s Axis for boys, Wall Street for girls, and Havana and Union Station for everyone under the sun.

I Love A Parade!

Much-loved participants in the yearly event include the “Marching Fidels” – a rowdy group of Castro look-alikes who do everything from take naps along the parade route to drag bystanders to march for their fabulous cause. The local Rocky Horror Picture Show gang gets into the mix as well, strutting their campy selves down High Street clad in iconic lingerie. And who doesn’t love Roller Derby babes gliding by and causing a ruckus?

The Columbus Stonewall Pride celebration every June is one of America’s top Pride events, with weeklong festivities, activities and proclivities enjoyed by all and sundry.

And keep your ear to the ground – for word of the resurgence of a popular circuit destination, the Red Party or the Chrome Party. It dissolved in 2006, but word on the street is that it’ll make a comeback come September!

Now It’s Your Turn To Be The Explorer And Discover Columbus!