Going Down The Slopes: Guide To Gay Denver 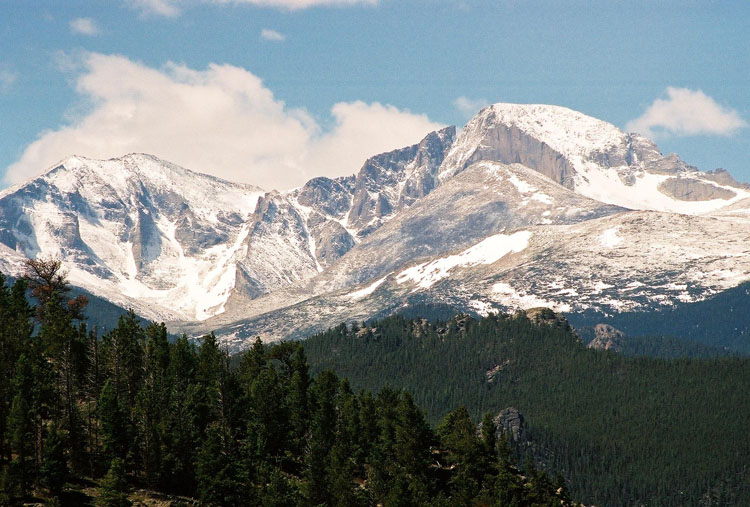 We are here to tell you about the great city of Denver and how you can have a fabulous time in the Mile High City!

I knew I would love Denver when I discovered that its nickname is the “Queen City Of The Plains!” 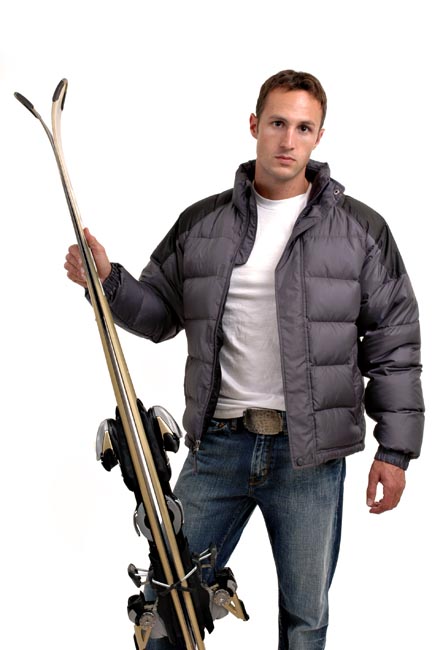 Now what passes for culture in Denver is far from exciting if you are used to the thrills, chills, and spills of the East and West coasts. But, so what? You don’t need to go to the ballet every night!

Sometimes it’s fun to just get away from it all, chill out, and hunt for studly men and delicious boytoys during your Gay vacation!

Denver is all about fresh air, exercise, skiing, and embracing the beauty of the great outdoors. The city is really a mile high above sea level – so many people feel a natural high for the first two or three days they are in town. 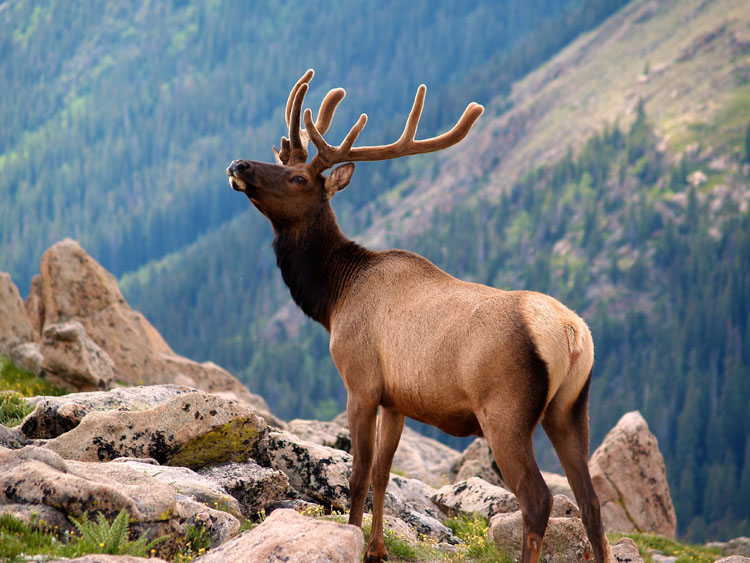 Of course, Denver is the capital of Colorado – and the most densely populated city in the state with a population of more than a half a million people living in the shadow of the spledicious Rocky Mountains. 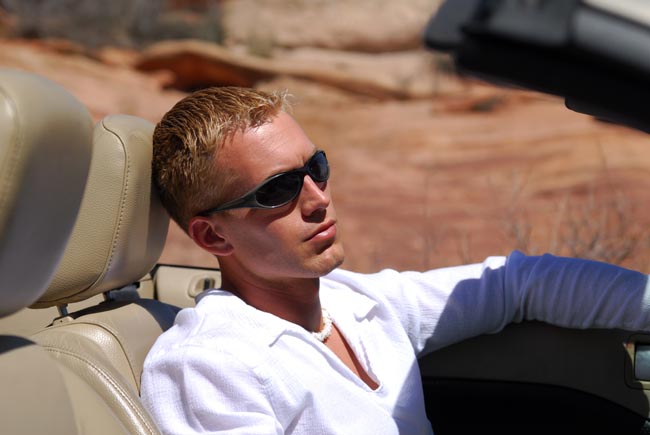 What you’ll notice when you first arrive is how fit and healthy everyone – particularly the men – seem to be. That’s because the city culture encourages ruggedness and exercise – and almost all of the fun things to do in Denver will help you work up a sweat!

So, if you want to get away from the hubbub of the big coastal cities and see some real manly men – and hot ski instructors, let us dish the dirt on Denver. It makes us feel like the Queen for the Day!

There are two main centers of gay life in this tiny mountain city: Colfax-Capitol Hill and South Broadway. 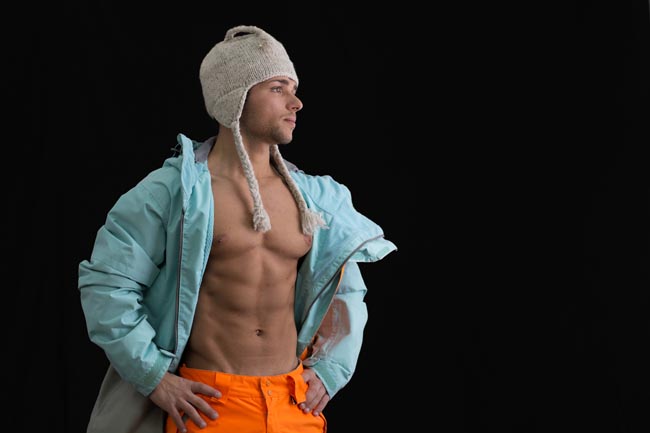 As you would expect, both of these gay neighborhoods are fabulous in a rugged western way – with delightful shopping and restaurants during the day and fun clubs to see and be seen in at night. There are also a gaynourmous amount of bed and breakfasts in both gayborhoods for you to stay in – most of which are in beautiful resorted Victorian homes.

There seem to be a higher percentage of leather bars in Denver than in most gay ghettos – but this may simply be the Denverites fascination with cowboys and cheeky chaps!

Being High But Staying Healthy in Gay Denver

When you are in Denver you are naturally high without having to resort to weed, tina, coke or even cocktails– since you are a full mile above sea level. This is not a problem for most people, but you do need to protect yourself – and not just with rubbers!

Some men, even the most studly and sexy of you, can be prone to Acute Mountain Sickness – which simply means that your body does not respond well to the thinner air at the higher altitudes.

You’ll know you are suffering if you find yourself short of breath, pissing more often than usual, waking up in the middle of the night, and hyperventilating.

Don’t worry – Acute Mountain Sickness won’t kill you – and you can get treated for it with prescription medication.

The important thing is that if you are visiting Denver and feel any of these symptoms, go to a doctor immediately and get some pills so you can go back to having a gay old time.

You’ll also need to protect your skin. When you are at higher elevations there are more ultraviolet rays in the sun than you are used to. Plus, in Denver, the sun often reflects off the snow of the mountains.

Both of these factors mean that you are an increased risk of sunburn and skin cancer – so wear lots of sunscreens – even if it is a cold day.

That way you’ll feel nice and comfy for your hot nights!

Held every June, Gay Pride weekend in Denver is considered one of the top 10 Pride events in the country.

In other words, it’s totally fabulous.

Last year more than 200,000 people turned up for Gay Pride Weekend – which is fantastic when you consider that there are only about 500,000 people living in Denver to begin with! 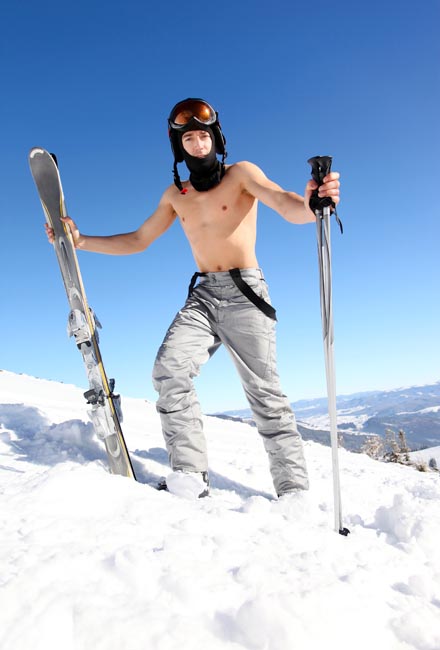 Most of the Denver Gay Pride events are centered around Colfax Avenue and include family events, fabulous floats, DJs, and lots of dancing in the street.

In 2007 Tiffany was one of the main headliners of Denver Gay Pride – how fabulous is that?

Denver is home to the largest annual Cinco De Mayo celebration in America. Celebrating the day of Mexico’s independence, the Latin boys and girls throw a huge party throughout the city every May 5. Cinco De Mayo is also considered a huge beer-drinking holiday – and most years Budweiser sends down their Clydesdale Horses as an event showcase.

All in all, it’s a fun and fabulous excuse to drink too much, flirt with some Latin boys, and check out lots of divine and tacky entertainment.

Most of the nation’s currency is created at the United States Mint – right in the middle of the Colfax Avenue gay neighborhood. It costs nothing to tour the mint – where you can see coins and bills being processed, look at older currency, and get a history lesson about the different ways the American dollar has been made over the years.

You do have to call a couple of days ahead to make a tour reservation, however – and you are not allowed to bring any cameras or even cell phones with cameras built into them into the mint – in order to protect against counterfeiting.

Still, it’s fun and fantastic to see money being made before your eyes, and it’s a good break on Colfax if you are tired of cruising the cowboys.

In the downtown Denver Civic Center, you’ll find the Denver Art Museum – home of the largest single collection of Native American art in the country. In fact, it has more than 55,000 divine vintage examples of Indian artwork on display. The Denver Art Museum has also gone out of its way to keep up with modern art and has works by Man Ray, Hockney and Damien Hirst.

There’s a little bit of something for everyone in the museum – which is one of the few cultural finds in the city! Gay or straight, bi or curious, the main reason most people choose to visit Denver is that it has some of the most divine ski trails in America. And, who can resist checking out hotties in tight Lycra and they swish down the slopes, build up a sweat, and use their poles to their maximum advantage!

Most of the best trails are in the Rocky Mountains overlooking the city – and there are lots of hotels in the slopes and public transportation between the city and most of the resorts.

Snowboarding and snowshoeing are also popular ways to play with the white powder, stay in shape and have an excuse to check out the man candy in the mountains!

If you like to dress up – and I know many of you readers do – then you might want to book a trip to divine Denver during Buffalo Bill’s Birthday Bash – held every February 25.

The daylong event encourages participants to dress up like their favorite Wild West character – and fabulous prizes are given out for the most original and authentic costumes.

The costume contest categories include:

If that’s not an invitation to strut your sexy little stuff and be all the diva you can be, I’m not sure what is!

Just save the Mountain Men for me!

Come On Up To Denver – You’ll Have A Fabulous Time!

Come on you know you’ve always wanted to join the Mile High Club. All you have to do is visit Denver – and you don’t even have to worry about getting yourself wedged into a tiny little airplane bathroom. Plus, the State of Colorado legalized marijuana and therefore you can join the Mile High Club and get high all at the same time! 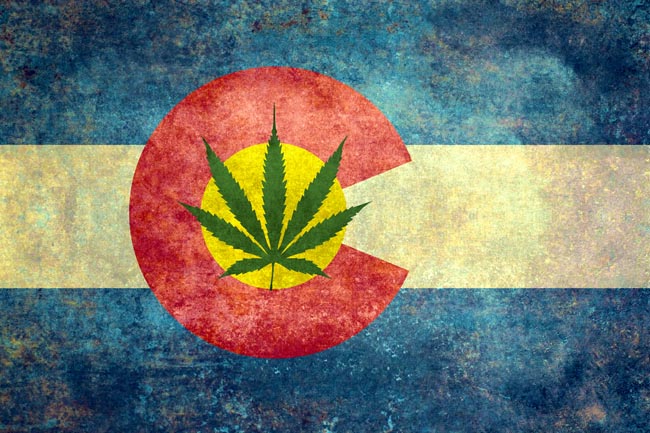