Most gays love to sit in the sun and watch the boy toys play in the sand. 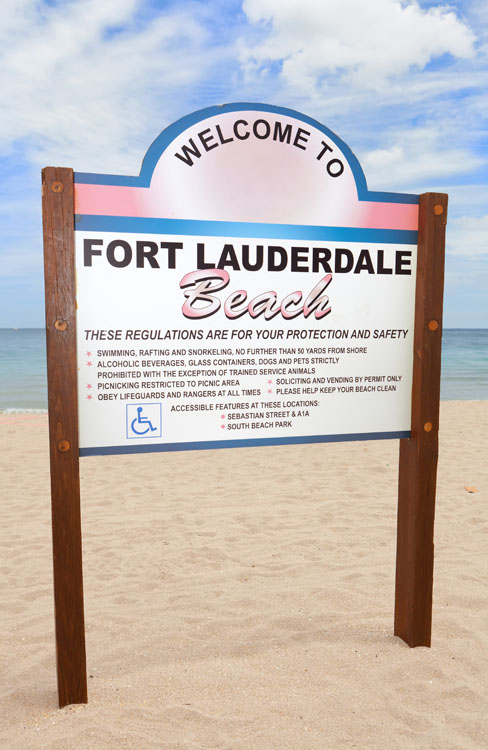 But, you can’t always afford the airfare to go to Rio – and Provincetown can get awfully chilly in the winter.

So, what’s a gay guy to do when he needs to see bronzed musclemen in the winter but wants to stick to his budget?

It’s so simple even a timid twink just out of the closet could figure it out!

Just go down to sunny Fort Lauderdale – the gayest friendly city in Florida, and home to tons of hunky homos ready to party the night away after sunning themselves all day long! You might not expect it, but Fort Lauderdale – known as the Venice Of America – is a totally gay vacation destination filled with manly men and the delightful divas, drag queens, and bottom boys who love them!

So, let boytoy.com be your guide to The Queen City – the fabulous Fort Lauderdale, Florida!

Wilton Manors is the gay neighborhood of Fort Lauderdale. This divine section of town has its own gay governing body, and actually has restaurants that have to advertise that they are “straight friendly.” 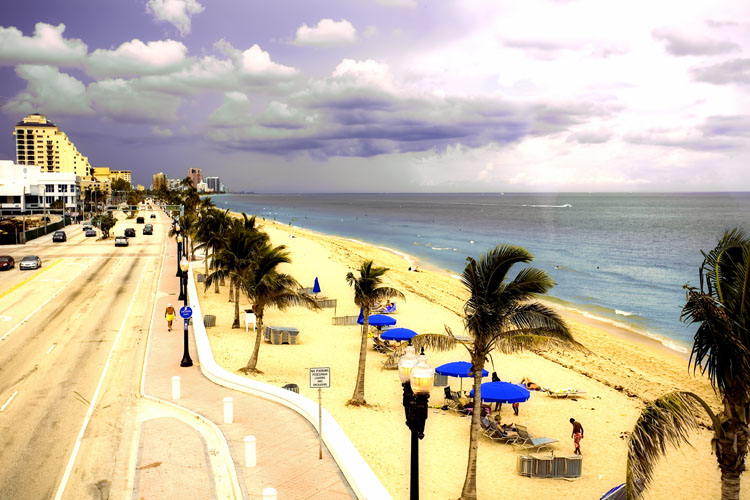 How divine is that?

Wilton Manors has the third-highest gay population per capita – in fact, there are approximately 1,270 percent more gay men per capita here than the national average!

In other words, it’s the breeders and their brood that are in the minority here. While there are a few delicious dykes here, most of the population is male – and almost all of them are out and proud!

As you would expect, you’ll find great restaurants scandalously sinful shopping experiences. Those of you looking for a little Latin man love should also be aware that there is a huge gay Cuban population in Wilton Manors.

So, the odds are that IS a burrito in his pocket, and he IS glad to see you!

Fort Lauderdale is home to more than 30 gay guesthouses and resorts – many of them clothing optional, and almost all of them cock-crazy cruising spots. Many of them have naked bellboys and clothing-optional areas. 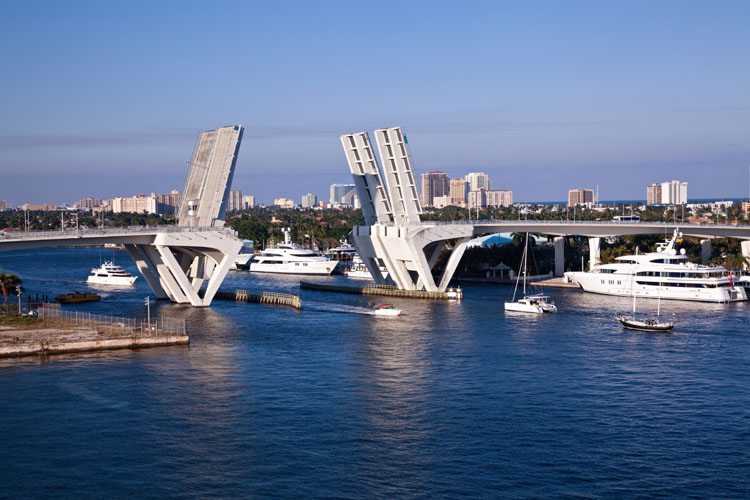 Most of these fabulous resorts and guesthouses are located on or off of Terramar Street by the beach, and are close to several gay bathhouses – for those of you who can’t wait to sate your craving for cock at the Wilton Manors nightclubs!

You’ll find all sorts of guesthouses fitting nearly every budget – from tiny bargain bungalows to giant suites with full amenities!

All of them are great places to stay when you want to get your cock on! 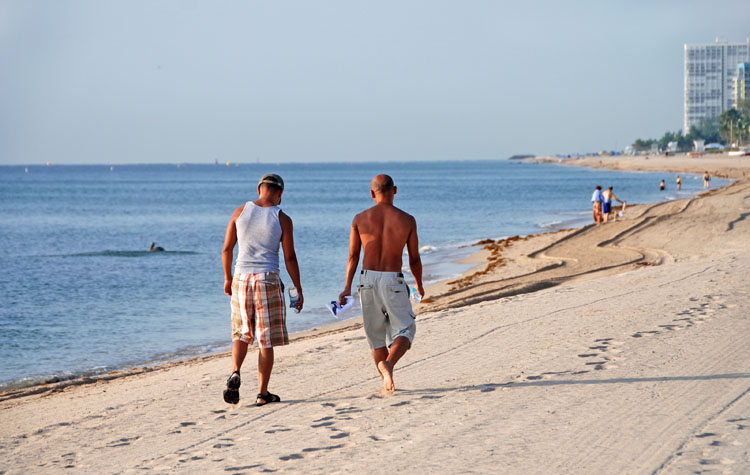 Sebastian Street is where you’ll find the most popular gay beach – with lots of beautiful muscle boys sunning their hard bronzed bodies all day long! It’s perfect for looking at tons of eye candy!

If you don’t want to just look but want to actually play with some man meat during the day, you’ll want to head over to the much more hardcore Terramar Street beach.

Just be sure to bring condoms along with your suntan lotion – because almost everyone gets laid in the shade when they visit the Terramar Street beach!

While it’s not for the faint of heart, it will bring you to your knees! 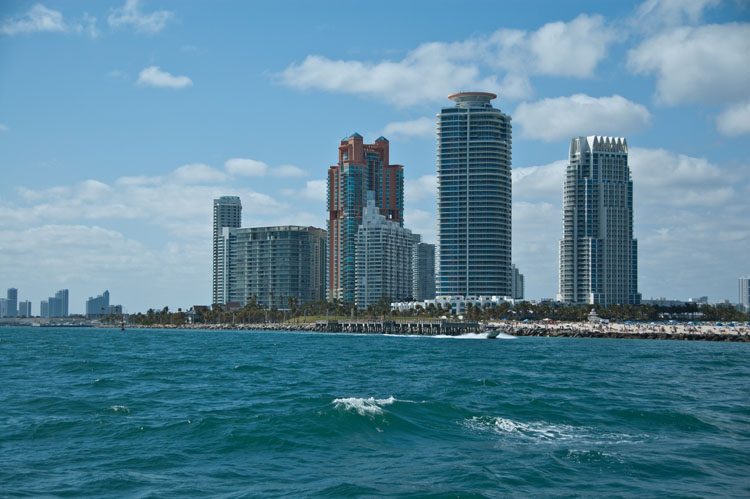 Gay naturalists – who want to flaunt their fatties and strut their stuff – will want to cruise over to Haulover Beach, the only all-nude gay beach in Florida! It’s a bit off the beaten path – and far from the guesthouses and bathhouses – but you’ll see a cornucopia of cock and a bounty of bronzed buns for your pleasure!

Who needs Brokeback Mountain when you can have a fabulous time checking out gay cowboys during the Southernmost Hoedown during Gay Rodeo Weekend?

Held every April, this weekend is packed with gay country singers, gay rodeo stars, and lots of boys who know how to ride!

Fort Lauderdale is home to the largest gay bear population in Florida. If you like your men a little scary and a lot hairy, you’ll want to visit the Woof Lauderdale Association – a fantastic place to bare it all for your bears! Under the heading “Men Who Make You Say WOOF,” the Woof Lauderdale Association holds an annual event each Thanksgiving weekend called Woof Fest!

Every year, hundreds if not thousands of bears and bear lovers descend on Woof Fest to bark at the moon, cruise for cock, and find sexalicious experiences!

There are pool parties, all-bear bathhouses, and lots and lots of cockaholics who are fond of furry fucking!

Best of all, the events are designed to raise money for healthcare for gay men – so you can not only hibernate with the bear of your dreams, but also help out a good cause!

Just remember – bring your condoms, but leave your razors at home!

If you love your men in cute white sailor suits – or are just a fan of the Village People – you’ll want to head down to Fort Lauderdale in May for the annual Fleet Week Events. 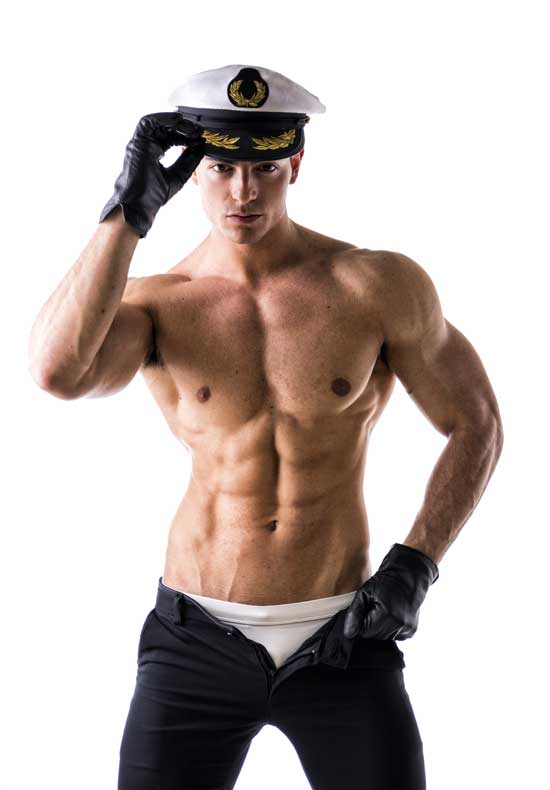 Every year, sailors get a weeklong shore leave in Fort Lauderdale and hit the bars and clubs in order to get laid after months spent out in the high seas.

You’ll see them on the beach and, most importantly, in this era of “Don’t Ask, Don’t Tell,” a lot of these seamen hit the clubs looking for semen to float their boats!

Whenever you are the new boy in town, you want to be able to hit the circuit and get your cruise on – but it can be almost impossible to keep up with the most fagfuckingtastic hot spots and fabulous gay bars.

After all, you don’t want to end up in a bar full of boys who are totally last season!

But, you also don’t want to drive from bar to bar in order to find the coolest cocks and most divinely delicious boytoys, and risk getting pulled over for drunk driving!

Pride Ride is an all-night service that brings you to all of the coolest clubs. It’s owned and operated by local gay boys who know what’s going on in the scene.

What’s even more delicious is that the bars support Pride Ride by giving discounts on drinks to anyone who uses the service!

So, you get to avoid dealing with cops, making sure you don’t get caught in a dive bar, and saving money on your liquid lubrication!

What could possibly be more fantastic?

For more than seven years now, Fort Lauderdale has been home to the most fabulous Florida festival a Friend of Dorothy could possibly want – the Stonewall Pride Festival.

You’ll be able to drink, dance, and dick the night away – while helping to remember that cock crazy queers didn’t always have it this easy!

So, fight for your right to party!

If you don’t feel up to the Pride Ride, but still want to have a fabulous time and find out where to cruise for booze, boys and bottoms, you can check out either of the two local gay newspapers to find out where to go out and get it up!

The Express Gay News and Hot Spots Magazine both are available at almost any newsstand and will keep you up to date on circuit parties, new clubs and all of the homo happenings in the city!