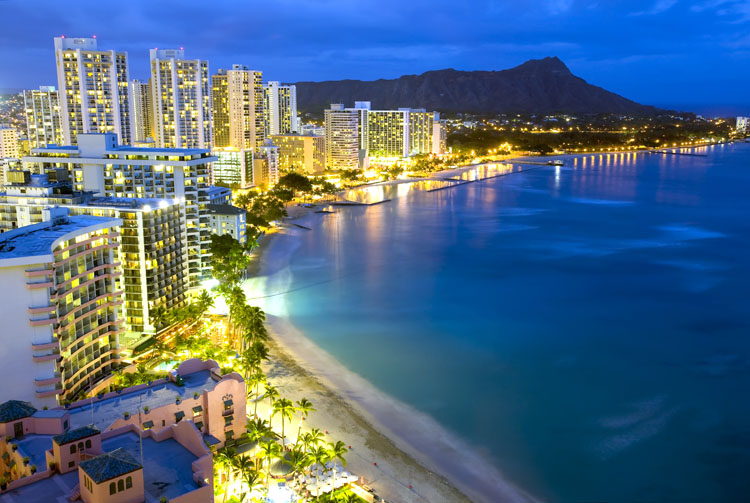 What could be better on vacation than sitting on an island beach surrounded by tan surfers, cool blue waves and a nearly endless supply of cabana boys to bring you every drink under the rainbow?

You’ll get all that and more – including the gayest friendly native population in America – when you visit the fantastic city of Honolulu. 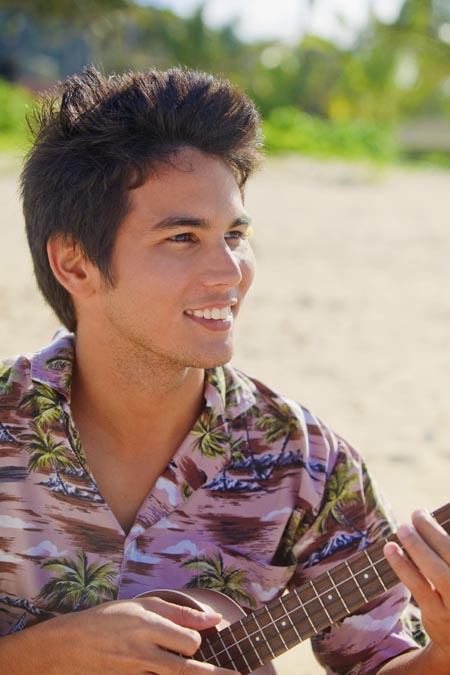 As soon as you step off the plane in this “sheltered bay” you’ll get leid by gorgeous local boys and girls. But, don’t let your dirty little mind go in the gutter! Leis are the flower necklaces traditionally worn in Hawaii, and getting “leid” simply means that they’ll put it over your neck for you! 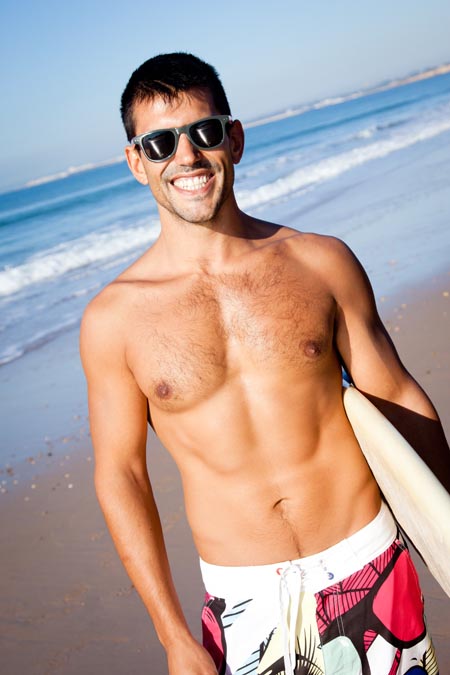 So, put on your Speedos, break out the Bacardi and kick back while the fabulous Madame Ovary takes you on a tour of Honolulu and shows you how to find the brown-bottomed boys of your choice!

After you check into your hotel, the first thing you’ll want to do is head down to the surf and sand and start checking out the local talent.

Honolulu is full of gay beach bums who are practically bursting out of their tight swim trunks, and surfer dudes with enough natural muscles to make even the biggest queen weak in the knees!

While the main tourist beaches are still filled with breeders on honeymoons or middle-aged straights from Iowa with their spawn, there are a number of hot gay beaches to explore – and find the boytoy of your dreams to play within the sand under the sultry sun. 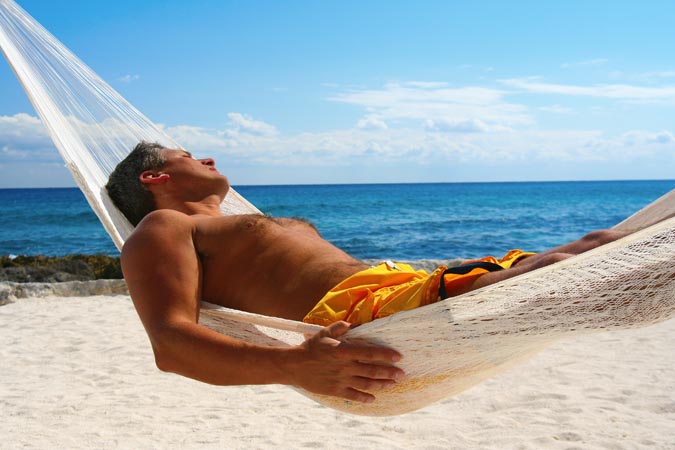 The fagtastically named Queen’s Surf is by far the most popular gay beach in Honolulu. Just head over to Kapiolani Park. Between the entrance and the aquarium, you’ll find a gorgeous gaggle of gays.

The beach has a great snack bar and secure restrooms where you can take your new friends for a few minutes of private man on man action when the mood strikes you! 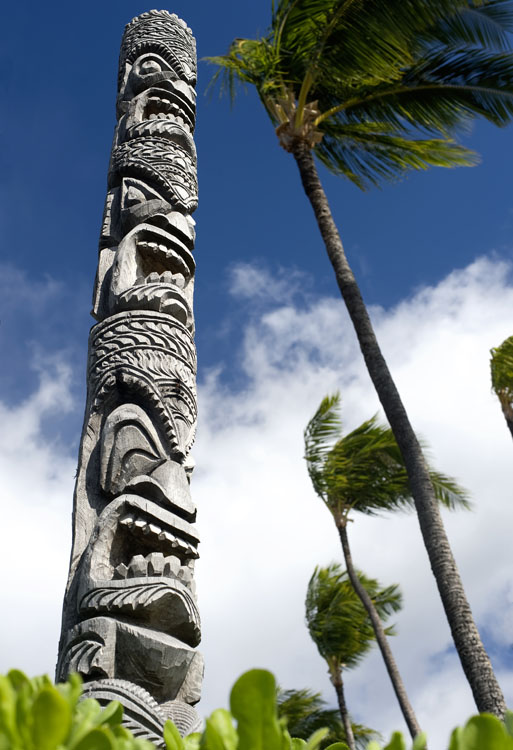 Mokuleia Beach is the second-most popular gay surf and sand destination in Honolulu. It has plenty of fabulous services, including bars, food, bathrooms, showers, campsites, and parking.

It is also cruising heaven. When you get to Mokuleia Beach Park, look for the path that leads into the nearby brush. Once you are inside you’ll notice lots of men scoping the studs. Find one you like, move to a private spot, and make this beach your own private bathhouse!

Lanikai Beach is where straights and gays mingle, and your best bet if you want to find yourself a bi boy to bring over to the pink team! It’s fairly remote – you should ask your hotel for a map if you want to find it. Once there, you’ll see crystal clear water and some of the hottest straight-acting fags on the island.

They’ll make a man out of you – just make sure you don’t confuse your sunblock with your lube – not that that’s ever happened to us! 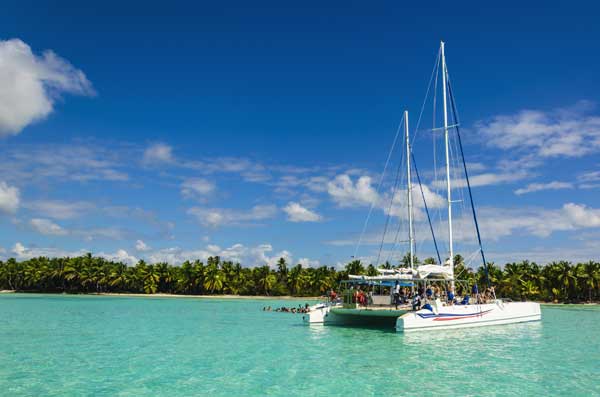 You need to dress divine – because these gays are out to impress and the ugly or straight looking are certainly not welcome. If you can be your most fabulous, however, you’ll love the unlimited drinks – which make it so much easier to screw up the courage to get screwed by the beautiful boys and sexy studs you’ll run into as they float your boat!

To sign up for the cruise, just head over to Hula’s Bar And Lei Stand – one of the sexiest and most spectacular gay watering holes on the island!

When you wake up Sunday – and manage to kick the stud you picked up on the catamaran out of your bed, you’ll want to head back out – and get or give more head!

That’s why every Sunday in Honolulu, we head back to Hula’s Bar And Lei Stand and signs up for Gay Luau Night. 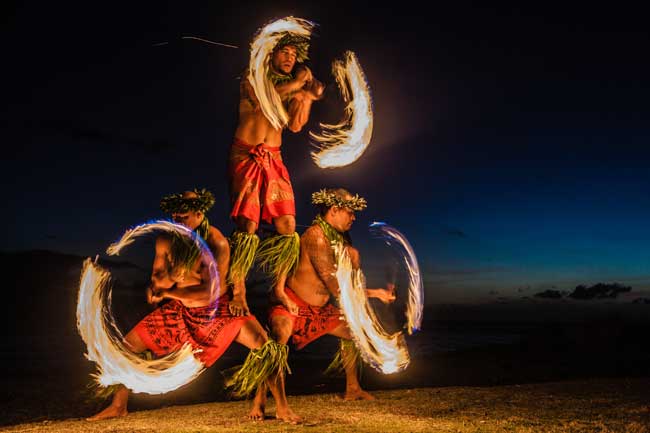 Luaus are a fabulous Hawaiian tradition where you are served traditional meats cooked on the beach and entertained by beautiful local bodies dancing to tribal music.

The official Royal Court of Honolulu attends each and every fantastic Gay Luau night – so you’ll get to see the local drag queens and divine divas strut their stuff as the sun goes down.

You might want to go down yourself once darkness hits and the private secluded sections of the Luau site are perfect for you to mate with any men you may have just shared meat with!

After all, you have to work off those extra calories somehow, don’t you?

For more than 18 years, Honolulu has hosted one of the most divine film festivals in the world – the Honolulu Rainbow Film Festival. 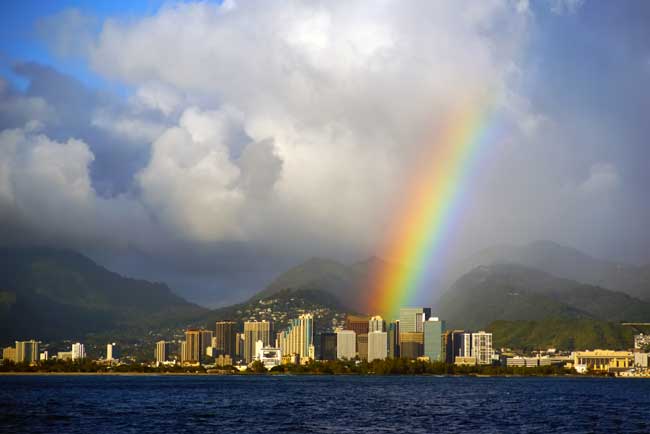 Each May, the festival presents gay-themed movies from around the world, while locals and tourists alike cruise from theater to theater in hopes of finding their true celluloid heroes!

You’ll find that the films are often daring, the men dashing, and the air conditioning a nice break after cruising the boys on the beach bars all day long!

Waikiki is the big tourist spot in Honolulu. Here is where you’ll find tacky tourist shops, happy honeymooners, campy tourist traps, and most of the hotels on the island.

The beach here is always crowded – but you can always get a divine blended drink and laugh at the straight boys in their Hawaiian shorts. They show popular movies on Waikiki Beach every night. 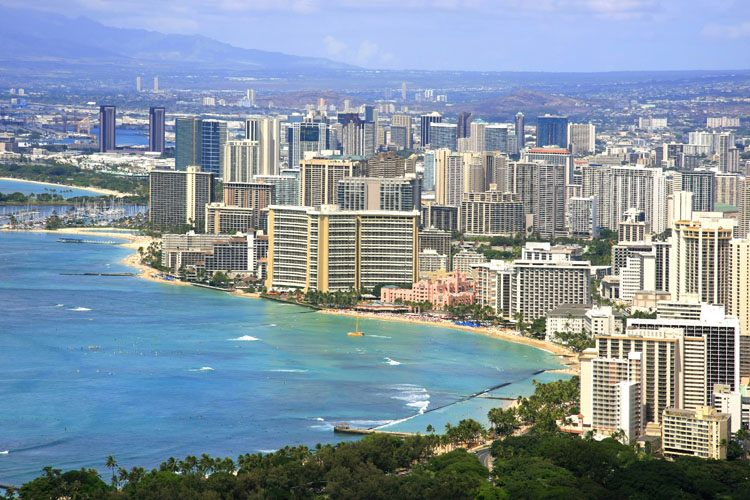 It is also considered the most famous beach in America!

The real fun of Waikiki is people watching – though you’ll want to keep track of your wallet as the insanely high numbers of tourists bring out the local pickpockets in droves.

More importantly, Waikiki is where you’ll find most of the gay bars and clubs – many of which are open until the wee hours of the morning – giving you just enough time to get your beer goggles on and search for the boy you want to bang! 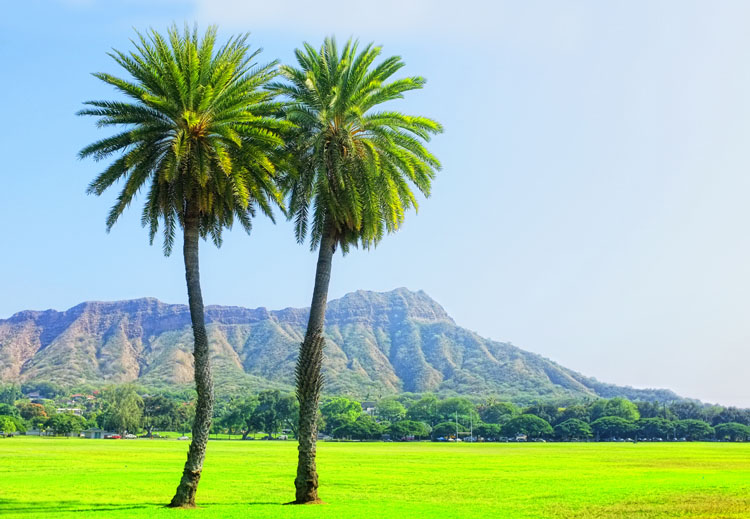 The best local restaurants are also in Waikiki – so if you can put up with the straight people, Waikiki will allow you to have a gay old time.

Despite the plethora of T-shirt shops and beer-bellied breeders, Waikiki is fantastic in its own way – and a great place to cruise for the boys if you don’t want to spend all your time on the beach! This volcano – made famous to an entire generation when the Brady Bunch got trapped inside – is easy to hike to, even for the most out of shape bear or fragile twink on the meat market!

Diamond Head is a 200,000-year-old volcano and is 762 feet high. You can wander in and out of the various craters and imagine what it would be like if it were ever to spurt its lava into the heavens again!

Given that Honolulu sits in the middle of the Pacific Ocean, it’s probably not surprising that it features the most authentic Chinatown in America.

This is where all you rice queens – and you know who you are – want to go to feast your eyes on well-tanned Asian boys, eat delicious Chinese food, and check out the herbal remedies and other ethnic delights that Chinatown has to offer!

Chinatown is located between Nuuanu Stream and Nuuanu Avenue, and you’ll find that fagulous Oahu Open Air Market – where during the day you can buy nearly anything your gay heart desires!

When not getting leid, scoping the boys on the beach, or shopping for crappy tourist junk to bring home to friends and family, you’ll want to either surf or watch cute surfer boys ride the waves! Surfing is one of the most popular activities of any Hawaiian gay vacation – after all, they do call the stuff they put on the boards “Sex Wax!”

If you are a beginner who wants to try surfing for the first time, you’ll want to head over to Waikiki Beach – where the water is shallow and the waves are around two to three feet high.

On the other hand, if you’ve surfed before – or just want to see the boys who really know how to handle the boards, you should probably take your cute little ass over to Kuhio Beach State Park where there are two famous surf sites with giant waves and the men who like to go along for the ride.

Book Your Tickets Now For Gay Honolulu And Get Ready To Bang The Boys Of Your Wet Dreams!

What’s not to like about a city where you can get leid as soon as you arrive!

Mix in bronzed bodies, sexsational nightclubs, and sexy surfers, and you have a gay vacation destination that any Friend of Dorothy would die for! 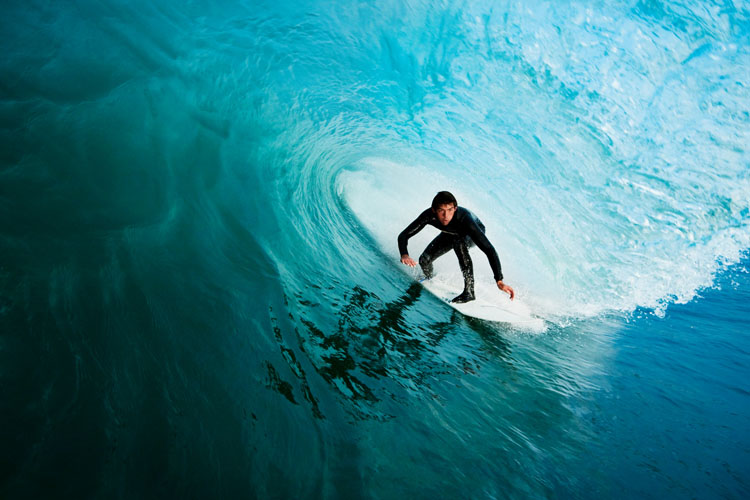