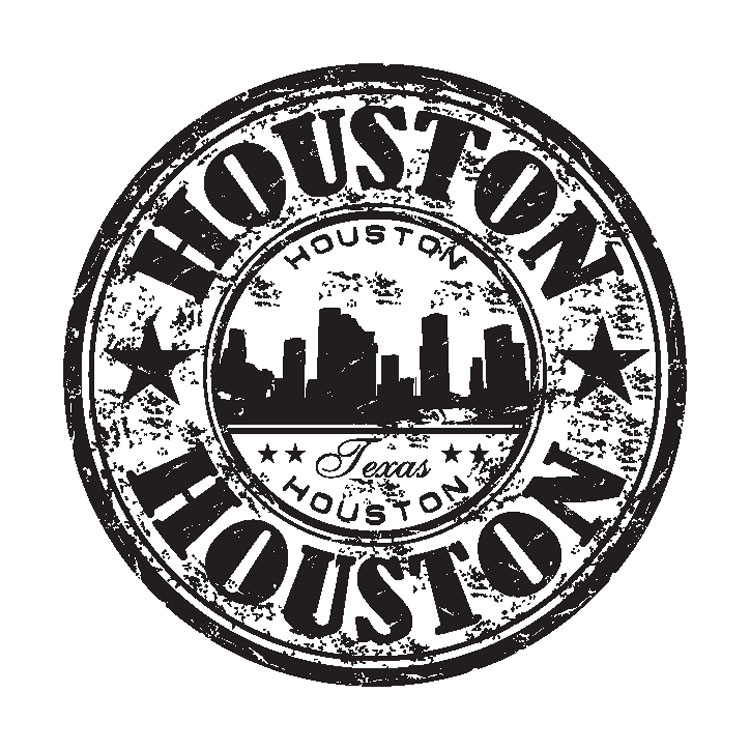 Gay Houston Because Everything Is Bigger In Texas

No, they don’t shoot queers in Texas. In fact, if you decide to visit Houston you’ll run into some of the coolest young gay boys in the country – and get your chance to see just how much bigger they grow them in the Lone Star State.

Houston is a very hip city and one of the few places in the world to be packed with well-educated gay hipsters. You’ll learn what the coolest music is, what movies and art are on the rise and probably find your choice of strong, handsome young men as you cruise this city on the shores of the Buffalo Bayou. In fact, Houston has the third largest gay population of any city in America, coming in just behind New York and San Francisco.

Home to more than 2 million people, Houston is the fourth largest city in the United States and one of the wealthiest. It is home to nearly as many Fortune 500 companies as New York City. Plus, because it is a center of the Military Industrial Complex, it has seen its economy soar as demand for military equipment has soared during the Bush Years.

The city also makes a large amount of money from its enormous supply of natural oil reserves. 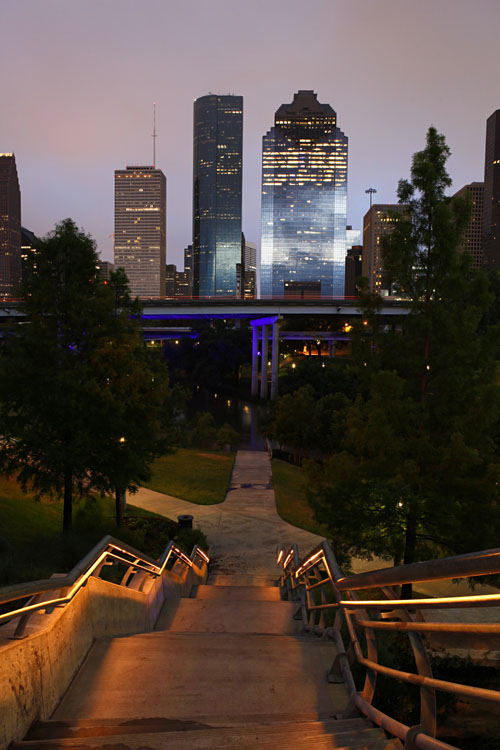 Yet, Houston remains a very liberal city – mostly likely because it is the home of Rice University and the University of Houston, and is essentially the wealthiest student city in America.

It’s almost always warm in Houston with temperatures in the 70s and 80s in January and heading well over 100 degrees in the summer. You’ll want to pack light and bring a lot of cargo shorts!

Houston has a very unique skyline – because it is the only city in America without zoning laws – meaning that property owners have been able to construct an eclectic mix of different architectural styles that constantly change the look of the city.

All of you rice queens out there – and you know who you are – will be interested in knowing that Houston has the third largest Asian population of America. As you may know, I am one of those Rice Queens at times, so Houston has always been a place on my agenda each year.

Because Houston is so trendy, the cool bars and clubs, parties and Pride activities change on an almost weekly basis. To keep up with what’s cool for the gay boys you’ll want to pick up a copy of the “Houston Voice” – a trendy gay newspaper that you can find free in most area bookstores and many local bars.
You can also pick up a copy of “OutSmart,” which covers gay cultural events in and around the Houston metropolitan area.

When you book your trip to Houston you’ll want to stay either in or near the Montrose section of the city – if you are looking to have a fine gay old time.

Montrose is the headquarters of the gay and lesbian scene in Houston and features the trendiest and hippest gay bars in the Midwest. Some, in fact, are hipper and cooler than their counterparts on the East and West Coast. During the day Montrose is the home to a thriving community of thrift shops, antique stories and second hand clothing boutiques.

At night it bustles with tons of gay bars and nightclubs including South Beach – which has over the years gained a reputation as one of the best gay bars in America. They have everything from the hot boytoy to the manly gay bear to the hardcore boys!

It is also the home of George – one of the only gay country-western bars in the world.

If you visit the University of St. Thomas in Montrose you can see Howard Hughes’s original home – which is something to either love or hate, depending on your feelings about over the top tacky architecture!

The biggest tourist destination in Houston is the Theater District – which boasts nine performing arts organizations and six performance halls. This district has the second-largest concentration of theater seats in America – second only to New York’s Broadway. Best of all, touring company versions of almost every successful Broadway play can be found in Houston.

It is the home of the Houston Grand Opera , the Houston Ballet , the Houston Symphony Orchestra and the Alley Theater – all of which have earned a world famous reputation for artistic excellence.

The Lyndon B. Johnson Space Center

The Lydon B. Johnson Space Center is the headquarters for all of NASA’s efforts at human space flight. From the first attempts at orbiting the Earth, to the putting men on the moon to the Space Shuttle, it was all planned, built and realized at the Space Center in Houston.

While obviously a fairly butch tourist activity, touring the Space Center is both fun and educational. 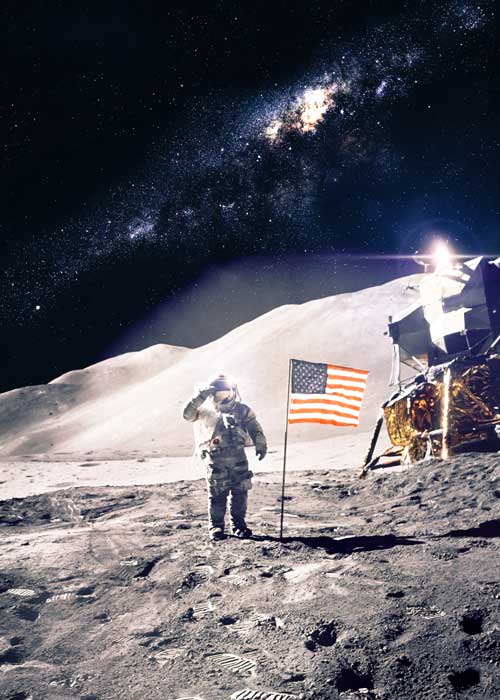 They have samples of actual moon rock on hand as well as:

Because of NASA’s huge presence, Houston is often called “Space City.” Personally, I just love looking at all those tall thin rockets. Reminds me of my trip to Cuba. But, that is another story.

When it comes time to do some shopping, you’ll need to head out to the Houston Galleria – one of the largest commercial shopping centers in the world. In fact, the Houston Galleria is so large that it actually has a hotel inside it for shoppers who want to stay there and stretch their shopping out over two or three days.

If that’s not fabulous, I’m not sure what is!

There are more than 2.4 million square feet of retail space on the floor of the Houston Galleria, which just about every type of shop, boutique and department store imaginable including Saks Fifth Avenue and Neiman Marcus.

More than 24 million shoppers visit the Houston Galleria every year.

There are more than 50 restaurants in the Galleria ranging from typical mall food to fine dining establishments.

The USS Texas, based in Houston, in 1948 became the first battleship ever converted into a military museum.

Today, it sits outside Houston and draws hundreds of thousands of visitors a year. It is considered an official National Historic Landmark. 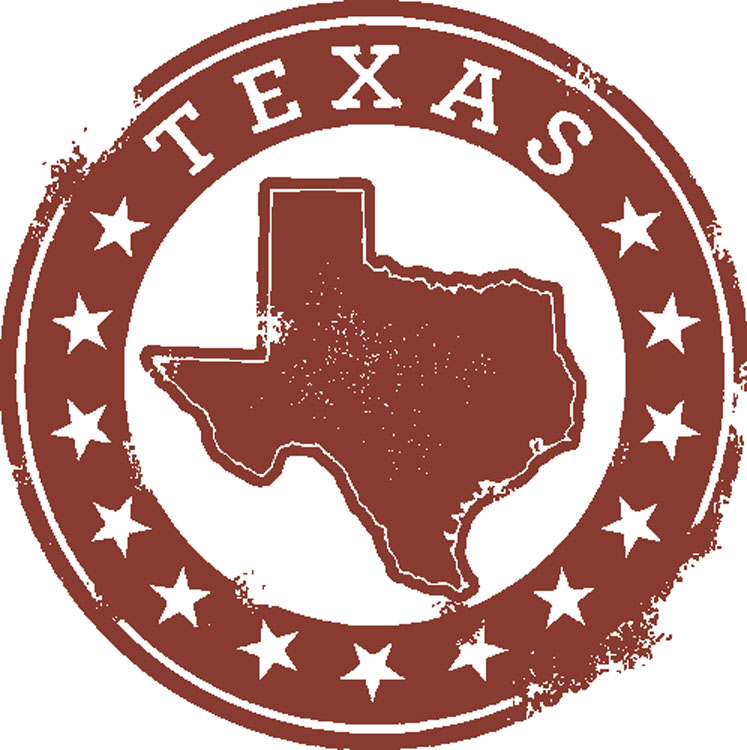 You can see tons of World War I and World War II artifacts, learn about what life was like during both wars, and be amazed at this marvel of military engineering from the dawn of the 20th century.

The ship has a rich military history – taking part in the decisive battles of D-Day, Iwo Jima, and Okinawa. It was also the boat used on the set of the 2001 movie, Pearl Harbor.

Since 1971 Houston has, twice a year, played host to the progressive arts with the Bayou City Arts Festival.

The festival is held in Memorial Park in the spring and then reopens in downtown Houston in the fall. Both versions of the outdoor art festival are considered to be among the highlights of gay culture in Houston.

In fact, the spring version of the festival is often timed to coincide with the Houston Gay Pride Parade – so that people can easily move from one event to the other.

Come Out To Gay Houston And Get Ready To Rumble!