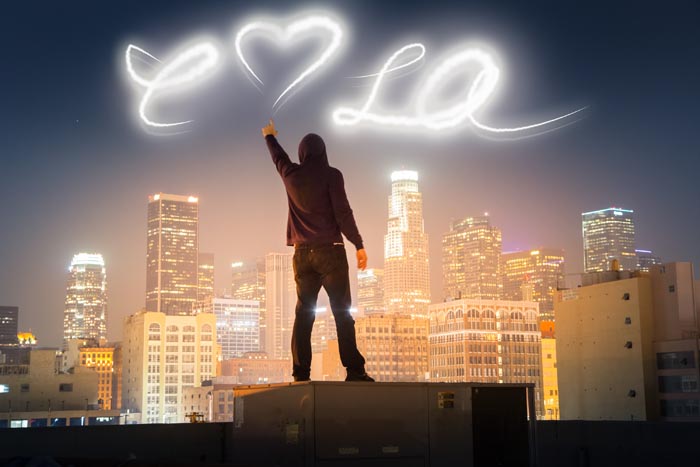 Gay Guides here with the skinny on The Left Coast’s red-hot mecca of fame and fortune – Los Angeles.

The city got its name from a swarthy Spanish governor back in 1781 when he christened it The Village of Our Lady, the Queen of the Angels of Porciuncula – quite a mouthful if you ask me. Since its official incorporation in 1850, Los Angeles has exploded in size, population, and fabulousness to become the world-class city we all look to for amusement of every kind.

Los Angeles is positively ginormous – so get in your convertible and pull up to the bumper, baby! You’ll do best to drive to all your favorite hot spots and neighborhoods. To get yourself acquainted with the City of Angels, your first mini-road trip has to be down Sunset Boulevard. 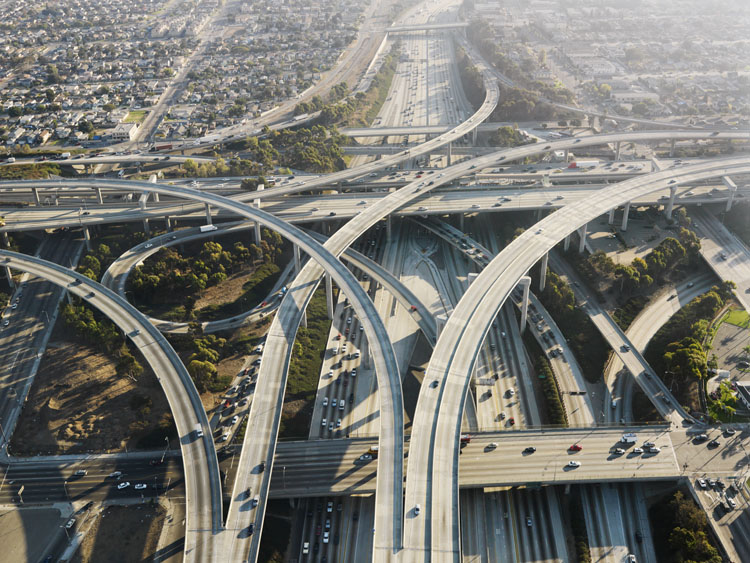 A leisurely drive down 22-mile-long Sunset Boulevard will give you a good sense of just how big the city is, and it takes you through Los Angeles’ most famous sections – Beverly Hills, Bel-Air, Brentwood, Echo Park, Hollywood, Pacific Palisades, Silver Lake, and West Hollywood. 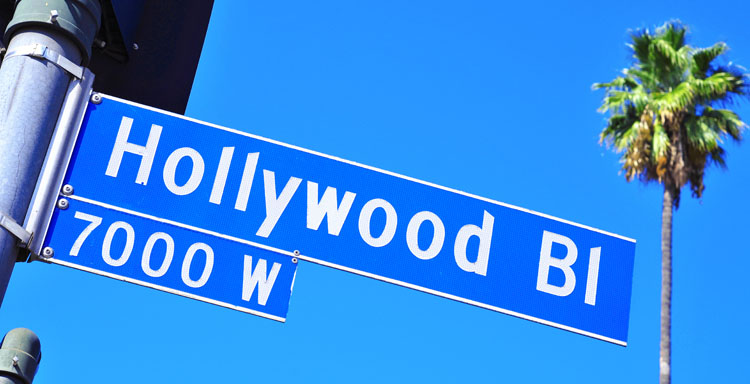 And when you get to the part that’s all bright lights, big city? That would be the notorious Sunset Strip – where The Doors got their start, and River Phoenix met his end. There’s barely 10 feet of the Sunset Strip that won’t have you gasping with recognition.

And The Winner Is…

Off of Sunset Boulevard is Hollywood Boulevard, home to Los Angeles’ newest auditorium, the Kodak Theatre – where the Academy Awards have been held since 2002. The Theatre offers guided tours, where you can see behind the scenes of everyone’s favorite awards show – and even touch an Oscar! Better have your acceptance speech ready – and be sure to mention us! 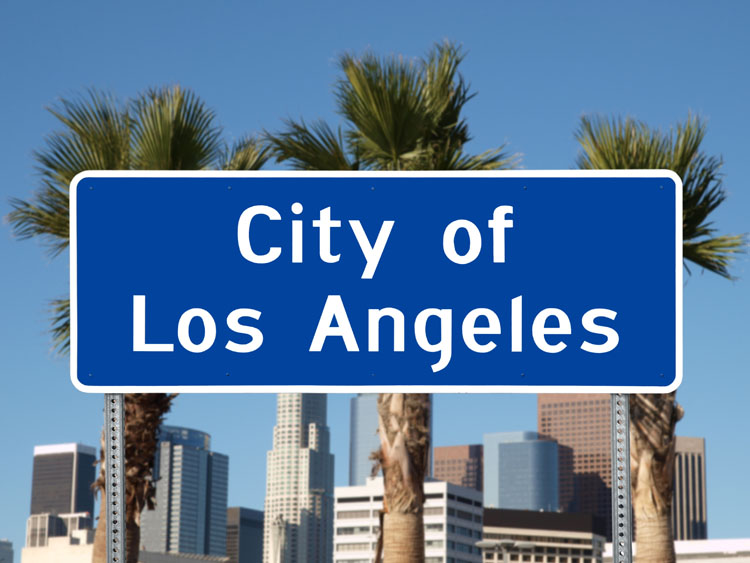 Further along Hollywood Boulevard is Grauman’s Chinese Theatre, where you can check out the size of Rock Hudson’s…shoes. Now, remember, sweeties, those cement imprints are not the same as the stars on Hollywood Boulevard’s Walk of Fame. That’s a little further on down the line. You can bend down and kiss the ground where Barbra, Judy, and Marilyn have walked!

Hollywood Boulevard also is home to Frederick’s of Hollywood, so stock up on sexy goodies and accessories for next year’s Pride parade – or for a quiet evening at home. And if you need some fashion ideas, pop into The Hollywood Wax Museum – home to Dorothy and all her friends.

Once you reach Hollywood and Highland, gaze toward the stars and you’ll see the historical icon that guards overall this kitsch – the Hollywood sign. It’s been sitting in those hills since 1923, and its 50-foot letters serve as a landmark for tourists and locals alike. If you turn off of Hollywood Boulevard onto Gower and drive south, you’ll get the perfect photo op! For a bit of fun, try to position yourself so it looks like you’re holding it up over your head! 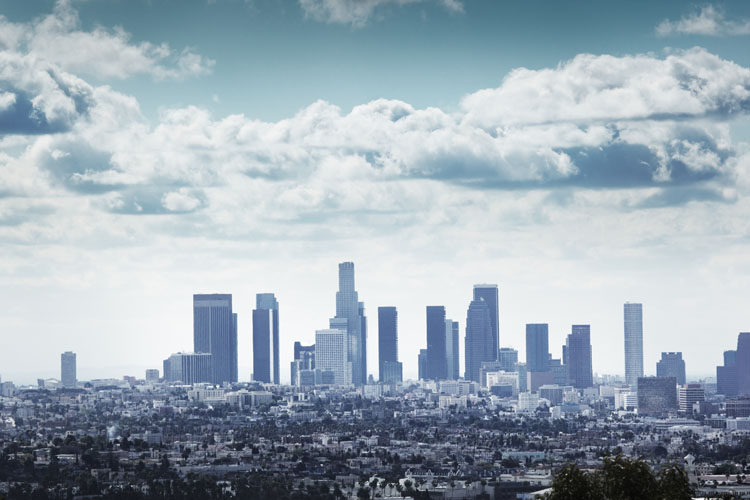 On a Clear Day, You Can See…Smog in Gay Los Angeles

Up on Mount Hollywood – yes, it’s actually a place, not just career advice – is yet another icon of the Los Angeles skyline, the Griffith Park Observatory. You might know it from Rebel Without a Cause or its lesser cousin, Paula Abdul’s “Rush, Rush” video, but the Observatory is actually home to a working planetarium and many fascinating exhibits.

And when you get tired of learning about actual stars, take a walk around the grounds and gaze at the view. On bad smog days, the view takes on a dream-like quality – and on clear days, you can see clear to the Pacific.

And speaking of the Pacific…

The beach is a part of what makes Los Angeles such a paradise – and if you want to have fun in the sun, then Venice Beach is where it’s at. 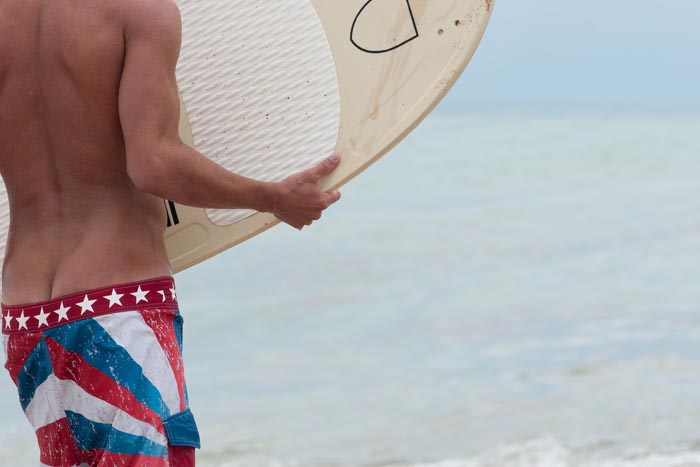 Modeled after Venice, Italy with miles of manmade canals, Venice Beach has long been home to the city’s creative masses. It’s kooky, crazy, kitschy, and so full of eye candy you’re going to need to check your blood sugar! The headquarters for the Lifeguard Division of L.A.’s Fire Department is here – which alone is enough reason to visit. But as you walk along the famous Ocean Front Walk, the gym bunnies among you will positively drool at Muscle Beach – it’s like a gym, tanning salon, and peep show all rolled into one!

From surfing to skate dancing, from tennis to volleyball, from biker bars to basketball courts, there are shirtless, tanned, fit boys as far as the eye can see. When you feel as if you just can’t take anymore, stop into the Roosterfish, the legendary gay bar on Abbot Kinney Boulevard.

WeHo, BoysTown…no matter what you call it, boys have been dancing together in West Hollywood since back when it was illegal! The police cars boast rainbow colors, the street signs are done in a post-modern style, and Melrose Place was filmed here – and with the gay population hovering at about 41% , does any of this come as a surprise? Even its yearly trade show has a fabulous name – Atmosphere International. I mean, really.

With all that fabulousness concentrated in one area, you can be sure to find exactly what you’re looking for – the shopping is to die for, from high fashion to 665 Leather for those bad boys among you.

And because sometimes a diva’s got to get her snack on and her drink on, there’s delicious international cuisine, inventive cocktails, and frisky friends to be found for a fun night of clubbing!

The nightlife of West Hollywood is not to be missed – the normal population of 37,000 explodes to up to 100,000 during the weekends. From Urban Nights at Ultrasuede to Shejay Nights at The Abbey, the sun won’t be the only thing going down at night. You will easily find boytoys, gay bears, and hardcore gay fetish all without steps of each other! 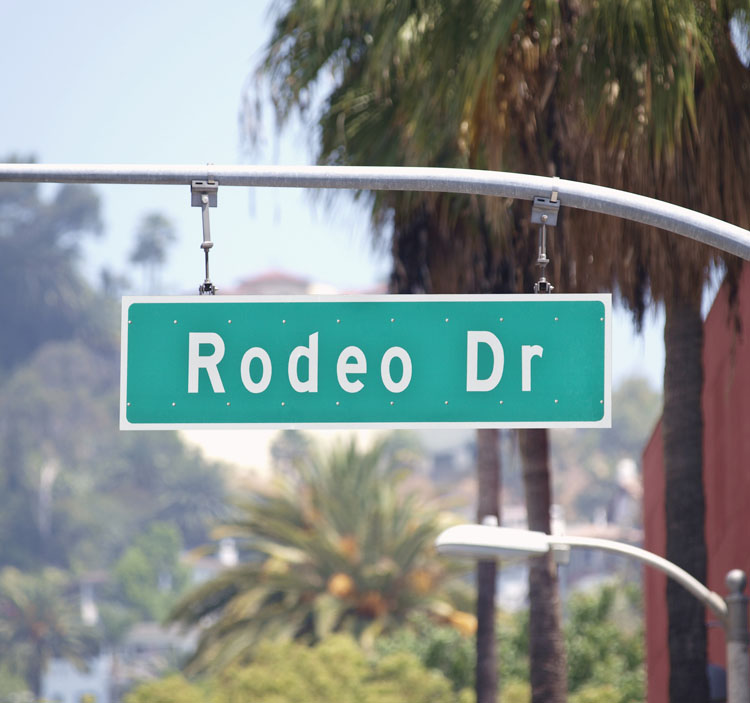 I Love a Gay Pride Parade!

West Hollywood also is home to the country’s largest Halloween street party, with over 350,000 people attending every year – down from its peak of 500,000 the year teenage pop singer Tiffany was named honorary mayor of the city. I know; you’re already packing your bags!

There’s also the Gay Pride parade, named “Christopher Street West” – or CSW, as locals call it – held the second weekend in June, because they didn’t want to compete with San Fran’s and New York’s, and so that the Sherriff’s deputies could have Father’s Day off. 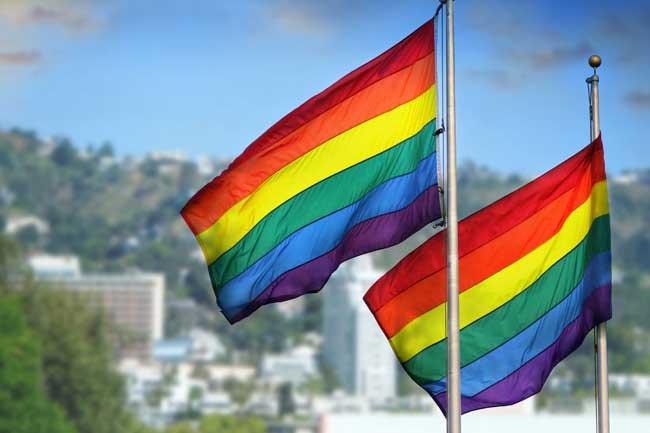 Once you hit the streets of West Hollywood, you’ll never want to tear yourself away – but trust me, there is plenty more to see and do in La-La Land.

The State of the Art

Let’s talk Getty. NO, not Balthazar- I’m talking about the J. Paul Getty Museum at the Getty Center. I’m sure you’ll see it during your travels – it’s that great white postmodern confection high up on a hill of the Santa Monica Mountains. You might recall the Getty Center as the centerpiece of many scandals a few years back involving Italy and Greece – as all good scandals do – but not to worry, the dust has settled and all are fine. The art on display here is absolutely divine, and for the first time in modern history, they can be viewed in natural light thanks to high-tech window contraptions that are a true innovation.

Even if you don’t feel like traipsing through van Gogh’s Irises, the considerable public spaces are well worth a visit. The Getty Center also boasts an amazing restaurant that offers spectacular views of a Pacific sunset.

Why, You Oughta Be in Pictures!

For all the fun frivolity that is Los Angeles, it remains an industry town – and that industry is entertainment. 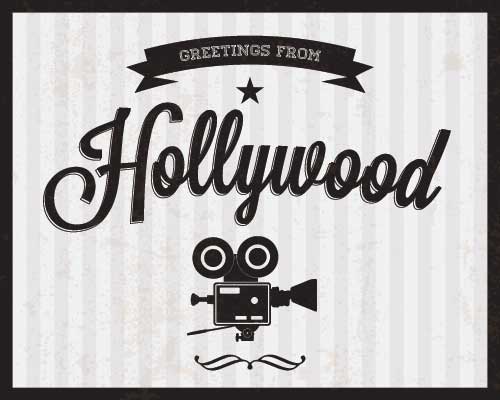 Many of the city’s studios give tours, we recommend reserving a spot on the Warner Brothers VIP Studio Tour. You get to ride on those adorable little golf carts as you are taken on a personalized tour, not only of the historic studios where Busby Berkeley practically invented movie musicals and Bogart failed to win Ingrid Bergman away from that pesky revolutionary – they also take you right into the “Lights! Camera! Action” to see whatever’s filming that day. How exciting!

Other Neighborhoods, Other Voices

If you want to see how the other half lives, get back in your convertible, grab an über-kitsch Map of the Stars, and head on down to Beverly Hills, Westwood, Brentwood and Bel-Air – where the highest concentration of the rich and famous live in the world. Many of the stars that live here would excite your high school drama teacher more than you and your pals, but it’s a hoot nonetheless. And when you’re done, take a stroll down Rodeo Drive to see how the other half shops!

Los Angeles doesn’t have a “Downtown,” per se, but there is a kind of Armani-suits-only area that is known by all and sundry as Downtown L.A. It’s all a-bustle during the week, so that’s when you want to go and dine in some of L.A.’s finest restaurants. Or, if you’re tired of amusing your bouche in chichi bistros, rice queens find little Asian delights in nearby Chinatown and Little Tokyo, and leche it up in the Latin neighborhood of Olvera Street. Silver Lake is gaining a reputation as a home-away-from-WeHo for many of those who are inclined to be fabulous – so naturally, it’s a-buzz with excellent restaurants, bars and shops.

For the most part, though, we recommend just going with the flow, keeping your eyes open for your favorite stars – and being a bad little devil in the City of Angels!