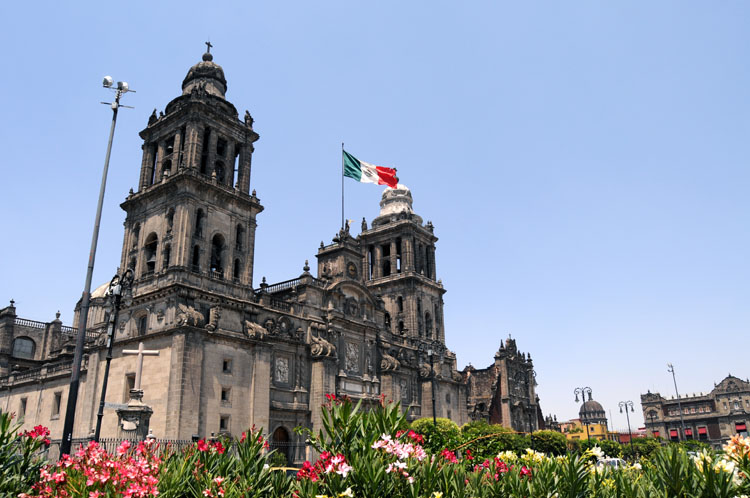 Mexico City is a cheap flight into another world –the American dollar is still strong, tourists are welcome, and people party all night and day. You’ll find yourself surrounded by beautiful dark-skinned boys and have lots of chances to have fun in the sun.

You’ll find everything is cheaper in Mexico than you would expect. And the city has lots of the charm and vitality of Rio and Buenos Aires but is much easier to get to than other Latin American countries. 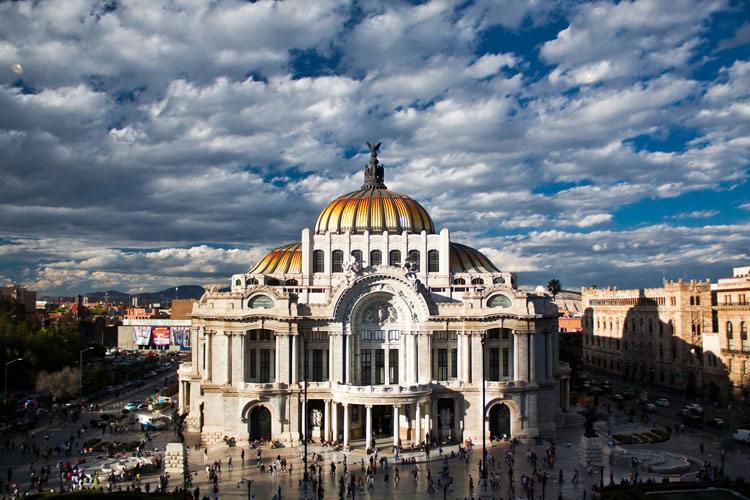 That makes Mexico City great for a long weekend or a spur of the moment trip to find some Latin love!

Gay culture is thriving in Mexico City – and you won’t have to look far to find your share of men to eat your meat burrito. But, it is subtler than in many large cities in the world. 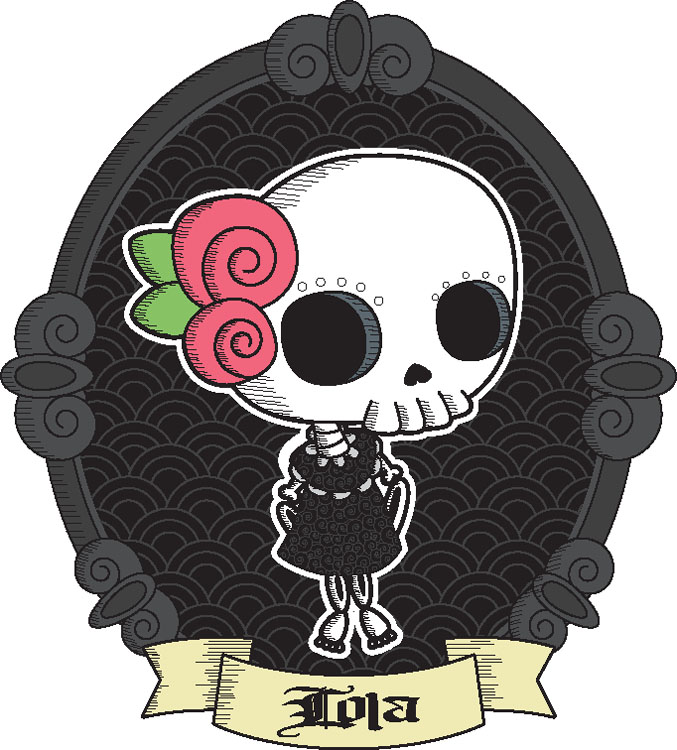 It is still considered taboo for gay or lesbian couples to kiss in public – although public hand-holding has gotten more acceptable over the past few years. You’ll find that even the queerest queen in Mexico City keeps things on the down-low until he gets into the clubs.

While the macho culture does keep many Mexican gays from being fabulously flamboyant, it creates a nice rough top culture for those of you maricons who are into things on the wild side!

You also have to be careful about figuring out who is gay and which places are gay friendly. Many Mexicans don’t understand what the rainbow pride logo means – in fact, some think it just symbolizes “something rich Americans like.” Therefore, some bars have rainbow stickers – even though they are straight bars.

The rainbow symbol is also worn by a lot of young Mexicans simply because anything considered American is cool. This means that even if you are sitting in a bar with a rainbow sticker out front and talking to a guy wearing a rainbow flag on his T-shirt, you can’t assume he’s gay.

So, tread cautiously – you don’t want to end up trying to bend a straight arrow. 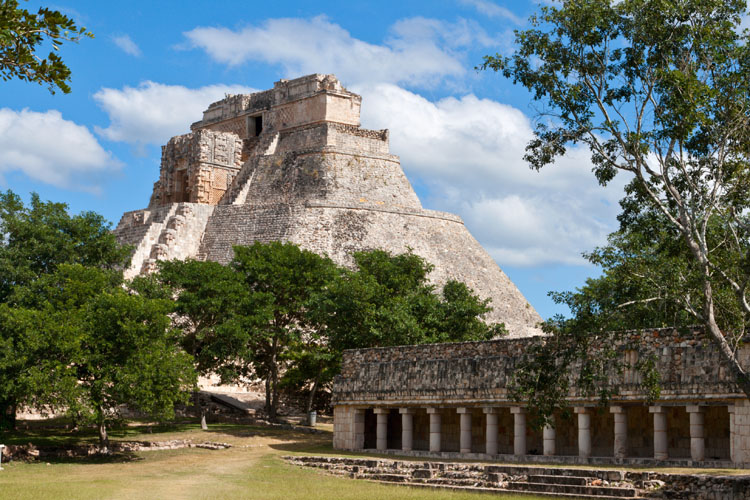 That said, there is a lot of tolerance for gays in Mexican culture. Mexico is one of the only countries in the world to grant conjugal visits to gay prisoners, and gay civil unions are recognized by the federal government – putting them ahead of America! 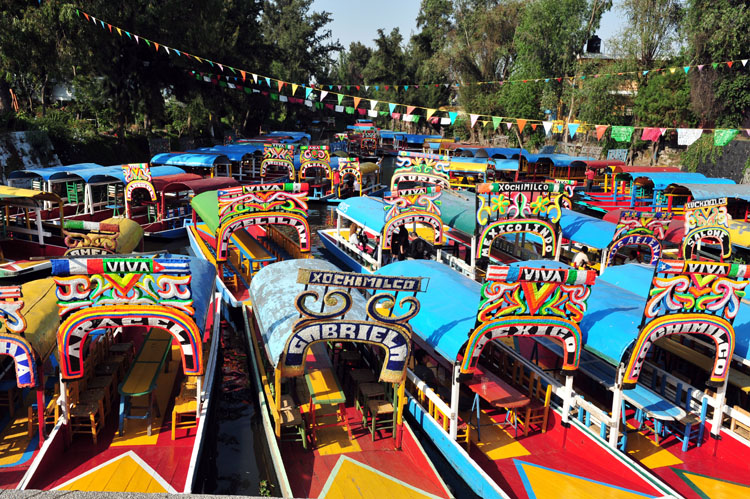 You’ll also find that ‘body culture’ has yet to reach the gay scene in Mexico City – so you won’t find a lot of Chelsea Boy types with six-pack abs hanging around the bars and clubs.

In fact, even the most beer-bellied gay bears have no problem taking off their shirts and shaking all they’ve got on the dance floor! 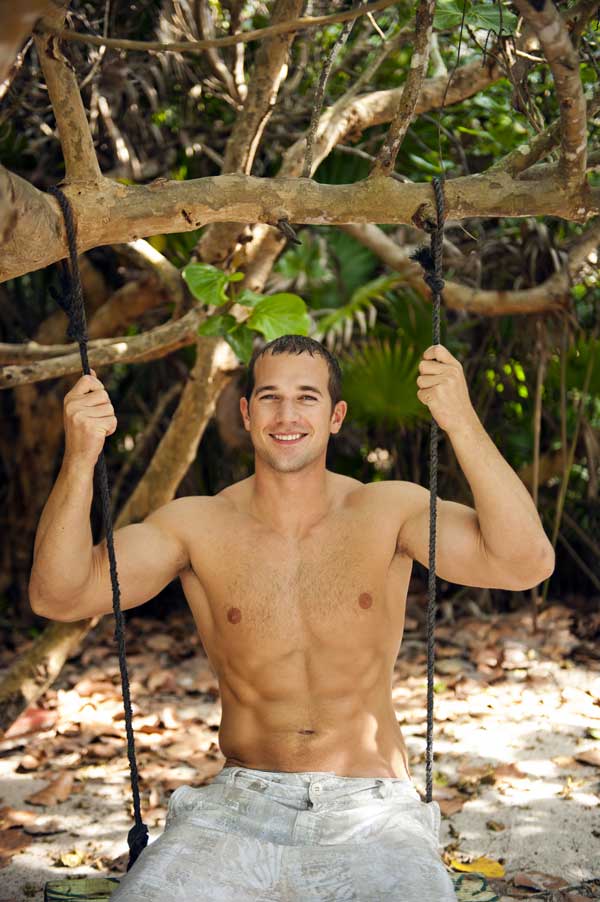 Unlike in America, you’ll find that there is a lot of social mixing between gay men and lesbians. Most of the bars in La Zona Rosa are both gay and lesbian-friendly – with the exception of Pussy, which is dyke-only. 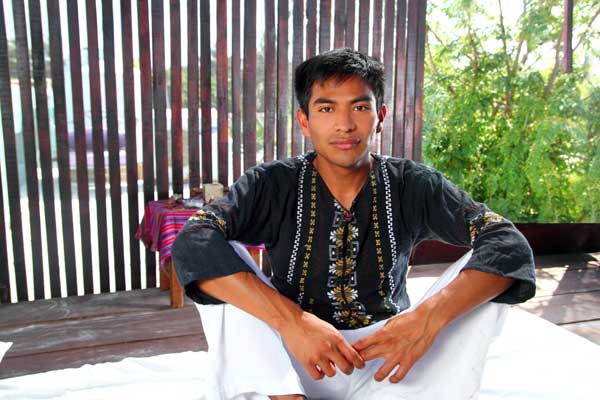 Also known as “The Pink Zone,” La Zona Rosa is the main gayborhood in Mexico City. With its pink cobblestone buildings, you’ll find it absolutely incredible!

La Zona Rosa contains more than 50 gay bars and clubs – the bars tend to be open all day while most of the clubs don’t even start serving drinks until after midnight. One of the more popular spots to meet and mate with men during the day is called “Gai Bar” – a Spanish expression even we were able to translate into English!

You’ll find that there is a thriving middle class in La Zona Rosa, and the bars here are slightly more expensive than those in the straight parts of town – but still less than half of what you’d pay at any gay bar or club in America! 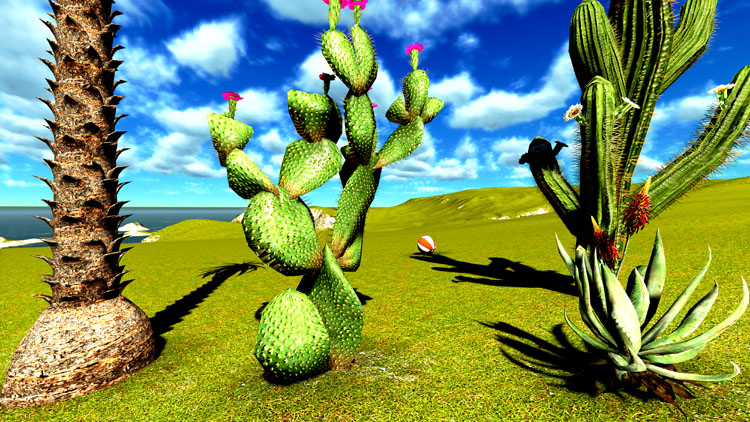 When you get into La Zona Rosa, look for a copy of Homopolis – the city’s weekly gay guide. It will give you up-to-date information on the latest circuit parties, coolest bars, and hook up spots. It also sports a long listing of rent boys – for those of you who like to see someone paid to get laid!

If you are into sweet young things, you’ll want to check out the BGay BProud Café, which is a delicious coffee house for younger gays and the men who love them. This is often the starting place for young gays who are just coming out or who are not ready or old enough for the hardcore gay scene in the bigger clubs. 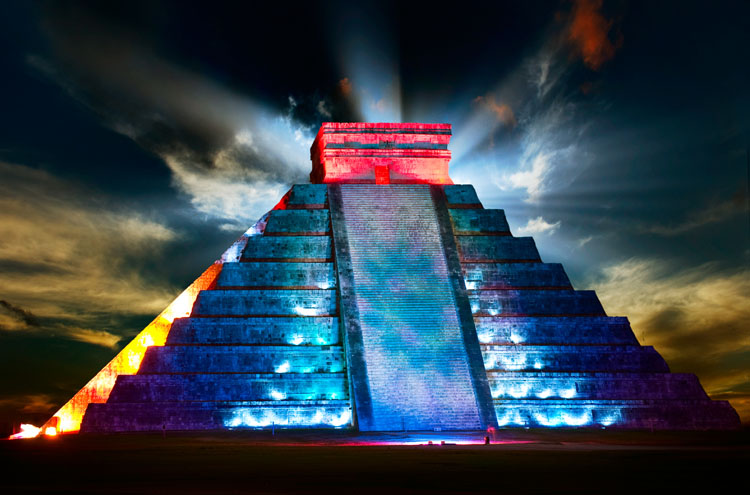 Down the street is the Centro Cultural de la Diversidad Sexual – which a combination of café and gay information center. They’ll be able to sell you a Cerveza while giving you maps of the gayborhood and tips on where to go in La Zona Rosa – so that you can do that thing you do!

La Zona Rosa is also a hot spot to cruise for hard cock. During the day and into the early evening, you can head over to Alameda Parque or Parque Hundido and check out the men before heading off into the woods with the cockaholic of your choice!

Every June Mexico City is home to one of the top ten largest gay pride events in the world. Last year, it is estimated that more than 250,000 came out to watch the parade as it made its way from La Zona Rosa to El Zocalo, the main square in the heart of the city. Once the parade reaches the center of town, an all night carnival begins – complete with several full-length drag shows.

Once you satisfy your cravings for cock and want to start seeing sites you can tell your mother and fag hags about, you’ll want to walk over to El Zocalo. 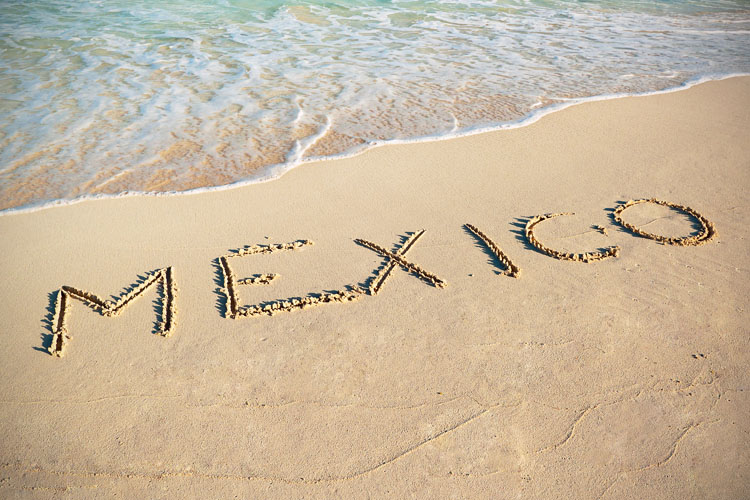 Considered one of the largest squares in the world, El Zocalo is surrounded by the National Palace, City Hall, and the Supreme Court of Justice. It is also filled with delightful restaurants and cafes, so you can easily spend a day here just relaxing, people watching and having the time of your life!

There is an ice skating rink on one side of the square, while on the other side there are many concerts held throughout the year.

During the day you’ll be surrounded by street performers and various other forms of impromptu entertainment. 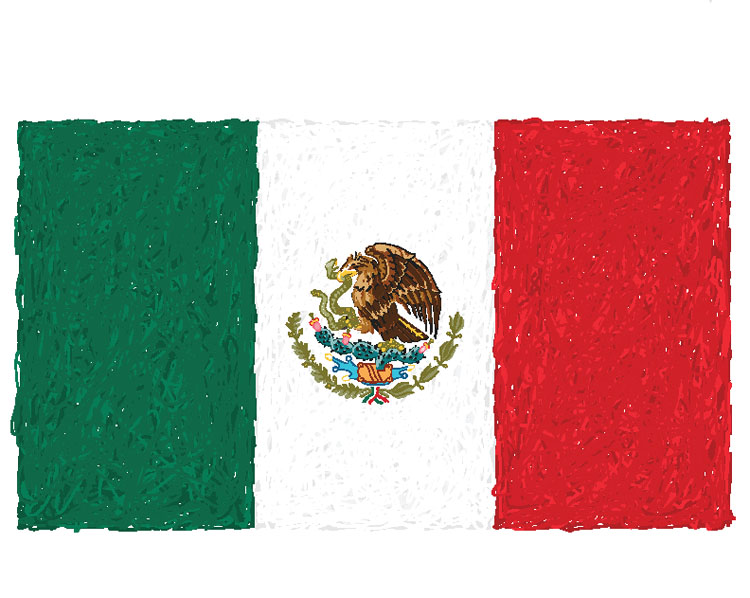 Just keep an eye on your wallet – because El Zocalo is full of pickpockets!

While El Zocalo stands out because of its beautiful modern buildings, just a few steps away is a link to the past – Templo Mayor – an ancient Aztec temple that has stood for thousands of years in what has now become Mexico City.

The temple is a giant pyramid – just like those in Egypt – built to honor the gods of war, sun, rain and fertility. 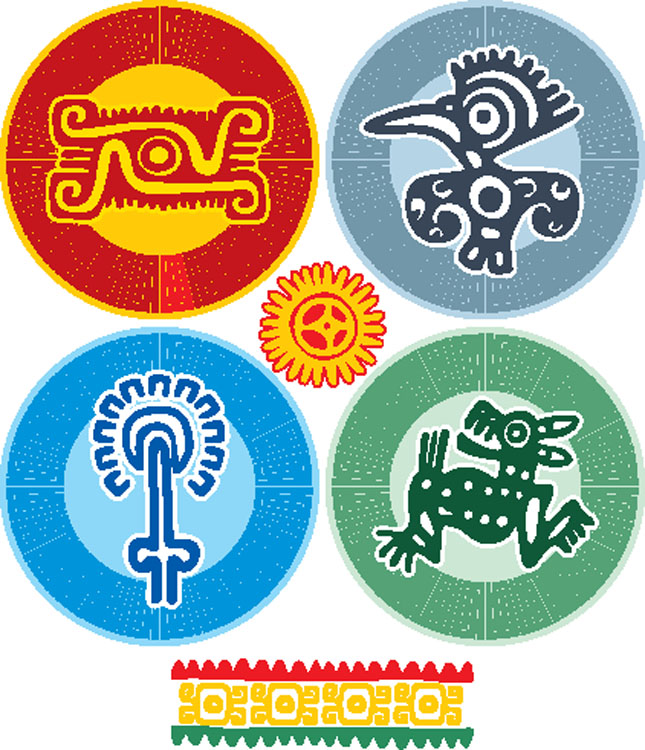 Parts of the temple are made out of racks of the skulls of people the Aztecs sacrificed to their gods.

While partially in ruins, you can see scale models of what the temple looked like before it was sacked by the conquistadors.

The Angel Of Independence

If you make new friends and want to meet up somewhere the next day, the place to go is the Angel of Independence – the largest landmark in Mexico City.

The bronze and gold angel sits atop a giant mausoleum built to honor the dead of the War of Independence. It is built to resemble what the Louvre’s Winged Victory would look like if it had not been damaged over the centuries.

It sits on top of four 36-foot high Roman columns and weighs more than seven tons. The best feature is that it can be seen from many parts of the city – and as such, makes a great landmark when you are trying to arrange a place to hook up with last night’s hookup!

You can’t miss it!

The most fabulous street in Mexico City is the Paseo De La Reforma. Built as an exact replica of the Champs Elysees in Paris, it cuts a diagonal line through the entire city – starting at the Angel of Independence and finishing inside La Zona Rosa.

This avenue is fantastic and has some of the best shopping in the world – with nearly every famous designer, department store, and retail outlet you’ve ever heard of. It is also home to several beautiful embassies, exclusive restaurants and nearly every five-star hotel in Mexico City.

You could easily spend several days just walking up and down the Paseo De La Reforma!

The best thing is that once you get to the end, you’ll be at La Zona Rosa and find yourself right in the heart of the gay neighborhood!

To Hell With Taco Bell – Get Your Sweet Ass Down To Mexico City And Shake Your Salsa! Ok my hermanos, it’s time for us to say, “Hasta la vista, baby!”

Mexico City is one of the most charming and inexpensive gay-friendly cities in the world – and it has Aztec ruins! What more could a gay guy want?

So, get on a plane, sip a Cerveza and let Mexico City bring you to your knees! 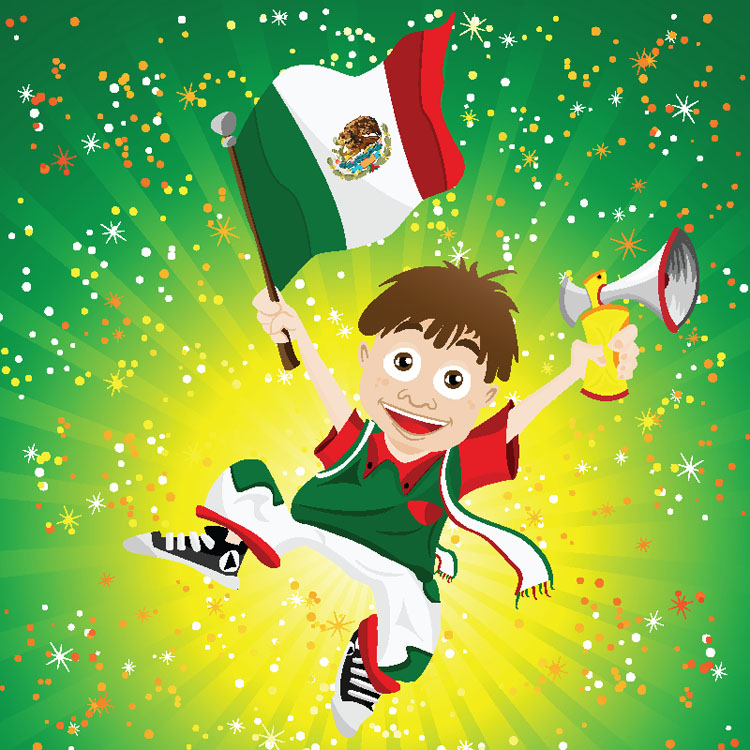