Where Beer Is Born! Our Guide To Fabulous Gay Milwaukee

It is Gay Guides here again to tell you about one of the least known – but still delightful – gay cities in America – Milwaukee. 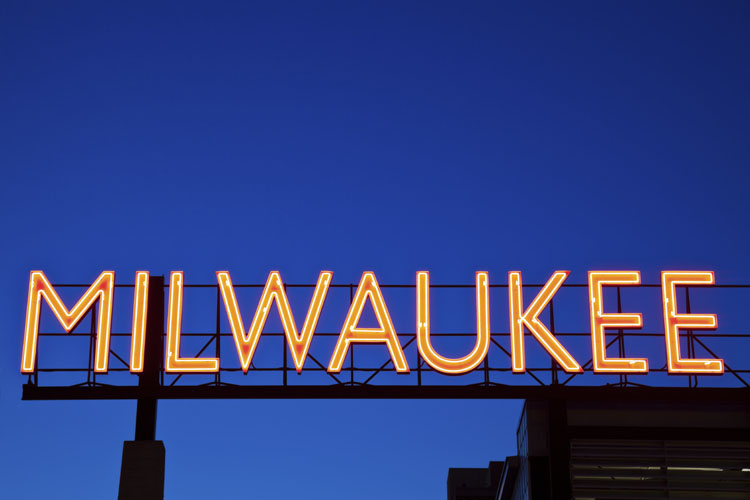 Yes, my little twinks and furry gay bears, it is possible for a boytoy or terrific twink to get laid in Wisconsin. You just might want to visit Milwaukee to prove the point – and to be the first guy on your block your bag a Wisconsin boy!

Known mostly as the setting of Lavern and Shirley and the headquarters of most of the popular beer breweries in America, Milwaukee is an up and coming city that has become very tolerant and even welcoming of gay men and women.

The city has a surprisingly vibrant economy with a low unemployment rate and is ranked number five in the nation when measuring the number of Fortune 500 companies as a share of the population.

It’s not completely fantastic yet – but it’s on the way up, and wouldn’t you like to get here before it becomes the new hip destination for the hottest boys the flyover states have to offer?

Getting online – is also easy in Milwaukee, since the entire city is a free WiFi zone. Just bring your laptop, and you can connect to anyone from anywhere. 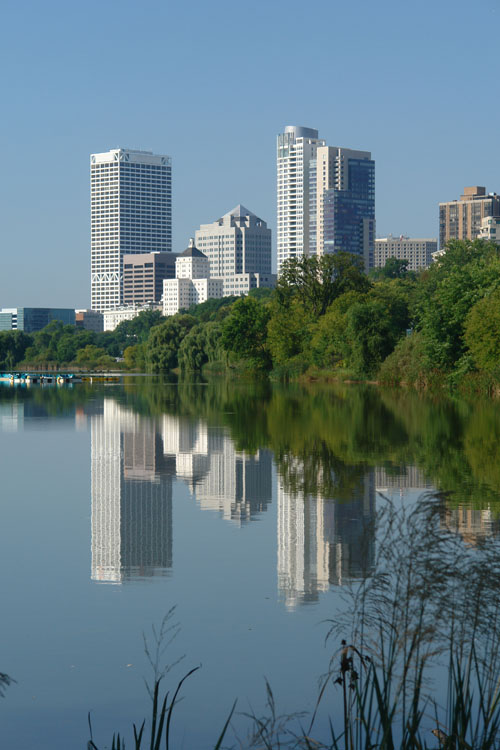 How amazing is that?

Sitting on the shores of Lake Michigan, Milwaukee has more than half a million residents, a thriving economy, and a hot gay scene.

Of course, given its location the gays are more understated than in the Castro – and you won’t see that much gay-kissing or men holding hands in public. 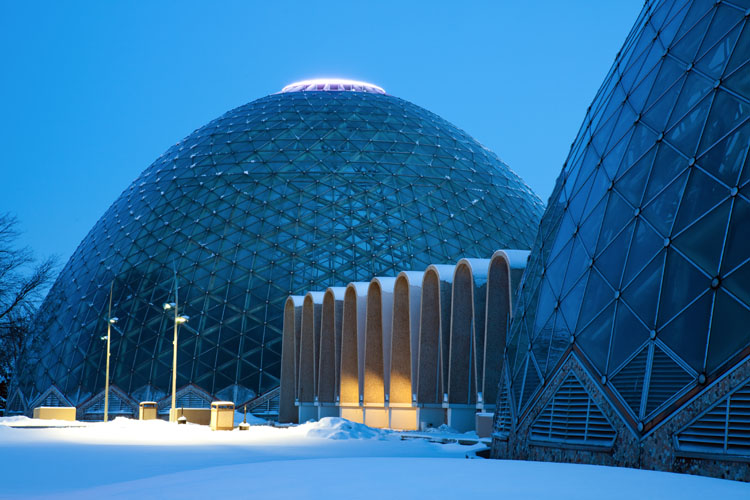 Still, if you hang out in the cool club and fabulous gay bars you’ll find that the men, queens, and boys are just as hot here as they are anywhere else – and it’s very possible to have a gay old time in Milwaukee.

As soon as the sun goes down, however, so do the studs. By nightfall, the streets light up with tons of gay bars and some of the sexiest clubs and back rooms in the Midwest.

Look for the four-sided Allen-Bradley clock tower and you’ll know you are in the right area. There are lots of cruising in the streets outside the bars also as men look to find their man meat for the evening. Walker’s Point is also home to the fabulous Milwaukee Gay Arts Center – which is a theater company that produces gay-themed plays for Milwaukee’s Friends of Dorothy and their fag hags.

The Third Ward is Milwaukee’s older and more established gay area. It’s nowhere near as trendy as Walker’s Point, but it is more obviously gay – particularly during the day.

Unfortunately, the clubs and bars are not nearly as trendy as their Walker’s Point rivals. On the other hand, it’s easy to cruise here during the day and there are lots of trendy boutiques, art galleries, and small regional theaters.

Lots of gay boys and their studs decide to come to the Third Ward during the day to check out the fabulous antique stores – and see if any new boys have “come out” to play!

If there is one great reason to come visit Milwaukee, Summerfest is it!

Since the mid-1970s the most famous musical acts in the world have descended on Milwaukee for 11 days in late June and early July to hold what the Guinness Book Of World Records describes as the largest live music festival in the world. 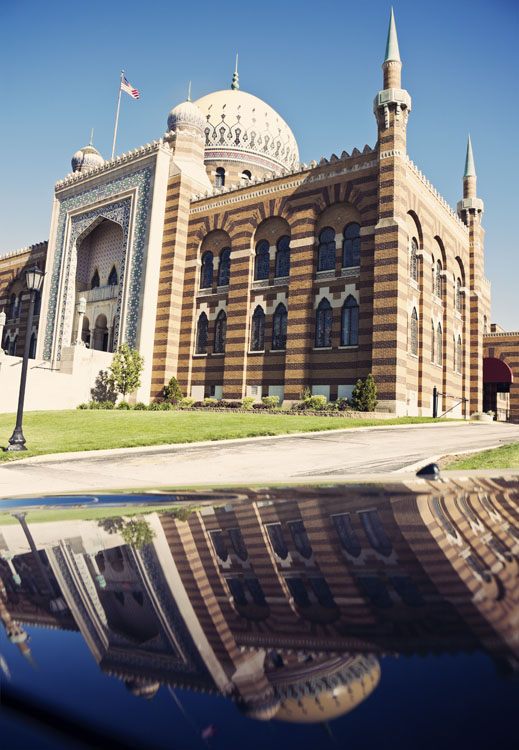 More than a million people turn up every year to watch the bands on 13 main stages set throughout a giant carnival like atmosphere.

There are tons of local food vendors, regular fireworks shows, karaoke events, and even stand up comedy acts.

It’s a fabulous way to listen to some great music, drool over guys playing guitars, and see just how fun Wisconsin can be.

After all, a million people can’t be wrong, can they darlings?

When you are done cruising the boys in the Third Ward it’s an easy stroll over to Milwaukee Riverwalk, a continuous pedestrian walkway around and into the Milwaukee River.

There are many cafes along the walk as well as several well-known and respected brewpubs when you want to rest your weary feet. 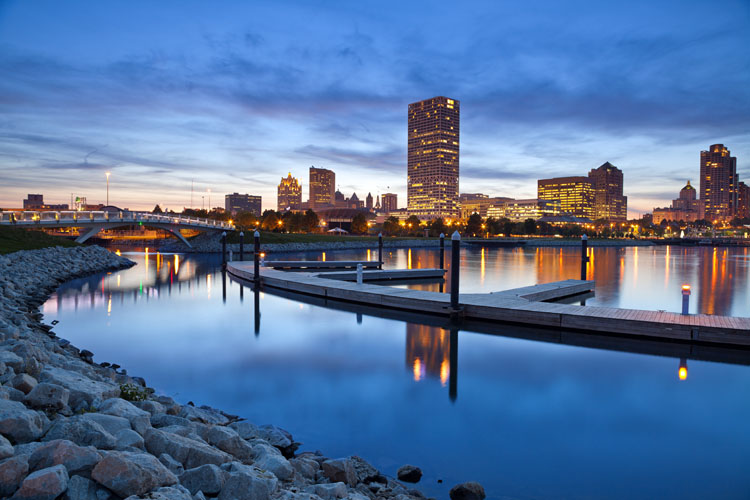 The city has gone out of its way to make Milwaukee Riverwalk as pleasant as possible and installed some fabulous sculptures and other examples of modern art along the route.

This divine museum opened its doors in 1888 and has been expanding its collection of fabulous fine art ever since. You’ll find examples of the Old Masters, Haitian Art, German Expressionism, and many Georgia O’Keeffe works on display. The most striking part of the Milwaukee Art Museum is the Quadracci Pavilion, which contains a movable, wing-like brise soleil, which opens up for a wingspan of 217 feet during the day, folding over the tall, arched structure at night or during inclement weather.

Like Big Ben in London, the Quadracci Pavilion is considered the official symbol of the City of Milwaukee.

In the summer the most fabulous thing to do in the afternoon is to take one of the Iroquois sightseeing tours of the Milwaukee River, harbor, and Lake Michigan.

The last remnants of this venerable Native American Indian tribe will explain their heritage to you as they show you how their ancestors lived and worked in the Milwaukee region before the White Man came along.

It’s a truly divine educational experience – and a lot of the guys are hot in a very exotic and manly way.

You’ll get to see the beauty of nature – and gain some respect for our place as newcomers to the American Continent.

Sitting in the center of the Walker’s Point gayborhood is the Allen-Bradley Clock Tower. Not only is it a good landmark to help you find the most fabulous gay bars in town – it is also the largest four-sided clock in the entire world – as certified by the Guinness Book Of World Records.

The faces of the clock are more than twice the size of Big Ben in London – and the tower is often called the Polish Moon by locals because of the way it lights up the sky in this traditionally Polish immigrant neighborhood. 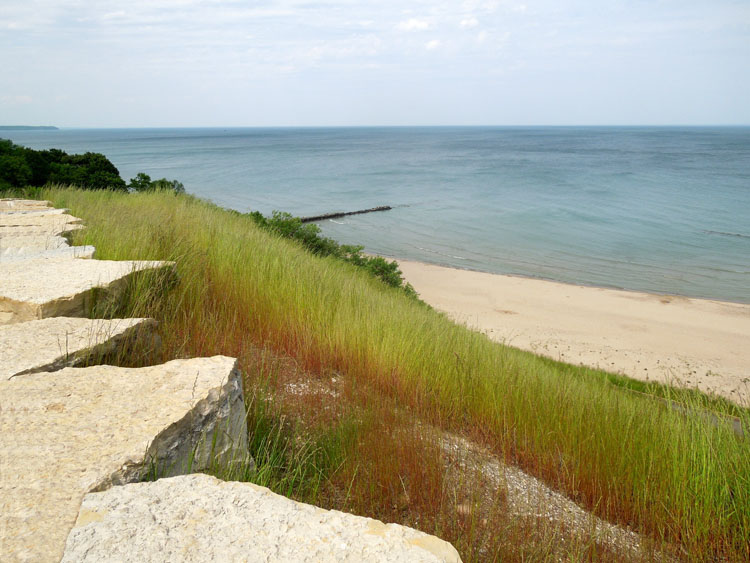 Today, many gay boys and fag hags and delicious divas use it as the place to meet up before heading off to a night on the town to meet and mate with the boys!

As every good queen, stud, or boytoy knows – your environment is everything! That’s why you’ll get your panties in a bunch when you see the other most recognizable Milwaukee landmark – The Domes!

Located in Mitchell Park, the domes each represent a different type of Earth environment that is alien to the Milwaukee landscape. One is the city horticultural garden, the second a desert landscape, the third dome is a rain forest, and the other dome areas are constantly changing as the city brings in new and more exotic environmental exhibits.

Head Down To Gay Milwaukee – And Have A Beer

Now, you delicious divas and studly boys and divine drag queens, I’ve just given you the low down on what and who is going down in Milwaukee!

Everyone should come to Wisconsin at least once – remember, it’ only hurts the first time!

So book a trip to this fantastic up and coming city on the shores of Lake Michigan. 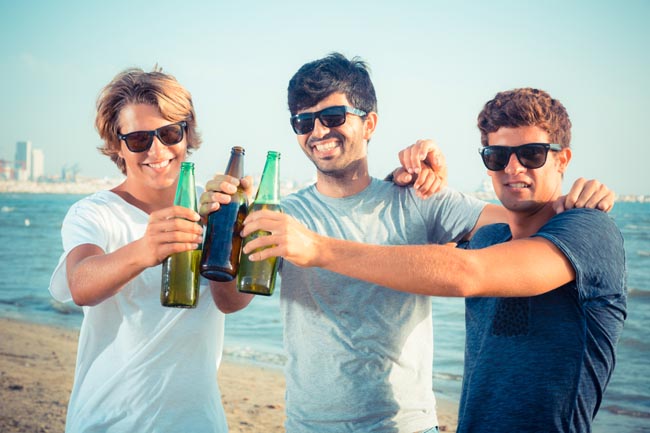