Lapping Up The City Of Lakes – Gay Guides Travel Guide To Gay Minneapolis!

When you think of fabulous gay travel destinations, Minnesota may not be the first thing that comes to your dirty little minds – but it should be! 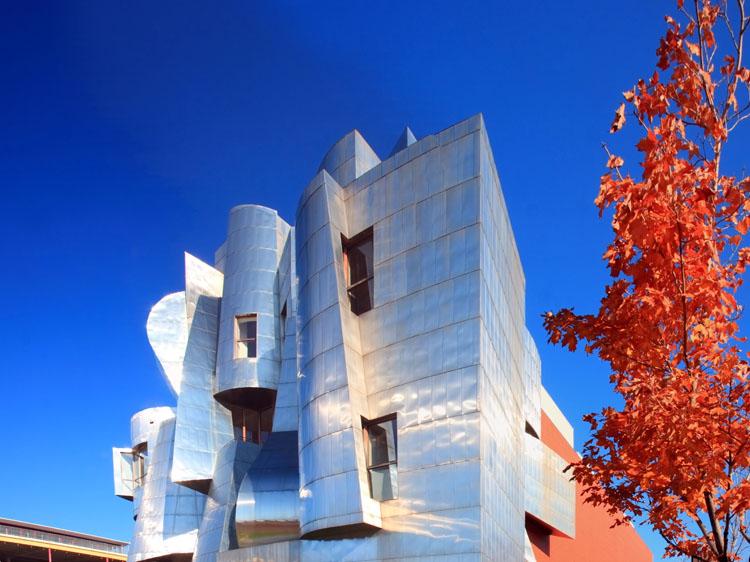 Minneapolis, one of the “Twin Cities” along with St. Paul, is one of the most fantastic places for queer nation to meet, mate, and consummate their kinkiest and most fabulous desires.

In fact, because of its cool weather, hot boys, and sizzling nightlife, Gay.com recently named Minneapolis one of the Top Five Gay Summer Destinations. That’s because this divine treasure of the Midwest is full of tax-free shopping, 22 lakes to play in, Tony Award-winning theater, and more museums than you can shake your dick at!

It also boasts two fabulous gay neighborhoods, and, perhaps best of all to fabulous fags of my generation, the divine Purple One, Prince, got his start and still lives here! In fact, if you check out the downtown clubs, you just might catch him doing an impromptu set!

You’ll also find some of the most gay-friendly people in America, a host of Gay Pride-related events, and perhaps more importantly, some of the most beautiful boys and masculine men America has to offer!

So come on and let BoyToy take you on a tour of Minneapolis – and find out why all the cool boys are heading north when they want to go down!

No Taxation – But Lots Of Representation!

Not to give too much but one of our favorite things to do in Minneapolis is to go shopping! Why, you may ask?

The reason is simple; not only does Minneapolis have some of the most famous department stories in the world and fabulous boutiques with a healthy representation of gorgeous gay boys, there is no sales tax – which means that you can shop ’til you drop in a divine tax-free environment.

Be still my beating heart!

Keep Warm – And Be Cool!

No matter how hot you are, you still need to keep warm when you hit Minneapolis. While the weather is great in the summer – when cool breezes will make you delighted you are not stuck in the sweltering heat of Manhattan or Miami – it stays well below zero in the winter, so be sure to bundle up. That said, the Minneapolis nightlife is so hot year-round, it doesn’t really matter when you arrive – your nights will still sizzle!

For the young, hip, and fantastic, the Lyn-Lake district is the main gay area for you to nurture your naughty nocturnal desires. It’s full of boys, cool clubs, great gay bars and fabulous dining.

Located at the intersection of Lake Street and Lyndale Avenue, you’ll want to cruise men at The Cockpit before heading out to inspect the very trendy and bohemian boutiques up and down the quarter. 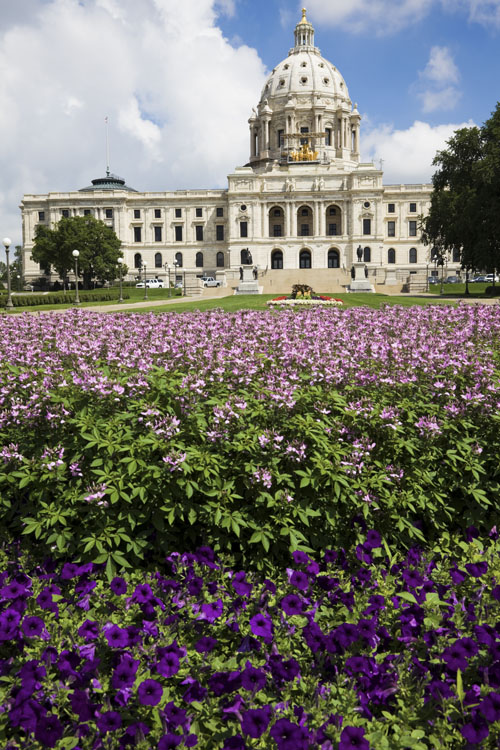 The most divine event in Lyn-Lake, as far as we are concerned, is the annual Art Car Parade, held every summer.

Play your cards right, and you just might end up having some fun in the back seat!

If you like your men a little bit more established and cultured – and really, who doesn’t want to play with a man in a nice suit – you’ll want to head to Uptown, the gayborhood for Minneapolis’ yuppie gay community.

This is where the young and successful come out to play – and find the men of their wet dreams!

During the day there are a few homeless people lounging around, but they tend to disappear when the sun goes down and the nightlife starts getting hot!

This is the part of town Prince sings about on his album “Dirty Mind” – an apt name for any ode to the cockoholic’s dream that is Uptown!

It’s utterly fabulous and filled to the brim with friends of Dorothy who will probably want to get to know you better!

Minneapolis is one of the most beautiful cities in America – and when you are done going down in Uptown, you’ll want to check out the skyline and the divine vistas from sea to shining sea! 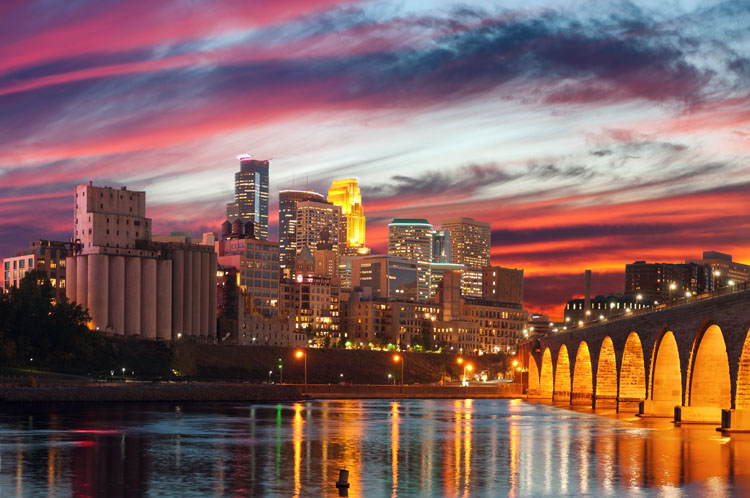 The most fantastic place to do so is the 32-story Foshay Tower, located right in the center of town. Not only can you go to the top and get a fabulous view of the city and the surrounding lakes – there are skyways that connect you to other buildings on a nearly 50-block radius, so you can move all around the city on a cold day without ever freezing your hot little ass!

The Foshay Tower skyway is more than five miles long and can connect you with some of the most fabulous stores in Minneapolis, including Saks Fifth Avenue, Neiman Marcus, and Marshall Field’s.

It’s deliciously divine and a fantastic way to spend your day – finding the perfect clothes to take off during your naughty nights!

If it’s warm enough during the day for you to get out of the Foshay Tower skyways and you’d like to sample a little cock during the day, you’ll want to head over to the wonderfully wanton Warehouse District of Minneapolis.

If you want an excuse to tell your friends and family about why you came down here, you can brag about the fantabulous Old World Architecture, including more than 150 beautiful vintage buildings.

You’ll find many adult bookstores with glory holes open all day long, whether you have a craving for cock or just want to get your dick deliciously devoured. A lot of rough trade, including gay punk kids cruise around the Warehouse district during the day – so you’ll be able to find lots of devilish delights!

The parade starts every year in Loring Park – an area that features at least one restaurant that bills its food as “Fit for a king… and a few queens!” 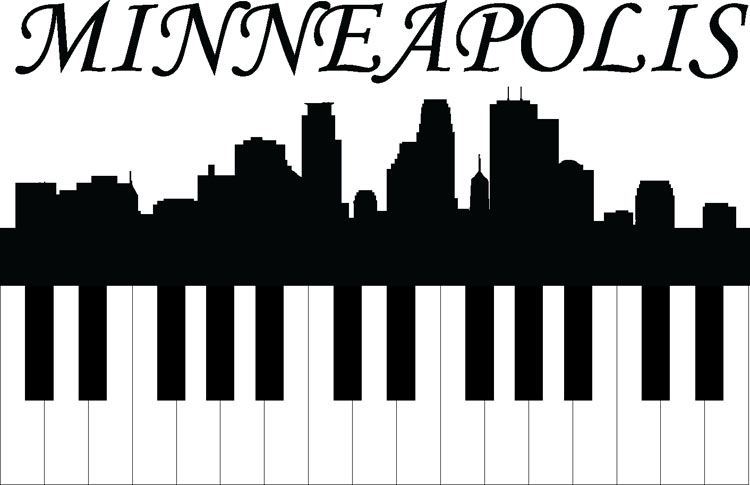 You’ll have no problems with the cops or local residents who welcome Gay Pride and the revenue it brings into the city. You’ll want to book a hotel room way in advance, however, as all the most fabulous rooms sell out early!

Of course, with this many cute queers in town for a week, a fabulous fag can probably find somewhere or someone to sleep with every night he’s Uptown! 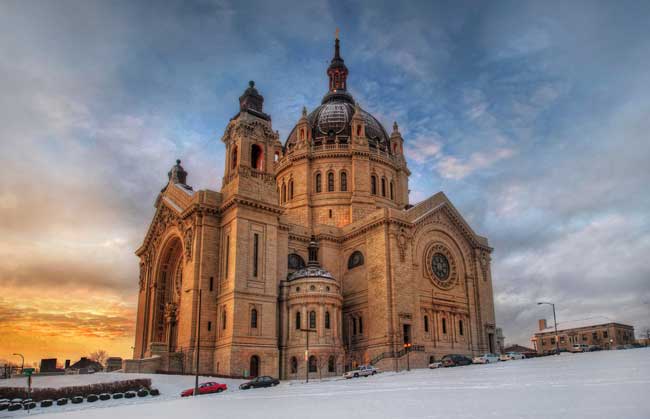 Minneapolis is second only to New York in the number of theater seats per capita, and is the third-largest theater market in America.

You’ll find all kinds of shows going on here, from fabulous touring productions of current Broadway shows to fantastic regional theater. The most famous and well-respected theater in Minneapolis is the Guthrie, but you’ll also want to see what’s playing at the Hey City and Mixed Blood theaters – which show cutting edge and controversial gay-themed plays year ’round.

You might also enjoy the Gay Men’s Chorus at the Ted Mann concert hall.

In other words, no matter what your theatrical tastes, you’ll find something to wet your whistle in the Minneapolis theater scene.

It’s almost enough to bring Madame Ovary to her knees!

The Red, White And Black Ball

Other than Gay Pride, the most fabulous and fagfuckingtastic annual gay event is the Red, White and Black Ball, held by the Aliveness Project every Halloween weekend.

This benefit event – for sufferers of HIV – is held in the historic Semple Mansion, right in downtown Minneapolis.

It’s a totally divine drag queen event – you can come as the woman of your dreams, as long as “she” is wearing red, white or black! They have costume contests that draw in dozens of divalicious contestants.

They also hold a silent auction – where you can bid on dates with some of the studliest and sluttiest men in Minneapolis.

No matter what, you’ll have a gay old time!

Come Down To Uptown And Feel Like A Prince In Gay Minneapolis! 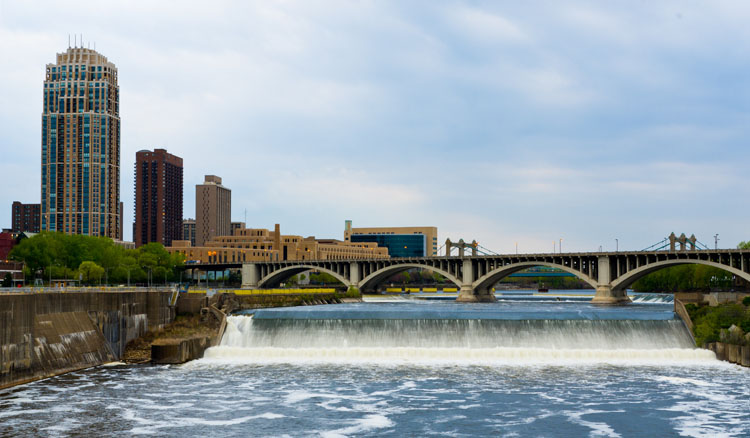