Gay Moscow: Where Traitors Are Welcome, But Gays Are Not

At Gay Guides, we sort of have a thing for outlaws. After all, it wasn’t that long ago that getting your gay on was illegal in many parts of the U.S., and hiring male escorts is still an outlaw activity in most areas. 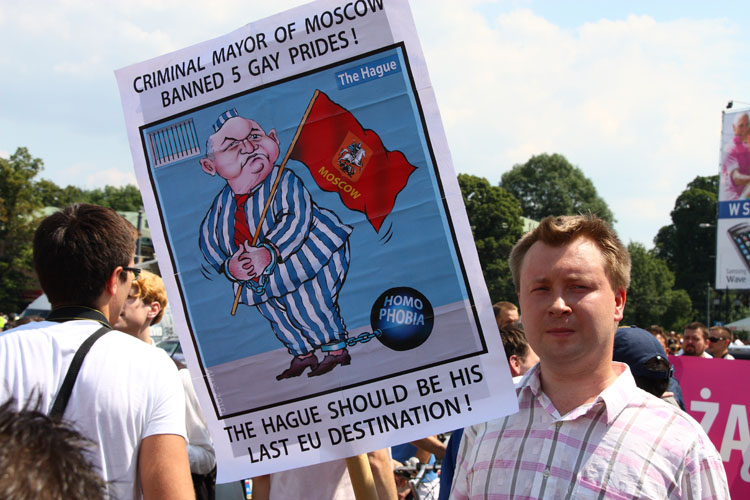 So, when we found out that the notorious traitor Edward Snowden was being given asylum in Moscow after divulging state secrets to British journalists, we started wondering if it was time for us to take our own trip to the city.

After all, the president’s name is almost exactly the same as the word for “whore” in French – and you know how we feel about dirty whores!

But, it turns out that Moscow is really a horrid hive of homophobic hillbillies. It’s hard to imagine a non-Muslim country that is more anti-gay than Russia these days – though it’s still possible to have fun.

Therefore, we are not going to let our research go to waste and will now give you the good, the bad, and the ugly of taking a gaycation to Moscow.

The Good Part Of Being Gay In Moscow

Despite the fact that Moscow used to be the capital of communism, it is now the most capitalist country in the world. Money will literally buy you anything you could possibly imagine.

If you are rich, nobody will arrest you for anything. You could easily snort cocaine off the balls of seven rent boys at a time, as long as you have enough cash on you to bribe the right people. And if you are rich, your hotel will do the bribing for you.

The flip side of this is that if you aren’t rich, you are going to have a hard time. And they won’t be very forgiving at all, and will be very aggressive in their homophobia. Now, it’s true that some gay guys like the danger aspect – and if you are the type who gets turned on by the risk that you might get beaten up when you try to hook up, you might have a blast. 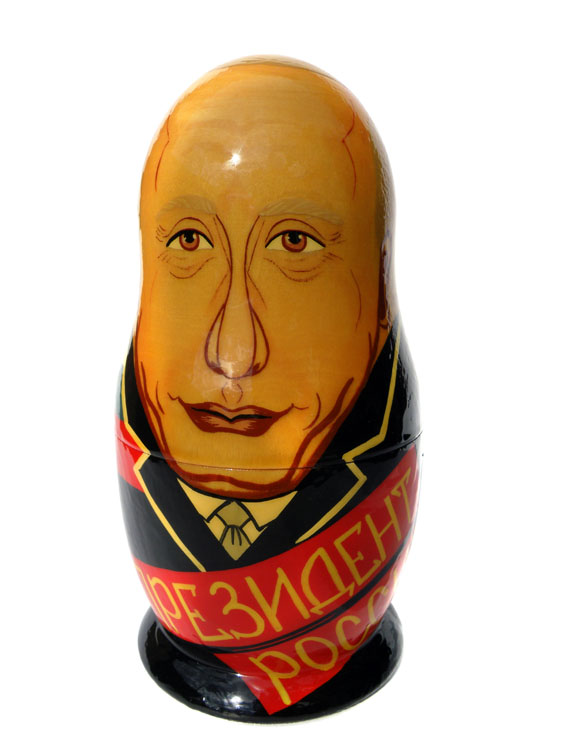 On the other hand, if you are poor and value your personal safety, you’ll have much less fun.

The Bad Part Of Being Gay In Moscow

In any other country, an often shirtless leader who goes hunting for bears on the weekend would be considered a gay icon. Here, he probably wants you killed. Or at least thrown in jail for a long time. 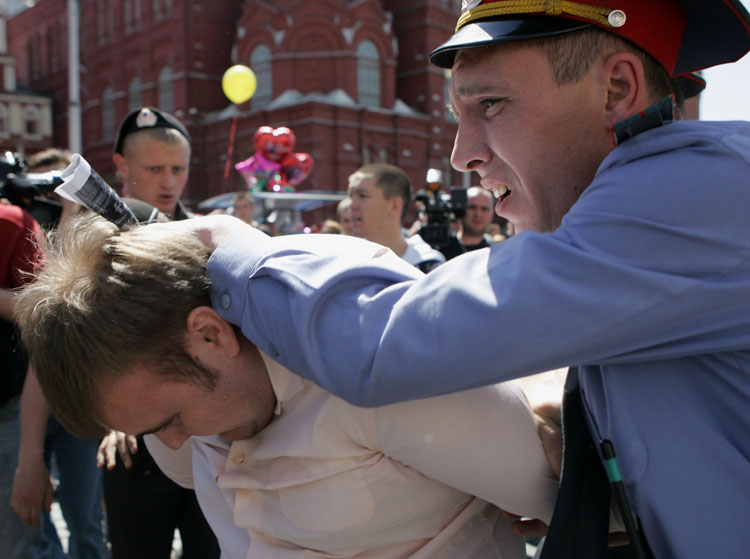 Moscow used to have a gay neighborhood. But in 2009 the gay bars and clubs there were shut down for “promoting unnatural sexual congress.” Now the only way to find gay bars and clubs – since they can’t advertise or put up a rainbow flag – is to bribe the concierge at your hotel. Then he will let you know where the secret clubs are.

They have also made it illegal to use the word “gay” in any language in any place where someone under 18 years of age can hear it. In fact, that law was recently used to file criminal charges against both Madonna and Lady Ga Ga for “promoting the gay lifestyle” during their concerts.

While the U.S. is not likely to turn over either star to be jailed, that’s still not a good sign.

The Ugly Part Of Gay Life In Russia

Ok, so the anti-gay laws are pretty bad. But, shockingly, it gets worse. First off, 43 percent of people in Russia thinks that all gays should be put in jail or psychiatric institutions. And many people are committed to psych wards when they tell their family members they are gay. 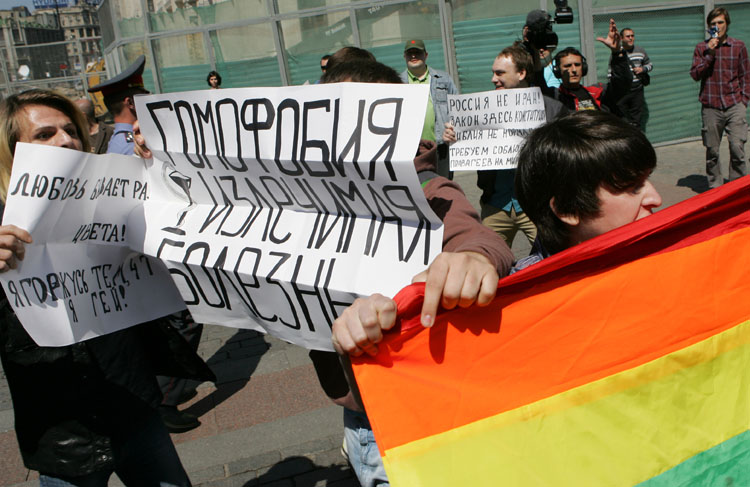 And still, it gets worse: Over the past few months, anti-gay groups have started a public campaign where they use social media to lure gay teens to a “date.” When the teens turn up they are tortured, pissed on, beaten up, and forced to admit that they are perverts. This is all videotaped, and then uploaded onto the Russian version of YouTube.

Despite the fact that the groups admit doing this and their faces are clearly visible on the videos, Putin has ordered police not to investigate on the basis, in his opinion, that these exercises help scare the children away from being corrupted by the “gay lifestyle.”

This has led other people to correctly believe that they can beat the shit out of men who seem to be gay, and not fear any police interference.

Meanwhile, Big Bad Vlad is making statements about how barbaric Gitmo prison is. Deliver me.

Things To Do In Gay Moscow

Check out Red Square. Pretend to like women. Dress really butch. Make anti-gay jokes. Fulfill your fantasies about getting pissed on by homophobes. Jerk off to shirtless pictures of Putin. See a ballet at the Bolshoi Theater before the entire male cast is thrown in jail. Spend some time in jail. Pray the person you are bribing doesn’t beat the shit out of you. Go talk to Edward Snowden about how much more “free” his new country is than the one he betrayed. 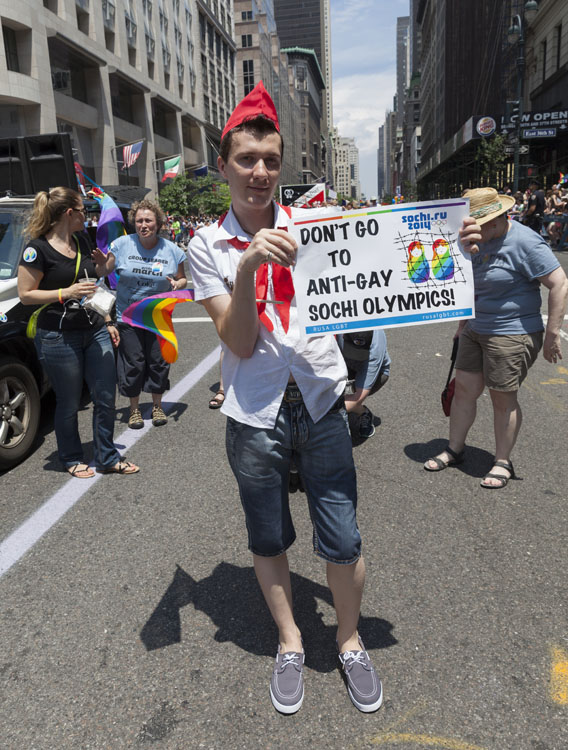 Or, you know, just go someplace that isn’t run by the biggest closet case on the planet.