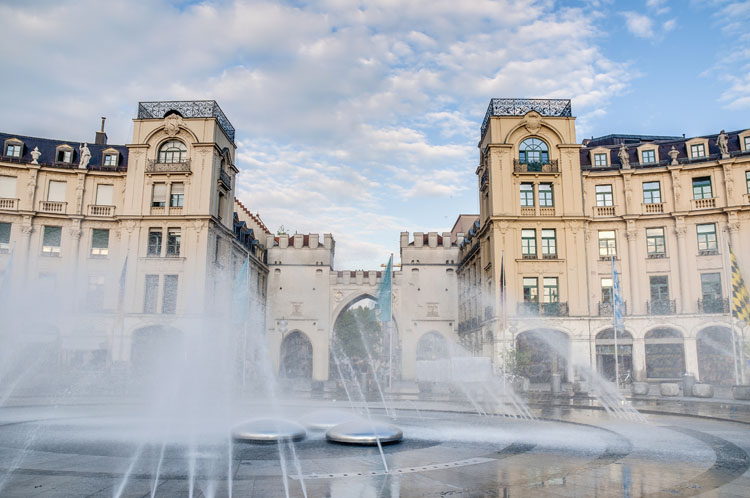 Are you ready to have some beer with the boys? If so, my darling little divas, delicious drag queens, handsome gay bears, and terrific twinky boytoys, I’m here to tell you about Munich, Germany – one of the most fabulous gaycation spots in Europe!

Located in the heart of the Bavarian Alps, Munich is the city where beer was invented – and its lively beer gardens are full of handsome men and their bodacious bellies! It’s a bear hunter’s delight! 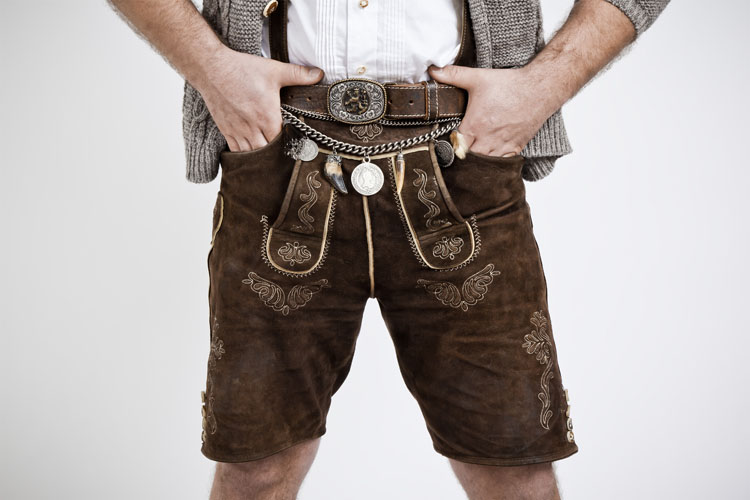 It is also one of the kinkiest cities in Europe – and no matter what your fetish, you’ll find a friend to fuck your hangover away! After all, you’ve got to do something to get rid of those carb calories! 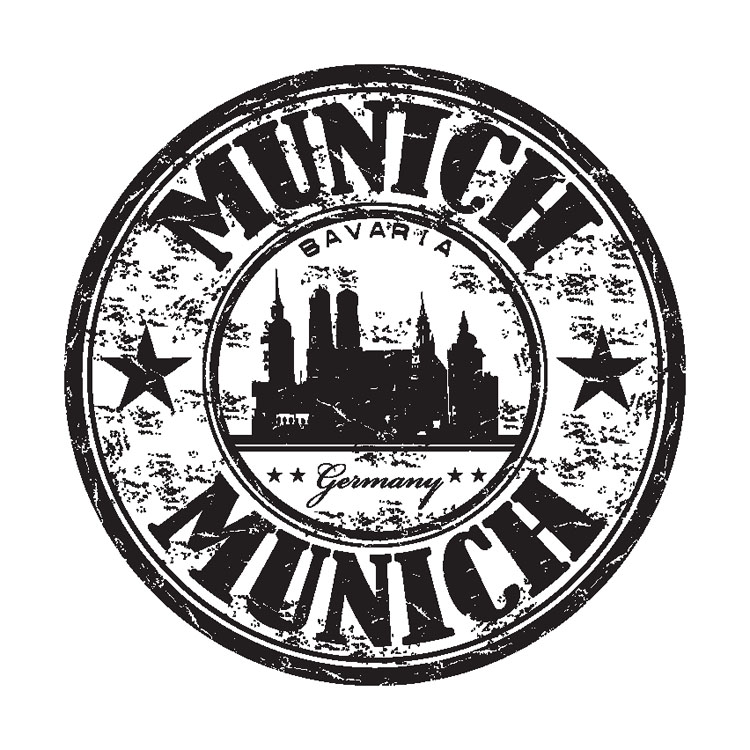 Munich has lots of activities – from hiking trails through the nearby mountains to tons of water sports – either in the back room of the boys’ bars or on the beautiful Lake Starnberg. 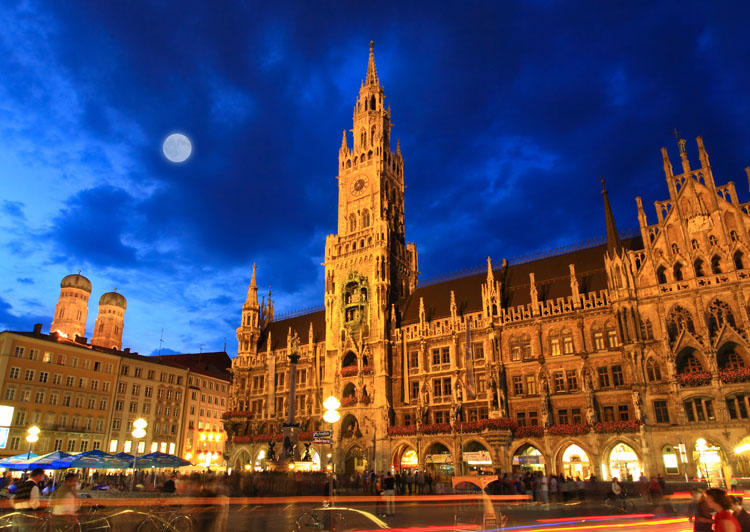 So, if you are ready for some hard core action with some strong German men, give in to your urges and let us take you on a wondrous voyage to Munich – it will make a man out of you!

Gaertnerplatz – Welcome To The Gayborhood in Gay Munich! 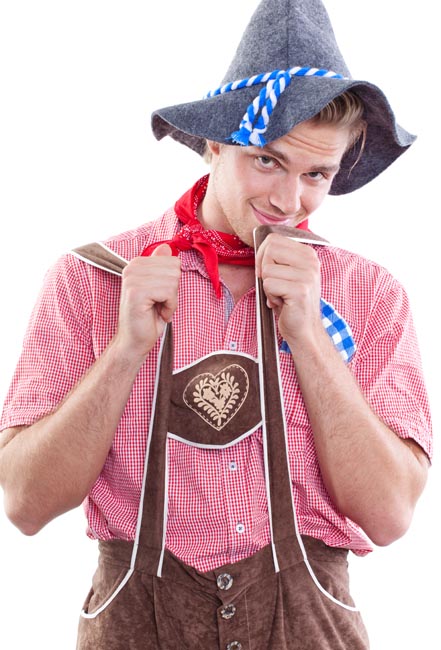 If you want to have a gay old time as soon as you arrive, head over to Gaernerplatz, the main Munich gayborhood.

While most of the city is very gay-friendly, Gaernerplatz is considered Munich’s official “Gay Village.” 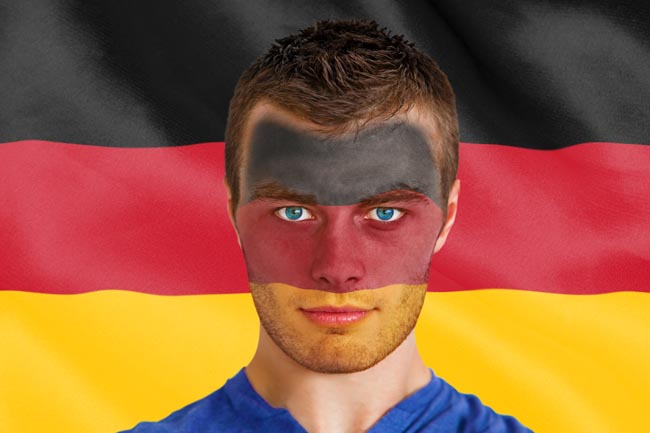 There are several beer gardens, and everyone seems to be on cruise control. At the center of Gaertnerplatz are the vanilla bars and clubs, but as you head down the side streets, things start to get kinkier and much harder core.

Of course, you’ll find the typical cabarets and lots of drag queens and rent boys wherever you go. There are more than 30 bars, clubs, and saunas in a roughly four-block radius – so you should have no problem finding the prick you prefer! 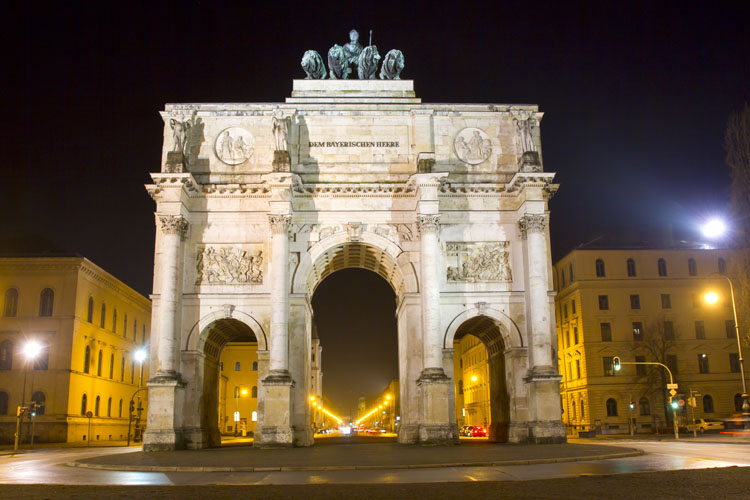 On Mullerstrasse you’ll have every kinky option you can think of, from piss baths to dungeons to hard-core s/m play.

The Gaertnerplatz is also where you’ll want to pick up a copy of the Munich Pink Pages – an up-to-date directory of all the current gay-owned and gay-friendly businesses in the city. 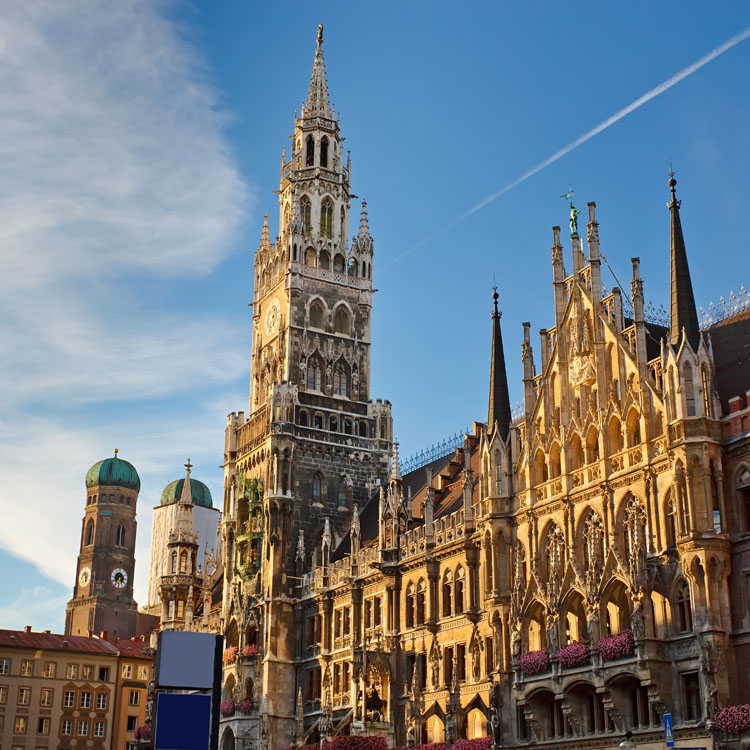 The Deutsche Eiche is more than a hotel – it’s an entire gaycation experience. It is completely gay owned and operated, and no straight people are allowed.

The hotel features its own raunchy bathhouses and saunas, as well as the hottest gay pick up bar in the city!

This is also the hotel Freddy Mercury stayed at when he visited Germany, and you’ll find various dedications to the late great Queen all over the hotel! 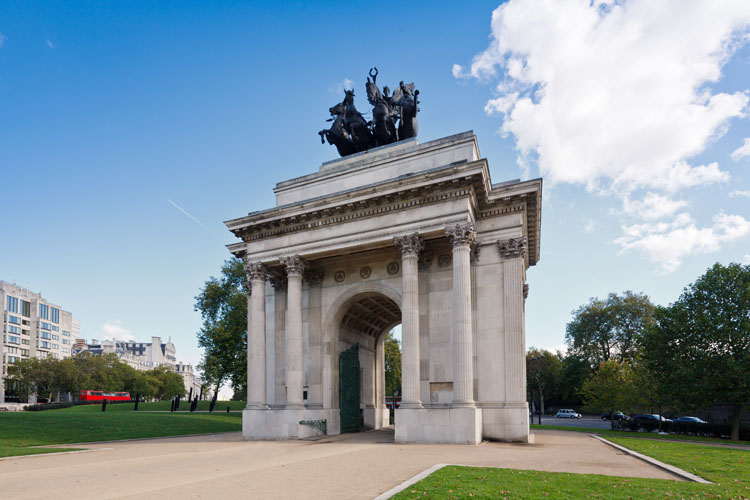 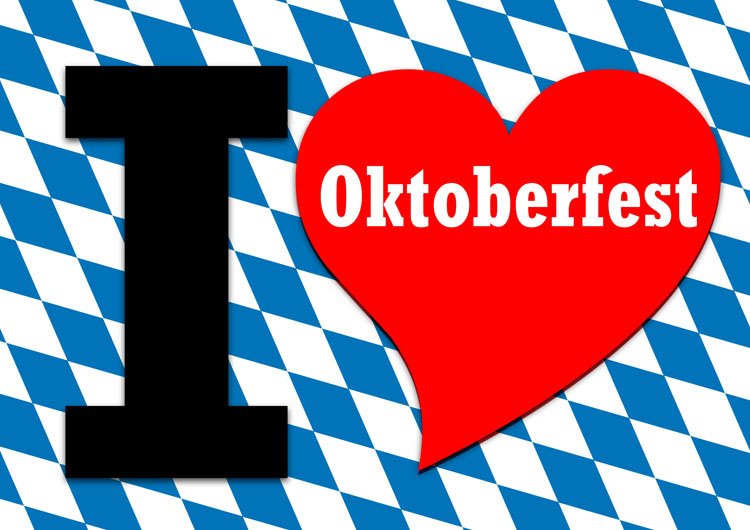 Munich’s most famous annual event is Octoberfest – which should really be called Cocktoberfest!

Held in late September and early October, the festival brings in tens of thousands of thirsty tourists who are ready to drink beer and eat spicy sausage. Every year there is an official “Gay Sunday” at Octoberfest, where the men come out to see just how much they can swallow!

Gay Sunday even features Gay Lederhosen events – for all you men who like your boys in tights! There are also official gay beer halls in Octoberfest – the boys at the Braurosel are generally the hottest man-candy around – but you’ll find plenty of areas sporting rainbow flags and giant pints of beer – because as we all know, size matters!

Just try to keep yourself at less than a gallon a day – unless you plan on hitting the piss bath bars later in the evening! 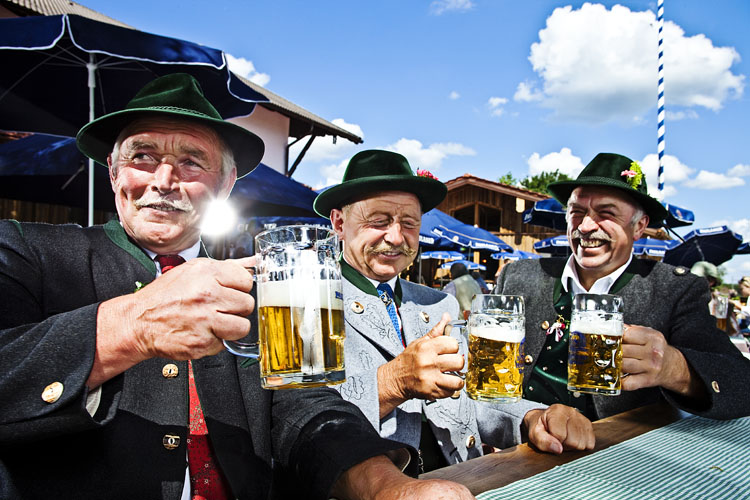 Every March, Munich is home to Christopher Street Day – one of the wildest and weirdest gay pride events in the Western World.

More than 30,000 men come down to watch the parade – and bask in the strangeness. There are almost no typical gays or bears in the parade, which is instead full of a mixture of drag queens and men in Lederhosen!

Either way, they end up wearing tights!

Along the parade route, most people come dressed in long boas, which are the traditional Christopher Street Day attire. If you don’t have your own – and really, you should – there will be dozens of street vendors who will to be happy to pimp your outfit with a beautiful boa you can call your own!

Nearly everyone wears heels or boots, and the entire event is completely dragalicious!

It doesn’t matter if you’ve been naughty or nice – Gay Santa is ready to stuff your stocking at the annual Munich Pink Christmas bazaar. Starting about two weeks before Noel, the Pink Christmas market is a giant pink and lavender area set up to sell nothing but gay-friendly products.

The Pink Christmas displays are popular with even the straightest Munich men, so you’ll have to wade through the crowds to see some of the hottest stalls. You’ll be able to have yourself a queer little Christmas! 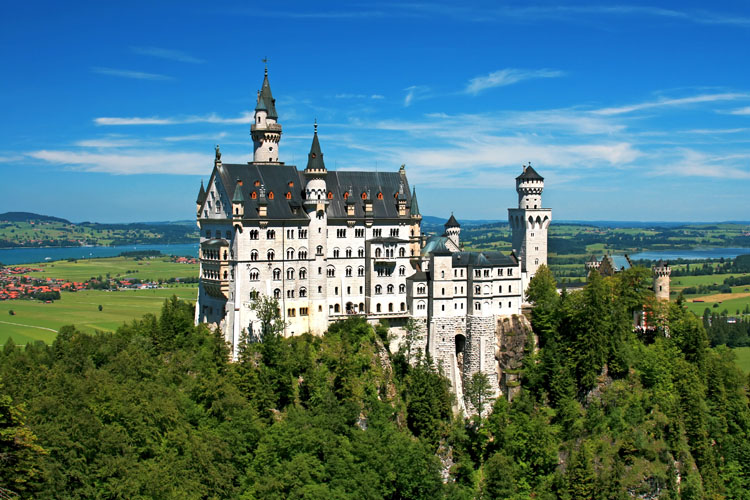 The most popular tourist attraction in Munich is Neuschwanstein Castle – the most famous and well-recognized castle in the world.

Sitting on a hill overlooking the city, the castle looks like it should be on top of the most fabulous wedding cake in the world!

It was built by Bavarian King Ludwig II, who was obsessed with the views he would be able to have from his home 2,000 feet above the city. It was designed by a theater designer instead of an architect – which accounts for its many dramatic flairs!

If you are into water sports, Lake Starnberg is a must-see – assuming you are visiting Munich in the spring or summer.

During warm weather, the lake is filled with windsurfers, and you can rent boards and sailboats all around the lake.

Waterskiing is also popular, and you’ll find lots of cute guys in kayaks and canoes up and down the lake itself – which is at the center of Germany’s famous “Five Lakes District.”
All in all, it’s a great place to get wet and wild with the boys!

The best place in town to spend an afternoon sipping drinks and watching the beautiful boys go by is the Marienplatz. It is one of the most beautiful squares in Europe and is full of fagtabulous cafes and delectably delicious restaurants.

At the center of the square is a giant statue of the Virgin Mary – which is where it gets its name. On the front of the square is the Glockenspiel, a giant and famous city clock on top of a fagtasatic neo-Gothic tower.

Most of the city’s festivals are held here – including the annual Munich Founder’s Day Celebration. At the back of the square is the Town Hall. You’ll also find some of the tackiest tourist shops in Munich on the streets around the Marienplatz.

Also known as the Church of St. Peter, the Peterskirche is the oldest and most ornate church in Munich.

The inside of the church is decorated with paintings by the Grand Masters over the past six centuries.

You can also climb up to the top of the church and get one of the most breathtaking views of the city outside of Ludwig’s Castle. You’ll have to climb a lot of stairs to get there – so make sure you haven’t been hitting the beer gardens too hard before you go!

From Water Sports To Beer Bellies – Munich Will Make A Man Out Of You!
There you go, my pretties – the sexsational city of Munich, straight from the queen’s mouth!
No matter what you are into – be it hardcore leather bars or water skiing or dragalicious Pride parades – Munich has everything you could ever want in a city, and more!

So my darling divas, kinky twinks and studly sex-starved cocksuckers – plan to spend your next gaycation in Munich.

Just remember to bring your Lederhosen! 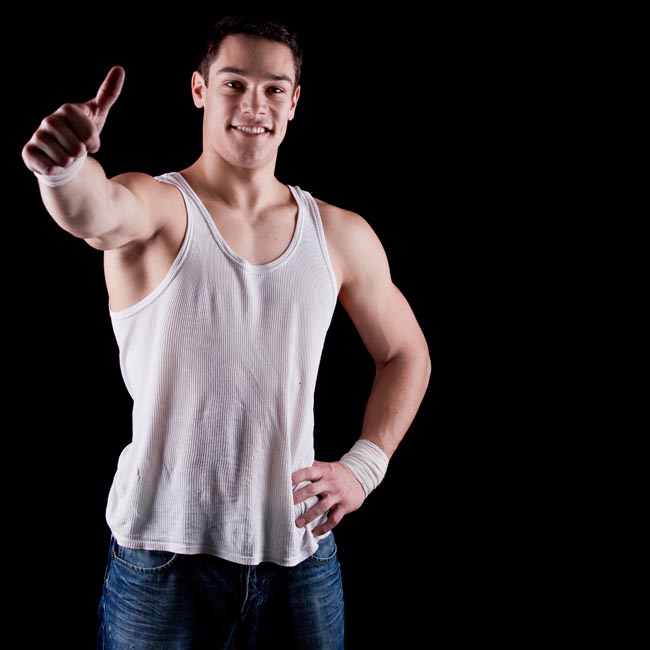