Even Bush Can’t Keep It Down –  Guide To Fabulous Gay New Orleans! 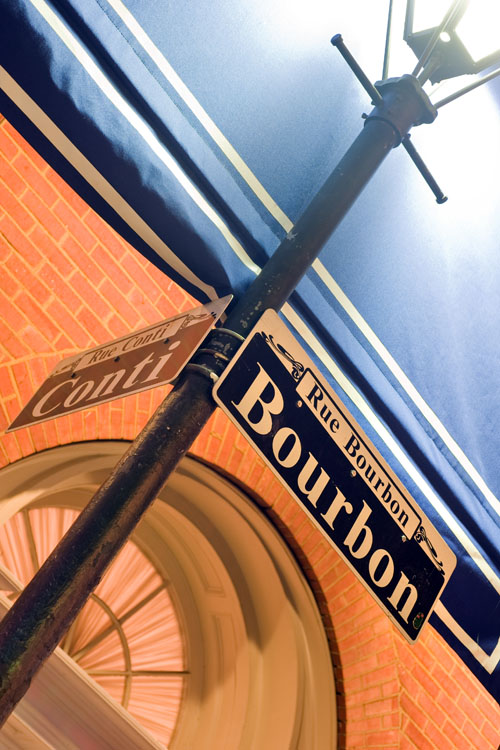 New Orleans proves that you can’t keep a bad boy down! While it got thrashed by one of the worst hurricanes in decades and abandoned by the bitchy Bush Administration, this fabulous southern city is back on its feet and practically screaming, “We’re Here! We’re Queer! Get Used To It!”

While much of the South is a bastion of Bible Belt freaks, married men hiding in the closet, and fat drunken homophobes, New Orleans is delicious, divine, and waiting for you to embrace its charms. So, don’t let Katrina or any other bitches keep you away! Get ready to follow us as we help you learn everything you need to know before you hit the most debaucherous city in the south! After all, there is a reason this town of dragulous  drag queens, tempting trannies, fuckable guys, and terrific gay bears is known as “The Big Easy.” We go down to New Orleans whenever we’re in the mood for the type of sexalicious weekend that mama warned us about!

Katrina – The Bitch That Couldn’t Bring New Orleans To Its Knees!

Everyone who’s anyone knows that when Hurricane Katrina hit New Orleans, it devastated the city, and that – as is usually the case – Bush didn’t help anything.

But, what many people don’t know is that while New Orleans was hurt by the hurricane, it has come back with a vengeance. Nearly all of the tourist attractions, gay bars, hip restaurants, public transportation and other divine delights the city has to offer are back up and open for business again. On the other hand – I know that some of my bitchy boy readers love looking at train wrecks. If you are one of those naughty boys, you can take the Gray Line Tour – Hurricane Katrina – America’s Worst Catastrophe! , and see parts of New Orleans that have yet to be rebuilt.

It’s a nasty little trip – but it might give you some primal perspective on just how badly the butch boys in the White House let us down!

Getting Your Drink On in Gay New Orleans

One of the most fabulous parts of visiting New Orleans is that it allows you to be out and about while getting your drink on! In most cities, once you order your drink you are stuck in the bar – even if it’s populated by the ugly, the rude, or the straight – until you finish your bootilicious beverage. Not so, in The Big Easy!

Here, they’ll happily give you any type of cocktail you want – including their legendary Mint Juleps – in plastic cocktail glasses. Then, you can walk out of the bar with them, cruise down the street, look at the man meat, and even go into another bar!

There also are no restrictions for drinking in public – which for the people of New Orleans is the local pastime – so you don’t even have to worry about running into the boys in blue – unless you’d like to get to know a man in uniform!

Once you get into New Orleans and have a drink or three, you’ll want to head over to Faubourg Marigny, the chic yet bohemian New Orleans gay neighborhood.

The Marigny, as it is called by the local gay boys, is proof that God is divine – it was the one area that was left mostly undamaged by Katrina. It just shows that God has good taste! You’ll want to explore and cruise for hot boys and sexy men in Washington Square Park and on Frenchmen Street , where you’ll find tons of delightful cabarets, sinfully sexsational clubs, and bars filled with some of the sluttiest boys you’ll ever want to go down on!

Even during Mardi Gras, Bible Belters, breeders, and frat boys avoid the Marigny – because the plethora of penis and magnitude of man meat scares them off!

In the roughly four-block area of the Marigny, you’ll find tasty restaurants right next door to some of the raunchiest bookstores in America.

Bending over for Creole boys in the Marigny is totally great, but you have to do something after you are able to walk again! This divine section of The Big Easy stretches for 14 blocks along the Mississippi River, between Canal Street and Esplanade Avenue. It is the biggest tourist section of the city.

The upside is that it is the headquarters of hard drinking, power partying, and some of the best jazz America has to offer. The downside is that it is often filled to the brim with drunken breeder types. You’ll find more tuna here than in a Chicken of the Sea factory. 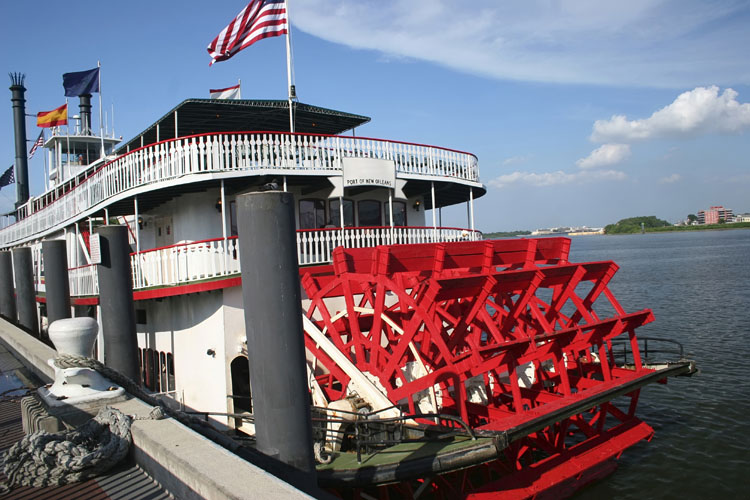 That said, it can be divine to watch the straights make fools of themselves while you sip your cocktails with the divine dignity you know the French Quarter deserves.

You’ll constantly be surrounded by street performers, who range from horrible to fagfuckingtastic! 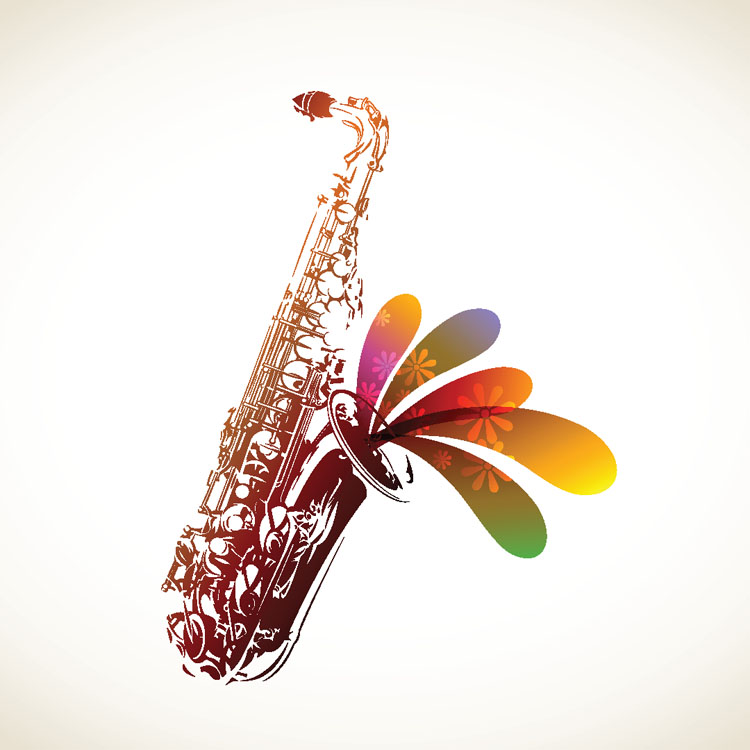 It’s also totally fabulous to take one of the history buggy rides around the French Quarter and watch the shenanigans from a distance – particularly if you’ve imbibed a little beforehand and are ready to soak up the local color!

When you are too hungover to drink, date or mate, you might want to cruise over to Esplanade Ridge overlooking the New Orleans Bayou.

This is where the locals live, eat, and chill out to avoid the tourists and let the city scene seep into their souls. You’ll find the real New Orleans here – and find that anyone, no matter their race, creed, or sexual orientation, is taken seriously here and treated with respect.

Esplanade Ridge is also where the annual New Orleans Jazz Festival is held and where you’ll find the New Orleans Museum of Art – which was thankfully spared Katrina’s horrible devastation. Of course, because this is where people really live and work, you’ll find the atmosphere a bit different than the rest of the city – even the baddest boys and naughty nancies mind their manners in Esplanade Ridge.

Do Do That Voodoo That You Do So Well

At the heart of the debauchery and sin that is the soul of New Orleans lies the ancient Voodoo religion that still thrives in the city. Take note, my divine divas and studly men: Voodoo is not about worshiping the devil – no matter what you may have seen in the movies.

Instead, Voodoo is a serious religion where the participants are in touch with the earth and her mysteries. Of course, that doesn’t mean you can’t get yourself a Voodoo doll of your local office homophobe and stick pins in it to see what happens or buy yourself a sex potion and see if you can bring the straight boy you’ve been lusting for over to the pink team! 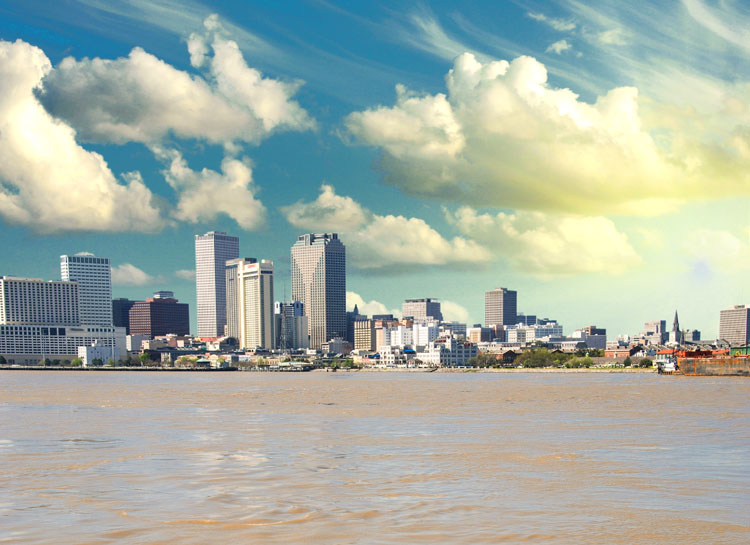 There are numerous shops in New Orleans that will sell you potions and spells, and explain Voodoo to you.

Perhaps the most well known and reliable is the Island of Salvation on Piety Street, where you can undergo Voodoo healing, purchase curses or simply buy candles to light for health and salvation.

Just be careful, you never know when a curse can backfire – and you wouldn’t want to find yourself magically turned into Born Again Christian, would you?

While the straight world celebrates Mardi Gras (and pleated pants, but I digress), New Orleans boys, fairies, divas, bears, muscle men and dykes know that the Southern Decadence Festival held every Labor Day weekend for the past 37 years is the real street party to see and be seen at! 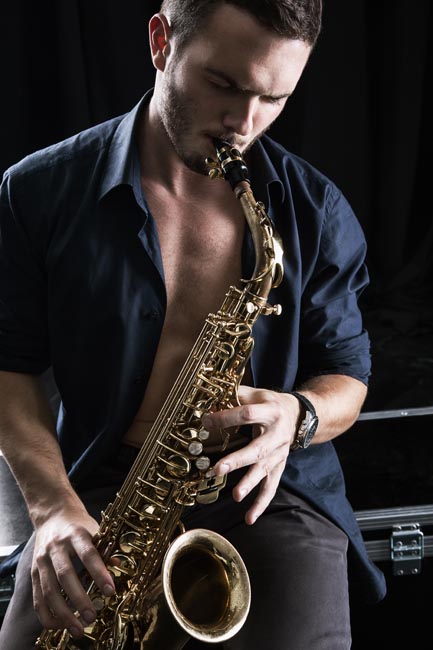 The code of the parade is to dress as decadently as possible, so pull out your best frocks or tightest leather pants and get ready to go down!

For nearly 36 years, New Orleans has been hosting some of the best Gay Pride events in American each and every June. Tens of thousands of fags and fag-friendly friends are expected to converge on Bourbon Street to party, dance and scope out the hottest of the hot!

Beads, boobs, and booze, oh my! There can be no real discussion of visiting New Orleans without talking about Mardi Gras – the two-week-long party that ends on the Tuesday before Lent. The fabulous premise of Mardi Gras is that the people of New Orleans give up good food, Voodoo, sex, and other sinful pleasures for Lent. So, they want to eat, fuck, and drink as much as possible beforehand.

People dress in masks, get on floats, take off their shirts and drink like deliciously drunken divas day and night during the festival when the population of the city nearly doubles.

While the media always talks about trashy tuna showing their mammary glands in exchange for plastic beads, none of the locals participate in such degrading behavior. In fact, wearing beads at Mardi Gras is the mark of being a trashy tourist and highly frowned upon!

Instead, you just want to dress up in the most fabulous costume you can find and get ready to party day and night while looking as divine as humanly possible.

You’ll drink, dance, and dick the night away – while sleeping off your sensational evenings in the warm Bayou breezes.

And, if you wind up here for Southern Decadence, you might even run into us– who knows how to go down and show a new boy a good time!