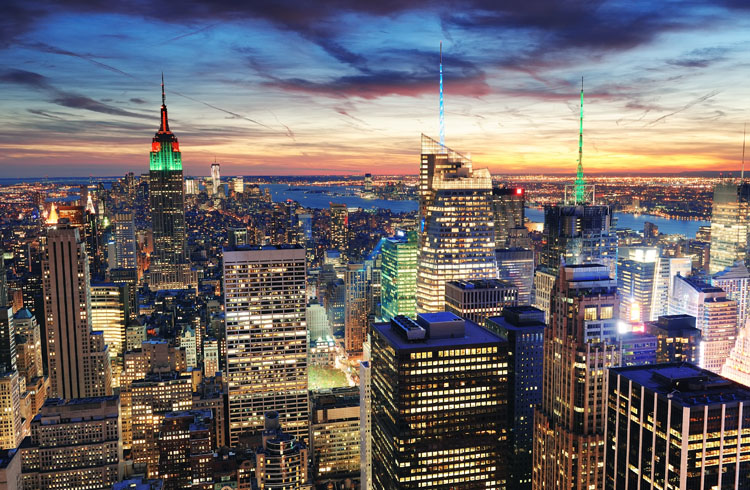 Whether you want to top or bottom, go out in drag as your divalicious self, find fantastic leather boys, or just be a tourist, New York has it all. This is the city of sin, the East Coast version of San Francisco, and a mecca for studs and bitches who want to get down and dirty with the boys.

New York is the Big Apple, and while Times Square has been cleaned up in recent years, the rest of the city is still full of hard cocks waiting for manholes and boys!

So, sit back, chill out, and get ready to learn where the boys are – and how to get your piece of ass in Metropolitan Manhattan!

Stonewall: The Start of the Gay Pride Movement

Any gay visit to New York City should start out with a trip to Stonewall – the site of the 1969 riots that started the American Gay Pride movement.

On June 28, 1969, the New York City police tried to raid the Stonewall Inn – one of the more prominent gay bars in the city. Rather than let themselves get arrested peacefully, the gays – led by a group of angry drag queens – fought back. 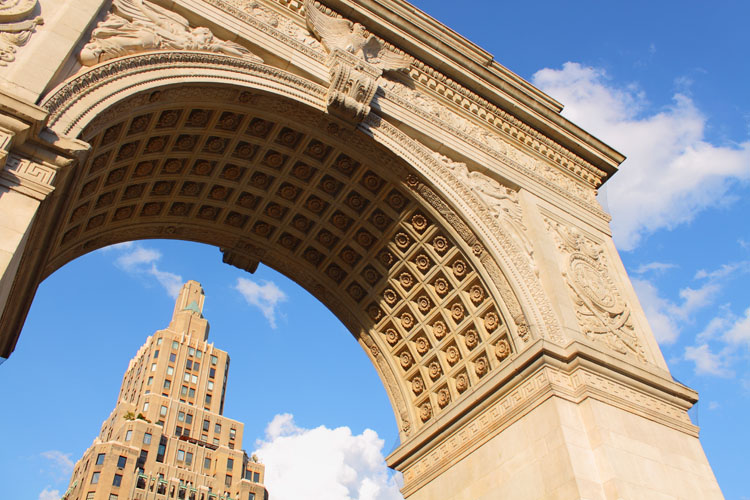 For the next three days, the gay community fought hand and fist with the boys in blue and eventually won! Afterward the police decided to never raid any of the city’s gay bars again.

While the Stonewall Inn itself has opened and closed several times over the years, there is now a monument celebrating the courage and conviction of the dudes and divas who fought for our right to get down and dirty and manhandle anyone we want!

The area around the statue in Greenwich Village downtown is full of gay bars and bookshops and is a very popular cruising area – particularly for tourists looking for their own personal slice of man meat.

You’ll get a great view of all of Manhattan, the Atlantic Ocean, New Jersey and the Statue of Liberty.

There are also a ton of tourist shops, Internet cafes, and trendy bars in the area – and you will be roughly five blocks from Penn Station – which has been recently renovated into a beautiful shopping and transportation mecca.

You do need to be careful, however, because there are a fair number of pickpockets and flim flam artists. Also, because of security concerns, you may get searched by the police on your way inside. Therefore, it’s a good idea to make sure that you don’t have any coke or tina on your person and leave your poppers at home!

Any gay guy worth the name knows that Broadway is the home of the best musicals in the world. Hitting the theaters is a great way to relieve your high school drama club experience, have a fabulous time, and sing along to show tunes! 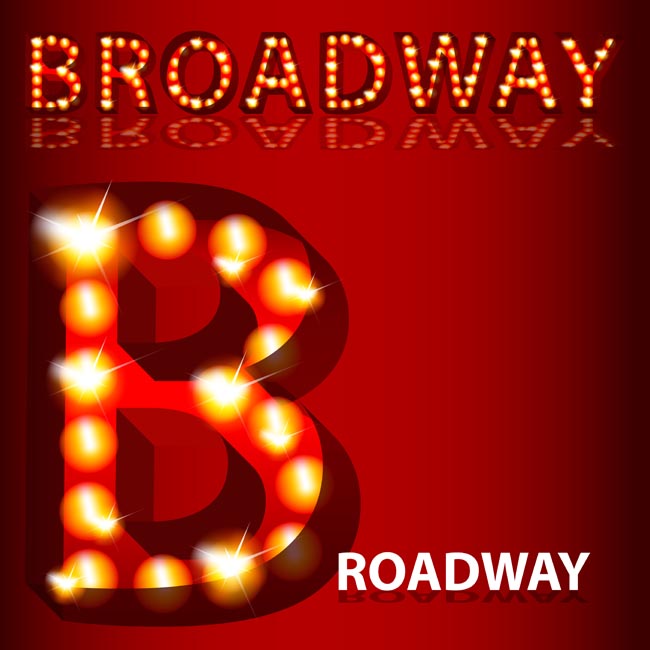 Many of the more popular shows sell out months in advance, but you can often get tickets at the door right before a show – because some people cancel their tickets at the last minute.

You can also save yourself some money by hitting the TKTS booth in Time Square – where they sell half price tickets to many Broadway shows on the day of the performance.

Matinees are generally held on Wednesdays and Sundays – but you probably want to avoid them unless you like being surrounded by fat heterosexual people from New Jersey.

Everyone needs to see Times Square at least once in their lives! The bright lights, the big city, the crowds, the charlatans and the shoppers are everywhere! Times Square is located on 42nd Street and Broadway – and is surrounded by every type of tourist shop, chain restaurant and buscar in the world. Keep an eye on your wallet to avoid pickpockets and look up at the huge CBS television and the giant neon signs.

This is also where David Letterman’s show is recorded, and if you show up in advance you can sometimes get free tickets to be part of the audience.

Times Square is also one of the most expensive places to eat in the world, so you might want to do lunch before or after you arrive and avoid paying tourist prices for your meal.

If you come to NYC in the winter you need to visit the art deco marvel that is Rockefeller Center. Located between 49th and 52nd streets, Rockefeller Center is where New York erects the largest Christmas tree in the world and home to fabulous outdoor ice-skating – at surprisingly reasonable prices! 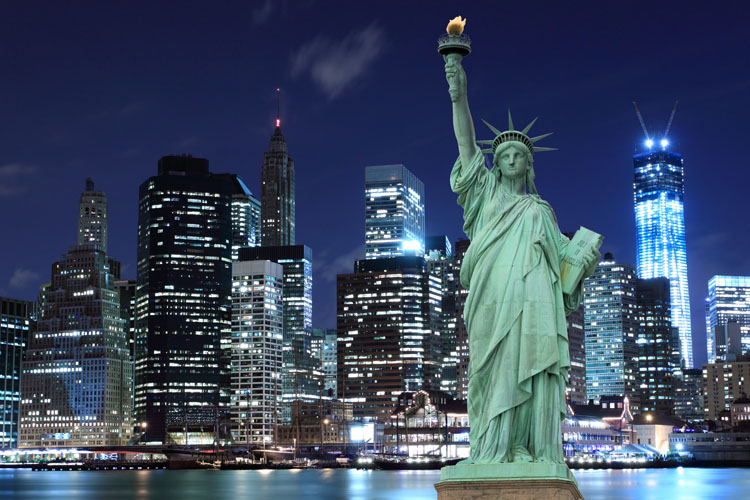 Inside Rockefeller Center is the home of NBC Studios – which offers a fun tour and the chance to see where some of your favorite television shows – including Friends were filmed.

Ground Zero is probably the most emotional landmark in New York City. Located downtown on Chambers Street – at the site of the former World Trade Center, Ground Zero remains the largest open gravesite in the world.

People come from all over to leave mementos, pray for the dead, and celebrate our sense of enduring freedom. While a new building will eventually be constructed, Ground Zero today remains a large, unimproved hole in the ground.

Treat the site with the respect it deserves and understand that many of the people you see at Ground Zero are there to mourn their friends, family members, and lovers who were lost on Sept. 11, 2001.

Once an entire section of the city, Little Italy has over the years become limited to Mulberry Street – but it is still one of the best places to eat in all of Manhattan. Many of the restaurants don’t have menus – instead the waiters will ask you what you like and make you a unique Italian gastronomical experience! 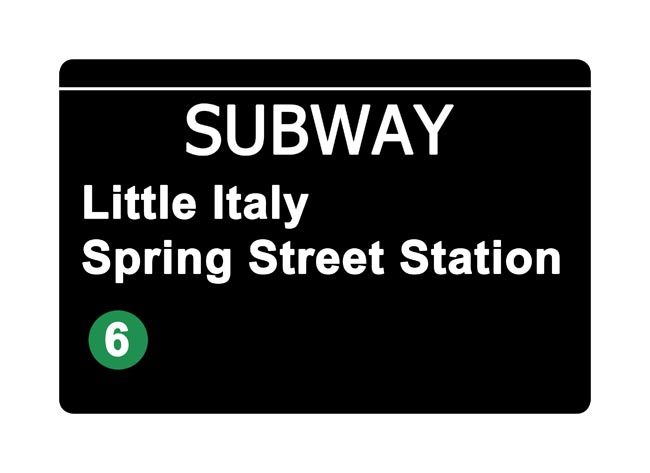 Some of the restaurants have been passed down from father to son over the course of three or four generations, and you are apt to have a great meal no matter which place you choose to sample the cuisine.

After you visit Little Italy you will want to make your way next door to Chinatown. This is one of the greatest experiences in New York – and one that has yet to be corrupted by tourists. As soon as you enter Chinatown you’ll notice that almost none of the signs are in English, and you may feel like a minority as you are surrounded by tons of Asian men!

One of the most fun experiences in Chinatown is perusing the wares of the various street merchants who sell cheap copies of practically every type of fashionable item known to man. From Jimmy Choo shoes to Chanel bags, if a hot designer makes it you can find a copy of it in Chinatown.

Nothing has changed so much over the years as Central Park. While it was once the center of crime and danger in New York City, today the park is one of the safest places in the world. 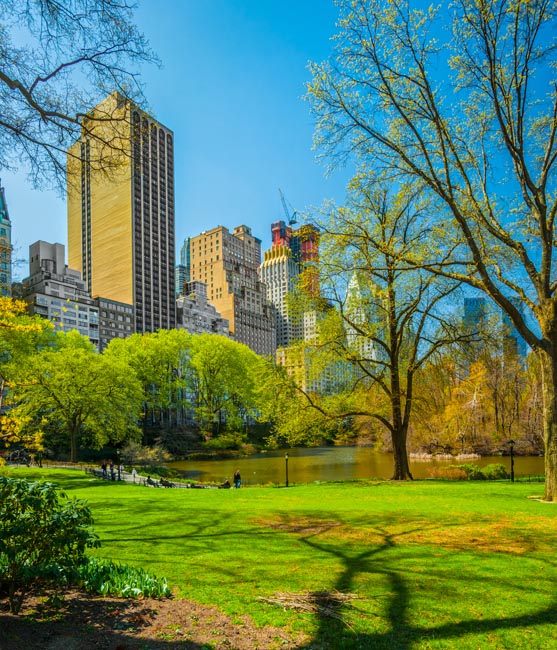 It’s well-policed, brightly lit, and beautiful. No matter what side you enter it from you’ll be surrounded by grass, flowers and people chilling out and having a good time.

The downside is that the police crackdown has made it almost impossible to cruise for sex in the park – so if you want to get laid you’ll have to go elsewhere.

Life can be a bitch that way sometimes, can’t it darling! 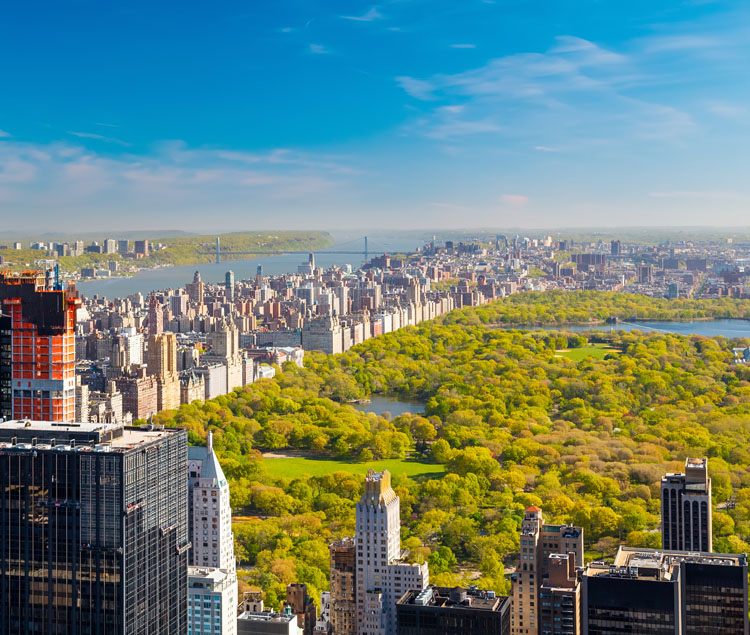 That said you’ll want to visit Strawberry Fields – named in honor of John Lennon, take a ride in a Hansom cab and if it’s summer watch the guys play softball!

Once you’ve done the regular tourist stuff during the day, I know what you want to be doing at night! Looking at the pretty buildings and parks is fun, but meeting and mating with hot guys is even better.

If you want to cruise for sex, get picked up, or just dive into gay nightlife the West Village should be your first stop.

The Christopher Street bookshops are prime cruising areas – and almost all of them have private booths where you can hook up, go down and get your dick wet.

It’s almost impossible to not get laid at night in the West Village – and you can have fun simply strolling from bar to bar to check out the local talent. Gays, lesbians, transsexuals, and drag queens are welcome almost everywhere, and you’ll outnumber the straight people by at least two to one!

Located on Eighth Avenue between 16th and 23rd streets, Chelsea is the second most popular gay bar and cruising hot spot.

This is where you want to go when you get tired of the West Village or just want a bit of change and a chance to find some new man meat. While not quite as hardcore as the West Village, Chelsea is still very gay – and most of the bars are at least gay friendly – if not out and out queer!

Trying to keep up with the trendy gay and lesbian scene in New York can be nearly impossible – because things change on a weekly and sometimes daily basis. The bar that was a hotbed of studly attraction two weeks ago might be yesterday’s news by the time you get there.

Therefore, it’s a good thing that the city has three excellent gay-friendly publications that can help you keep up on what’s hot, what’s not, and where the most fabulous time can be had.

The Village Voice is the oldest and most conservative of the gay rags – and can be had for free from kiosks and stores around the city. It will keep you up to date on gay events, has a large gay personals section, and lists lots of the best rent boys in the city.

HX and NEXT are also free and targets the young and hip gay market. They list lots of cool and trendy events – targeted to hot boys in their early to mid 20s.

More general gay listings can be found in The New York Blade – which places a specific emphasis on pride and gay power-related events.

Reading any and all of the three will help you realize where you need to go and what you need to do when making your way through the manly men and delicious divas New York has to offer!

Ok Boys – Time To Come Down And Go Down!

Well, now you know the basics of what to do with your asses when you hit the Big Apple!