Let me be blunt – everyone needs to visit Paris at least once in his life. From the rich food to the strong coffee to absolutely fabulous architecture, museums and shopping, Paris is one of the best cities in the world to spend your vacation. You’ll find that there is almost no homophobia, a huge and growing gay community, and all of the best fashions, all in one ancient and beautiful city! Drag is also huge in Paris, so whether you are a drag queen or just like to play one under the sheets, you’ll have a great time, if that’s what you are looking for. 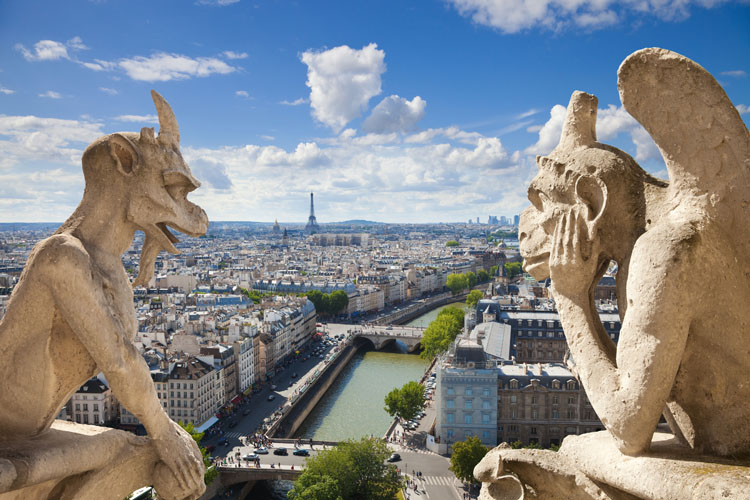 Of course, it’s true that the French themselves can be very hard to deal with – since they are some of the bitchiest men in the world – but you’ll find that Paris is a very cosmopolitan city where you’ll be treated to men from the four corners of the world just begging to get down on their knees! 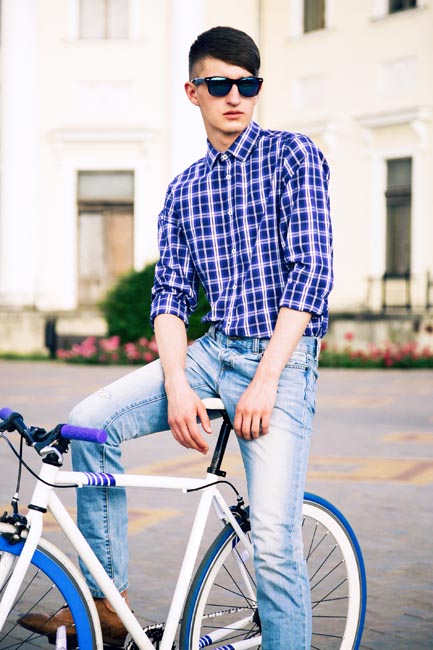 One of the few downsides to Paris is that your gaydar will be practically useless. Straight French men dress, look and act like gay Americans. They kiss each other hello, dance with each other in the clubs, and read fashion magazines. 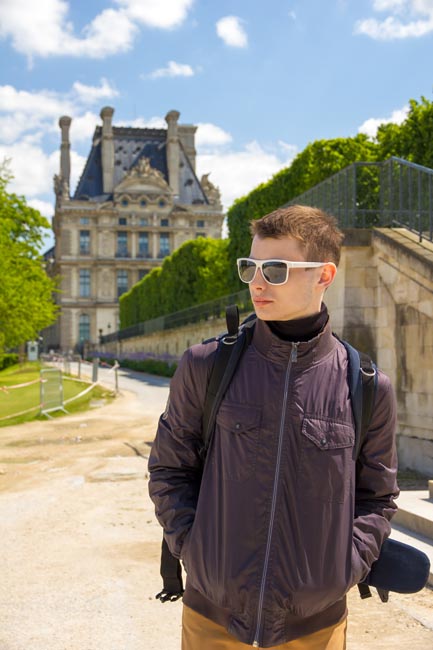 Stranger still, they think nothing of drinking pink drinks, bathing in aftershave, and surrounding themselves with female friends. It makes it nearly impossible to tell who wants to do what to whom!

Therefore, you need to be really careful when you go cruising and let them make the first move – unless you are in an obviously gay club. 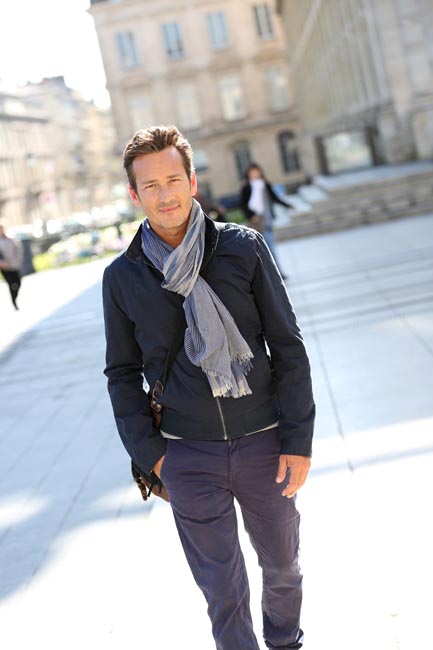 You should also be aware that almost all French men are uncircumcised. This is great if you have a foreskin fetish, but if you have only dated back in the States you might find that extra bit of skin to be a challenge.

That said, it does make it much easier to give them a hand job, and traps tons of pheromones around the tip – making each and every cock a scent sensation!

You should also be aware that almost all French men smoke – and if that’s going to put you off, you should stick to your fellow tourists. 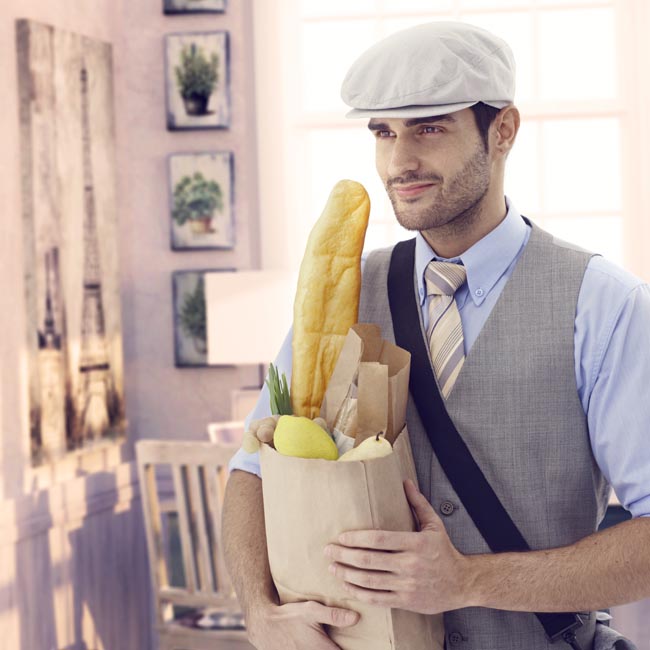 Prostitution is also legal in Paris, so if you want to get a guaranteed good time you can check out any number of alternative newspapers and find the rent boy of your wet dreams without worrying about getting busted or ripped off.

Clubbing in Paris is an all-night sexperience. You’ll find that most of the clubs don’t even open until midnight – which is a challenge since their subway system, Le Metro, shuts down at 12:30AM. What this means is that most clubs stay open until the Metro starts up again at 6AM – so be prepared for a long night out.

That said, the clubs are some of the most fashionable in the world, and many feature public or semi-public anonymous sex. More often than not, there is regular dancing on one floor of the club and then a tumble of naked bodies on the next floor. 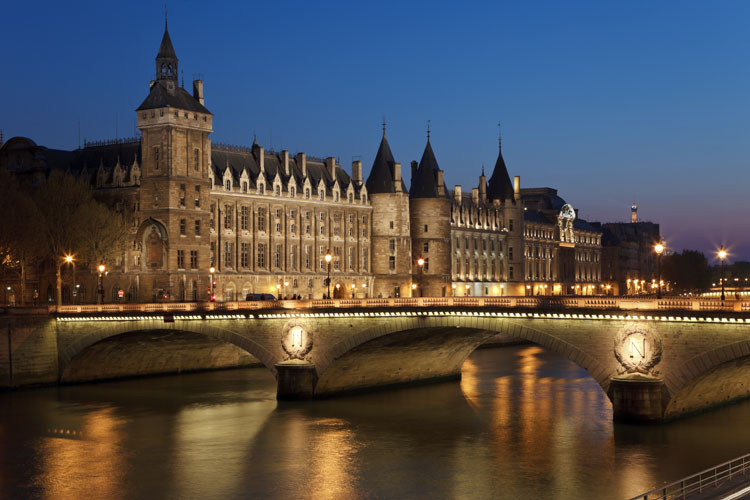 You’ll want to bring lots and lots of condoms – since you have all night to give into your cockalicious cravings.

Meth has yet to make it to the French gay community – but cocaine is very popular and much cheaper than it is in the United States. You’ll find that the men are much more open about using Bolivian Marching Powder than you are used to – mostly because drug use is generally more tolerated here than in America. Le Marais, located in the 3rd and 4th arrondissements, is the gay capital of Paris. You’ll find this part of town to be a non-stop cruising heaven all day and all night.

This neighborhood is where you’ll find all the most fashionable shops, coolest restaurants and literally dozens of gay bars and clubs. The bars generally are open until 1AM – and unlike in America, you won’t find that much hooking up going on. Instead, you’ll find men who want to go out to dinner with you or hook up later on at a club – which is when you’ll find get them to whip out their cocks!

As I noted before, gay muscle culture never really made it to Paris – the French are simply too lazy – so you’ll find a lot more bears than gym bunnies. If you want to get laid earlier in the evening, your best bet is any of the several dozen gay sex clubs in Le Marais – all of which openly advertise and are easy to spot. 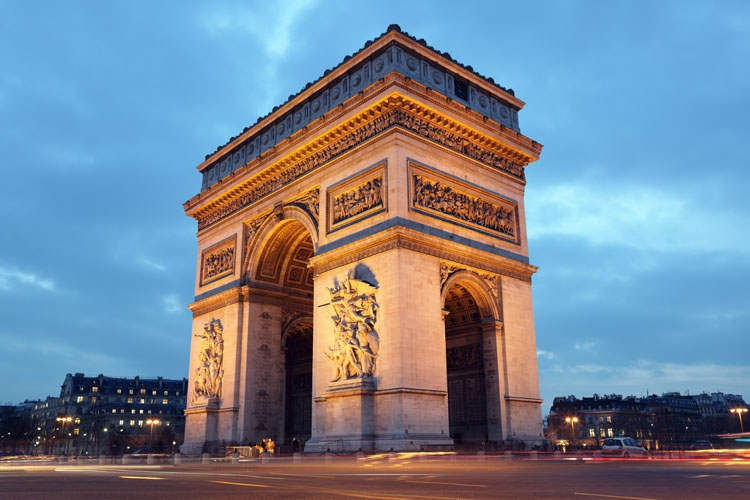 It is full of trendy cafes where you can sit for hours over a cup of coffee and watch cute boys walk by. There are affordable restaurants to tempt your palate and the most captivating clubs and bars in the city.

You’ll find plenty of gay bars in the Latin Quarter if you just keep your eyes pealed for rainbow flags, but you’ll also find tons of gay and bisexual men hanging out in the straight bars of the Latin Quarter. You can’t go wrong eating, shopping, drinking or cruising on either of these fabulously trendy streets.

No trip to Paris is complete without visiting the most popular phallic symbol in the world – the Eiffel Tower. 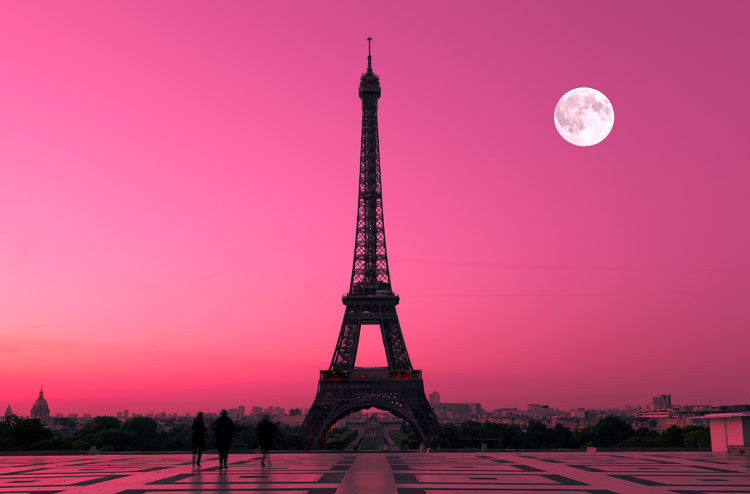 More than six million people a year come to the Tower and ascend more than 300 meters to the top to gawk at the city from the heavens. You can visit the Eiffel Tower 365 days a year – and find that it is almost always crowded.

You need to watch your wallet – because pickpockets abound around the Eiffel Tower – but other than that it’s a truly fantastic experience – and one you won’t want to miss!

You can eat in the tower at the interior restaurant – but the nearby bistros tend to serve better food at a more reasonable price.

The second “must” on any trip to Paris is the Champs Elysees – which is the Times Square of Paris. As you walk up the street from the nearby gardens you’ll see the Arc de Triomphe, a giant arch at the end of the street. Between the street and the garden are some of the most exclusive shopping centers in the world – where you can buy anything from a new Porsche to fine Armani suits.

You’ll also discover several dozen-movie theaters, all of which show films in English, as well as restaurants.

This is where the rich and famous live and shop, and where the tourists come to stare at one of the most luxurious streets in the Western World.

Located in the center of the Seine River is Notre Dame – the most famous cathedral in the world. Nearly 1,000 years old, it still holds Sunday Mass and is filled to the brim with tourists during the week.

This is where the Hunchback of Notre Dame is said to have lived, and you can still see the bell ringer’s tiny residence. The top of the cathedral is covered with gargoyles – meant to scare demons away.

It takes a while to climb to the top of Notre Dame, but it’s worth the exercise just to look out at Paris from this ancient religious icon.

For centuries, the Louvre stood as one of the most impressive royal residences in the world – rivaling even Buckingham Palace. Today, it is the most fabulous museum you will ever see – filled with such historic works of art as the Mona Lisa, Venus de Milo and Winged Victory.

Unfortunately, it was featured as a key setting in Dan Brown’s da Vinci Code, so it is now also full of religious conspiracy theorists who think that if they look hard enough they will find the Holy Grail.

Personally, I find my Holy Grail in Le Marais around 3AM – but that’s just me!

It can take weeks to wander through the Louvre if you want to see everything on display. Your best bet is to plan at least two trips to the museum – one to see the more famous works of art, and another to just wander around and get lost while surrounded by beauty.

Oh! Be still, my sacred heart!

Sacre Coeur – which has been open for worship since the end of World War I – is so beautiful it will bring you to your knees!

The all-white church glistens at the top of the highest point in Paris – which means that Sacre Coeur can be seen from almost any point in the city. It’s a bit of a trek – particularly in the hot summer – to get from the Metro stop to the church, but it’s so beautiful it’s worth it. 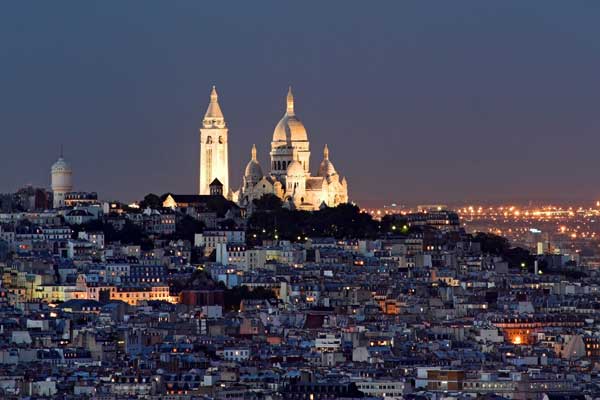 The church gets its name from the rather gruesome fact that some people believe Christ’s sacred heart is buried inside it.

To which all I can say is – ewwww!

If you want to get a fabulous gift for any of your friends or family members, amble over to Les Puces – the huge Paris flea market, which is open Saturdays, Sundays and Mondays.

This is not your grandmother’s flea market. 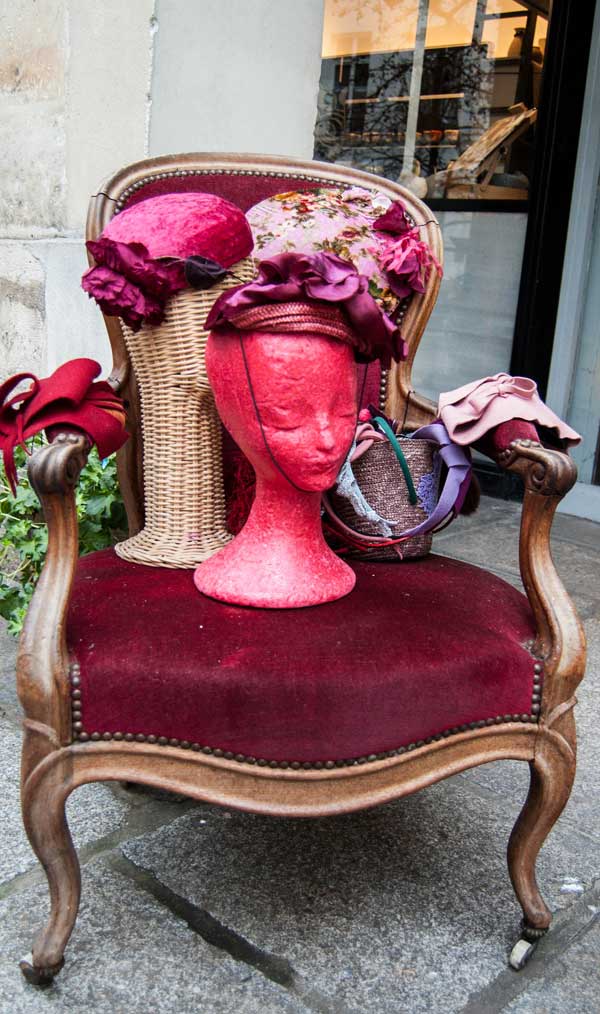 Instead, it’s a gigantic open-air antique shop with literally hundreds of vendors selling anything and everything under the sun. They’ll accept nearly any currency in the world, and it is almost impossible not to find something absolutely delightful here.

You can even arrange to have them ship your purchase back home for you – so you don’t have to carry it around the city!

How fabulous is that?

The Gay Pride Parade in Paris is one of the largest and most amazing in the world. More than half a million dykes, divas, drag queens, queers, fags, bears, and twinks show up every year – usually in late June – to march through the city in one of the most beautiful parades you’ll ever set your eyes on. 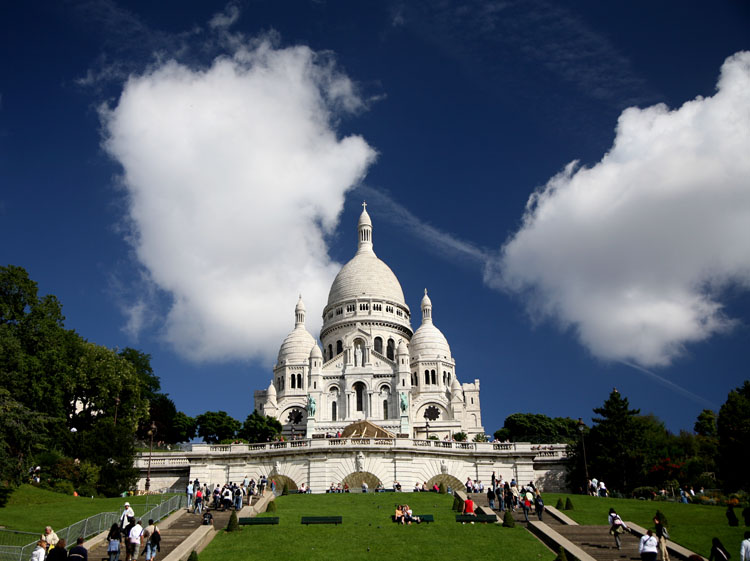 In the week leading up to the Pride Parade, there are literally dozens of club events, gala balls, drag queen competitions, and cabaret nights.

You can register for Gay Pride in advance – which will provide you with a complete list of all of the events so you know where and when to get your gay on!

Don’t let a certain skank give Paris a bad name! Instead, get your sweet little ass down to the City of Lights and get ready to get down on your knees in Le Marais!

No matter what you are looking for, you’ll find it in Paris – and you might not even have to deal with the French to do so! 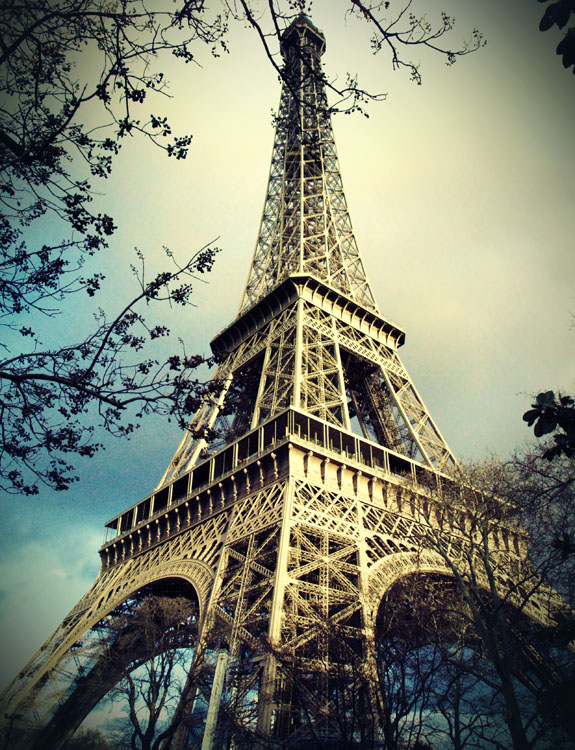