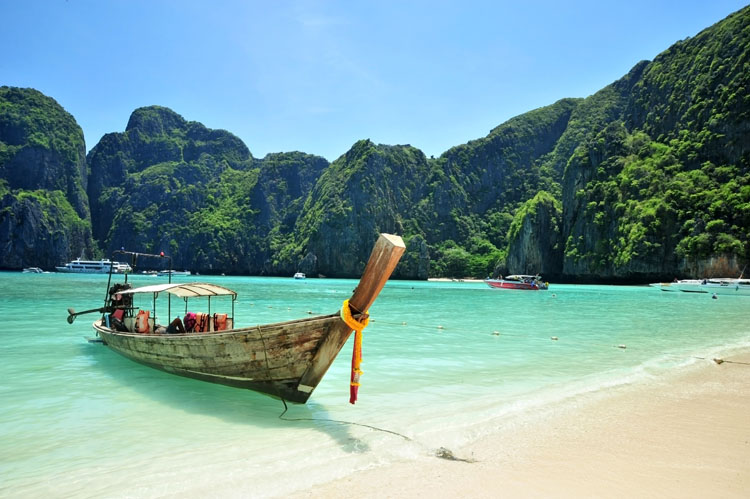 As a tourist destination, Phuket is surprisingly young. Even 30 years ago, there were few hotels, mostly barren beaches and little activity at the island’s airport. Today, it is hard to escape from the 5-star hotel complexes that cover much of the island, and the airport is in the midst of a major upgrade to accommodate the mounting number of direct international flights. 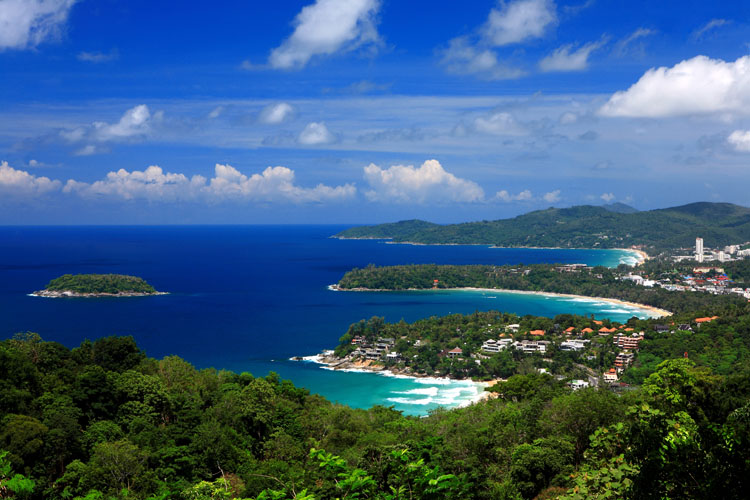 Well over 3.5 million visitors come to the greater Phuket area each year and, despite accusations of overbuilding, that number is set to increase considerably. Most still visit in the high season which runs from around November to June. Thereafter, the monsoon rains start to affect the island with many days in September and October being a virtual ‘wash-out’. So timing your visit is important if your primary goal is sun and sea. 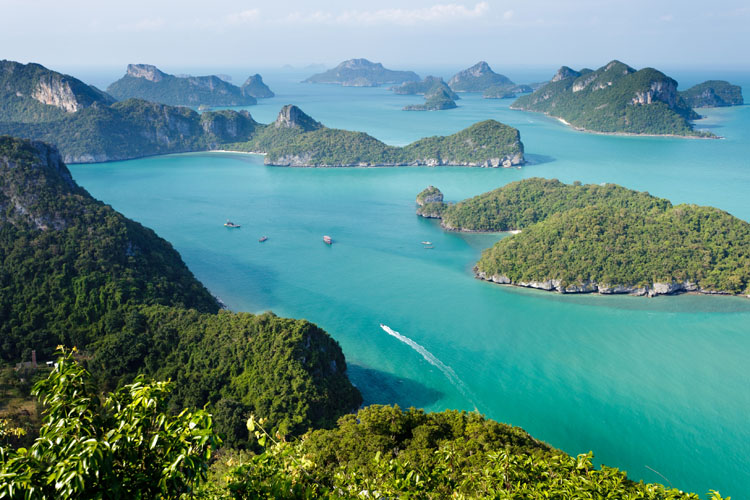 “The Pearl of the South” is situated in the Andaman Sea some 550 miles from Bangkok. Strategically, Phuket was for many centuries an important stop on the trade routes between India and China, and the island’s population illustrates the degree of immigration of Chinese, Malays and the Portuguese, the latter being amongst the first western traders to have a presence in Thailand. Whilst most Thais in the country are Buddhists, in Phuket 30% are Muslim. 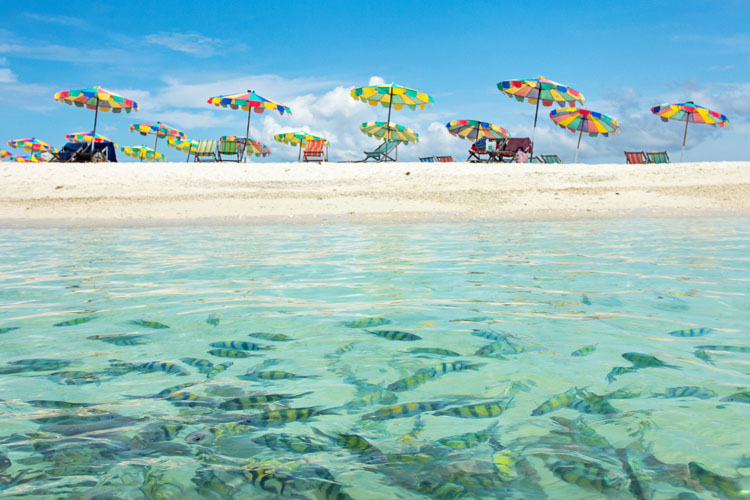 The administrative center of the island, Phuket Town, lies inland away from the beaches. The historical centre of its Old Town has some interesting Chinese and Portuguese mansions originally built with the riches from the island tin mines in the 19th and 20th centuries. This area is compact enough for a gentle morning or afternoon stroll, and when hunger beckons there are plenty of restaurants and cafes for refreshments. 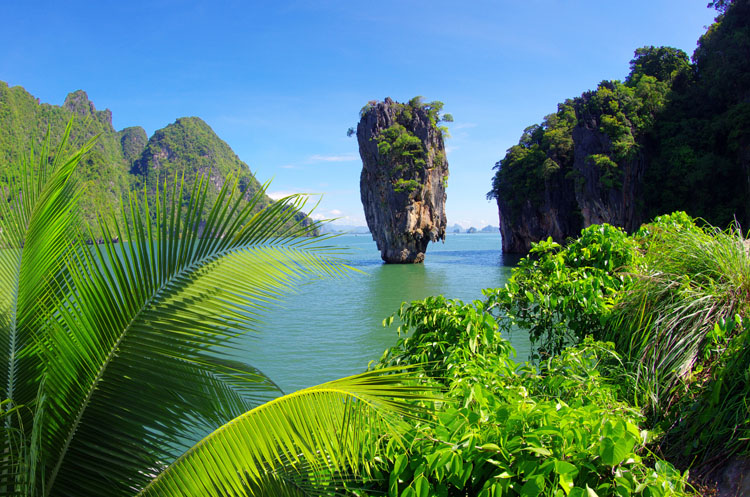 For most tourists, though, the island’s true center is Patong with its famous 2½ mile-long beach. It was here that the most awesome footage of the 2005 tsunami was filmed. Thankfully, all was soon back to normal and Patong has retained its popularity with a host of hotels and guesthouses both close to the beach or only a short walk away, with rates tailored to all budgets. 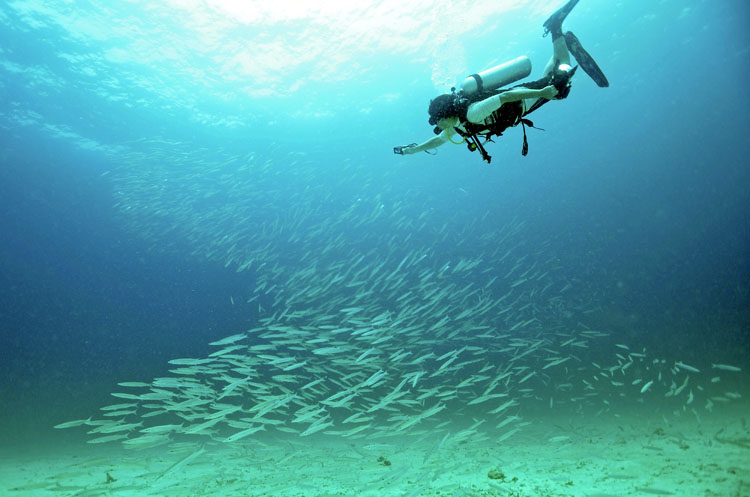 It is the beaches that are Phuket’s main attractions. Sadly, the island has been so overdeveloped in the last 3 decades that it is often hard to find beaches without major hotel complexes reaching down to the sand. But there are dozens of them of all different sizes dotted all over the island. Most are accessible from public roads, but some, especially those west of the Royal Thai Yacht Club Hotel at the end of Nai Harn Beach, require you to hire a boat to get there. Provided you are not joined by many other boats, the peace and solitude are well worth the special trip. 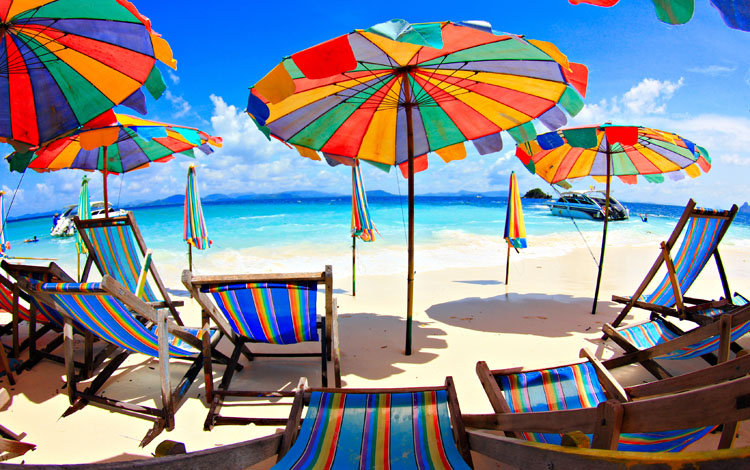 At the major beaches, you will find plenty of Thais offering massage services, cafes, small restaurants, and shops where you can rent scuba-diving equipment and arrange to join expeditions to explore the island’s undersea vistas and exotic tropical fish. If you have several days for your holiday, you can also learn to scuba-dive. 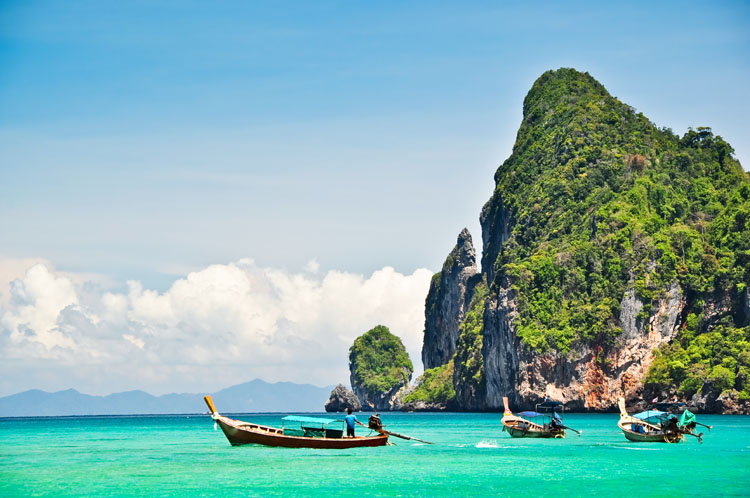 Whilst Phuket has a number of its own attractions, including Wat Chalong, the nearby ‘Big Buddha’, and a variety of traditional Festivals throughout the year, it is also the starting point for ferries to several major sights. To the north is the spectacular Phang Na Bay, its sheer limestone cliffs made famous in the James Bond movie “The Man with the Golden Gun”. You can pick up launch at many points on Phuket’s East Coast. Another movie “The Beach” was filmed on the popular Phi Phi islands to the east of Phuket. These offer an extraordinarily beautiful location and one of the most laid-back atmospheres in the country. The islands suffered badly in the 2005 tsunami, but the hotels and residences have all been rebuilt with accommodation to suit most budgets. Apart from the islands, the sea here is crystal clear and the nearby caves are worth exploring. Several ferries make the 2-hour trip in each direction every day. Phuket is known for some spectacular sunsets. For the best view, go to Promthep Cape on the south of the island, just above Nai Harn Beach. Or, to make it into a romantic evening with your special friend, drive up to the nearby Mangosteen Resort set on its own private hillside and offering great views over four bays. Enjoy a cocktail before sunset and then dine in the open by its meandering free-form pool. On another evening, a must-see for all visitors is a visit to Phuket FantaSea near Kamala Beach to the north of Patong, a 140-acre theme park built around a magnificent show in the 3,000-seat Paradise of the Elephants Theater, one of the widest theatres in the world. 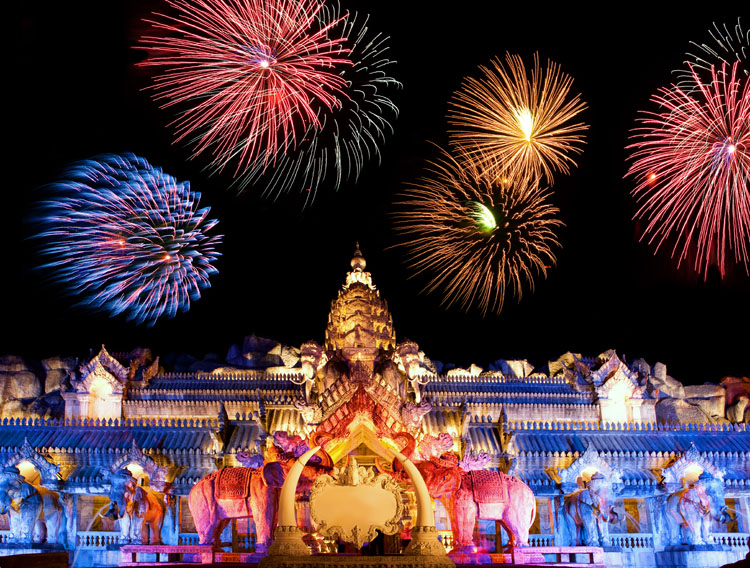 With a cast and crew of more than 400 (including many bare-chested handsome guys), this production marries the charm, beauty and traditional heritage of Thailand with the latest state-of-the-art stage technology and special effects. On stage, the 40 elephants, 3 tigers, 400 birds, Cirque du Soleil-type trapeze artists, Thai dancing, a monsoon rainstorm and indoor pyrotechnics are more akin to the huge spectaculars seen in Las Vegas than in a tropical island. True, it may be a bit over-the-top and even tacky in places, but It’s a fun way to spend an evening. You can purchase tickets that include travel to the venue and, if you wish, buffet dinner in a huge barn-like restaurant (although the quality of the cuisine is average at best). Before or after dinner, it’s time to head back to Patong to sample another of the island’s popular entertainments. Phuket’s Simon Cabaret has been running for more than 20 years. This extremely professional review boasts outstanding sets, gorgeously extravagant costumes and some of the most glamorous ladyboys anywhere. There are usually 3 shows each evening. The Tangmo Club in the town’s Paradise Complex also offers a twice-nightly smaller ladyboy show that includes a number of handsome athletic guys. 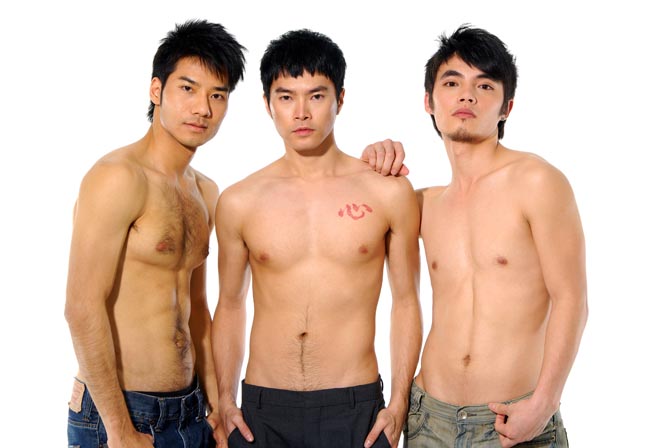 If you don’t plan to rent a motorcycle or van, exploring the island can be expensive. There are no taxis as such, only tuk tuks whose drivers will take you anywhere – unfortunately for a price that is a great deal more than you’ll pay in other parts of Thailand. There are public bus services, but if you plan to visit somewhere out of the way or late at night, either have your driver come back for you or make sure you have enough cash to get back to your hotel. 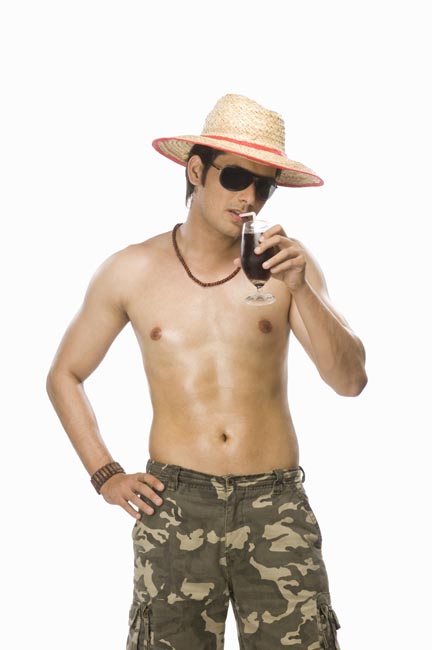 Phuket’s gay nightlife tends to start late and is mostly centered around Patong’s Paradise Complex. Here you will find a handful of go-go bars and plenty of open-air host bars in the little alleyways in front of the Complex. There are two gay saunas, one in the Aquarius guesthouse in Patong and the other in Phuket town which seems to attract quite a number of younger Thai boytoys. There is also a small number of massage parlors, mostly in Patong around the Paradise Complex. No matter how much or how little you do when you get to Phuket, we know you will be utterly charmed by the island and have fun on your gay vacation. We can’t wait to see you there. 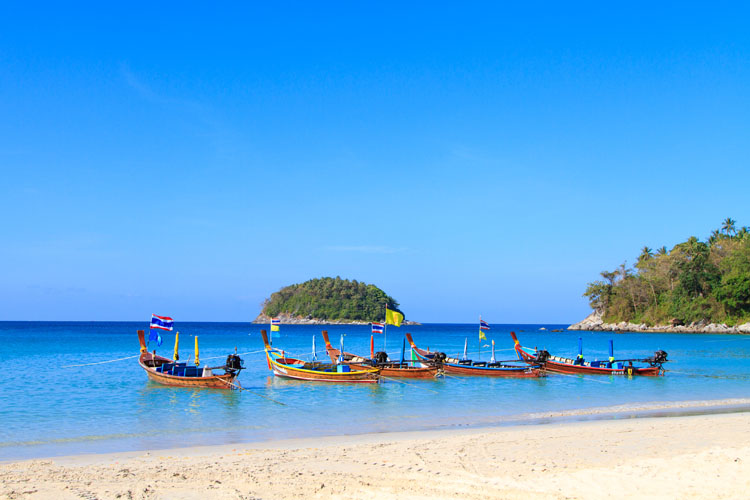