Welcome To The Gayborhood – Our Guide To The Gayest Place On The East Coast – Provincetown, Massachusetts 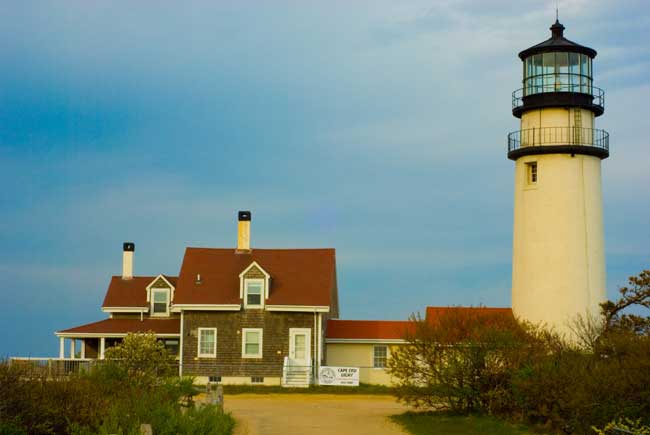 Today we are going to talk to you about the most fabulous summer city of sin in America – Provincetown, Massachusetts!

Gay couples making out on the sidewalks, drag queens smoking Parliament 120s in hot pink cafes, and beautiful boytoys looking to huff and puff and blow your cock down are considered normal here. The best part is that you’ll never have to see straight people holding hands or kissing in public – because we all know how gross that is!

Provincetown, particularly around the Fourth of July weekend, is the hottest place on earth – and the center of cock cruising in the USA! Located on the tip of Cape Cod, Provincetown is where anything and everything goes – as long as it’s queerific, fabulous, and sinfully delicious. The locals call it Gay P-Town – but we simply call it fabulous!

The only downside is that there is a lot of poison ivy in the bushes, so be careful and look before you leap if you want to dine al fresco on the man meat of your wet dreams! Aren’t you just breathless in anticipation? 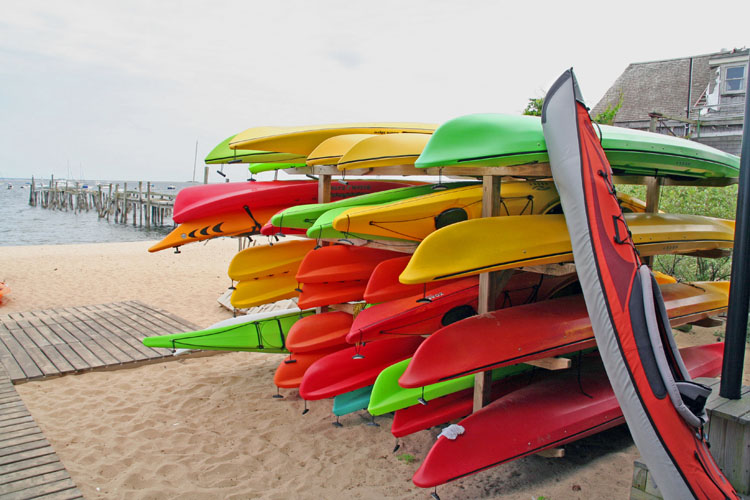 Once you check into your hotel or villa, the first thing you’ll want to do is grab a towel and head for the sun and sand. If big-bronzed boys are what you are looking for – and if not, what are you doing here? – you’ll want to take your sweet little ass to Herring Cove Beach. When you first enter the beach, you’ll notice a lot of boobies – because the entrance area is very lesbian – but fear not!

All you have to do is walk to your left for a minute or two, and you’ll be in gay male beach bunny heaven! Once you cross the line to where the boys are, you won’t see a single girl anywhere – not even a stray fag hag!

The more daring among you might want to keep walking for about 20 minutes, and you’ll find the nude section of the gay beach. Be sure to run lots of high-octane suntan oil on your pink penis – because you know you don’t want that to burn while you’re checking out the man candy!

Near the nude beach is a path into the bushes called the Enchanted Forrest. This is where you can cruise for cock and find a stranger to play hide the sausage with.

Keep an eye out for poison ivy before you start your romp, and then get ready to suck, fuck and lick your afternoon away!

Once you’ve had your craving for cock – if you don’t feel like going back to the sun and sand, you may want to take a hike over to the nearby historic Dune Shacks.

These shacks date back to the 1940s ‘and 50s, and are where many of the 20th century’s great writers and artists came to work in the summer. In fact, Tennessee Williams wrote A Streetcar Named Desire in these shacks, and the likes of Marlon Brando and Eugene O’Neil spent their summers here. 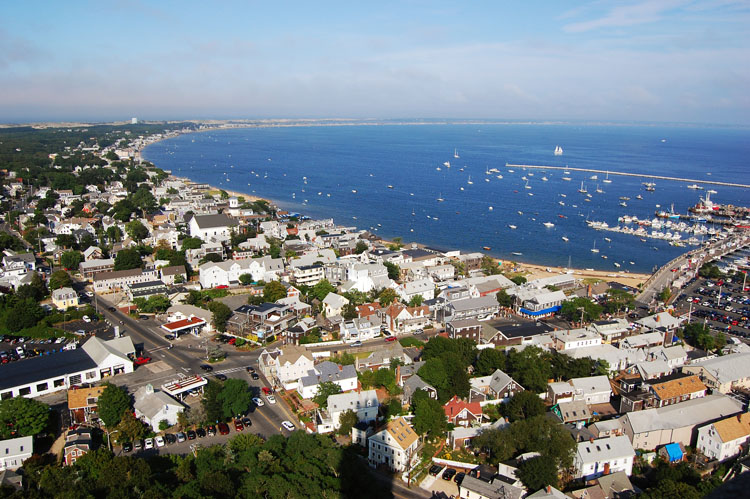 The shacks are still lived in and kept in pristine condition – and are fabulous enough to be worth the hike!

Because the bars and clubs in Provincetown close at the unspeakably early hour of 1 AM, the boys start boozing and cruising early – with the daily Tea Dance at the boat slips by the water.

The men – no women allowed – start to gather around 4 PM and dance, drink and hook up for their first cocktastic part of the day – assuming they haven’t gotten some naughty and nasty action in the Herring Cove dunes already!

The initial Tea Dance goes until about 7 PM when women begin to return to the boat slip. Then, several nearby bars have Tea Dance after-parties that go on until about 9:30 PM.

Of course, the Tea Dances are full of men looking to sex it up before dinner – so try to look your best and get laid in the shade! 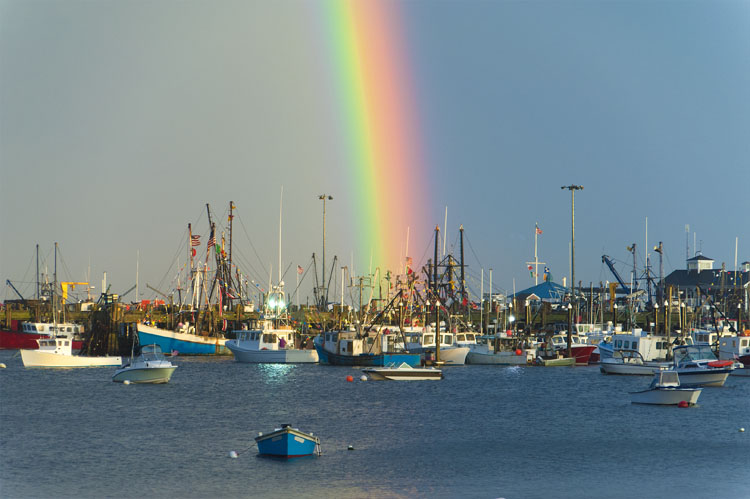 After the Tea Dance, most of the men head down to Commercial Street for a quick meal at any number of the fabulous restaurants along the shore.

There is anything and everything to eat, and they’re all are gay-friendly, so you can afford to be picky about what you want to put in your gorgeous little mouth.

Then the boys head out to the clubs to pick up their catch of the day. All of the bars and clubs in Provincetown are gay, so you don’t need to waste any of your time looking for rainbows!

Instead, just pack condoms and pick the watering hole of your choice. No matter what your gay fetish or scene, you’ll find one or more bars that are perfect for you.

There are three main leather bars in town, several drag queen dives, clubs for twinks, and bars for bears. Just take a look at the men standing in line and decide if they are your flavor of the night! 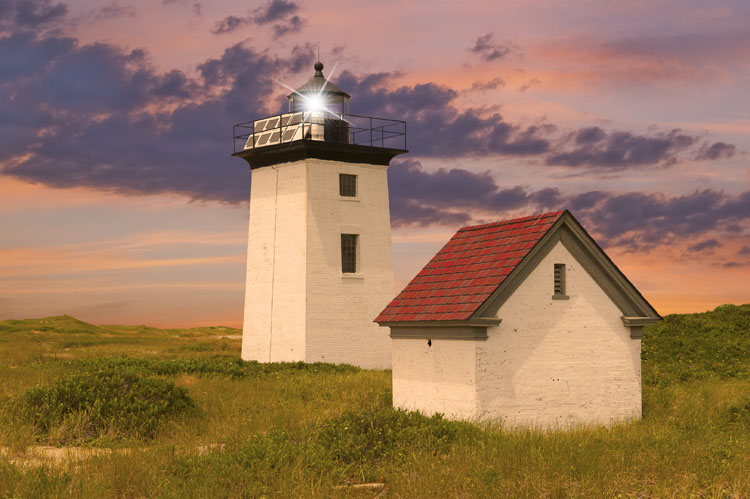 Most of the pickup scene action in the clubs start around 11 PM, so you might want to get in the door around 10:30 and start your cock hunt as early as possible. Just set your sights on the man of your wet dreams and move in for the thrill!

Special events – from speed dating to all gay, all-day cruises, to dances and cabarets – and even vodka tastings! – Abound all weekend. Many of the events sell out early, so you’ll want to make your reservations as soon as possible in order to find the stud that will make you cream in your jeans!

The events culminate on Dec. 31 with the most fabulous gay New Year’s Eve party in America!

It will blow your little mind! Twinks with kinks can be fun for a filthy night of fucking, but when you get in the mood for a real man, you’ll want to find yourself some hairy bears and show them your honey pot!

We are salivating just thinking about it!

It’s time to get your chaps on and feel the studs in these hot leather boys!

For more than a decade now, Provincetown has celebrated Mate’s Leather Weekend at the end of September. Because Provincetown is cool in the fall, the leather daddies and their boys wear their costumes – either leather, vinyl, or rubber – all day long, and even on the beaches! 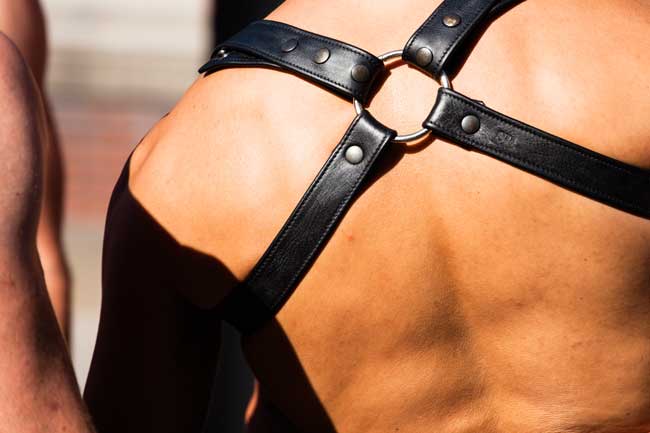 No matter what type of leather scene you are into, you’ll find a strong top or a hot bottom slave to meet your man meat desires.

Dozens of events are held during the weekend, from tea parties to club nights, to all-out cock cruising dickaliciously divine events. This weekend is for the piggies, and all the daddies and leather guys show up in style!

It’s to die for – and you know you love leather!

With this ring, I thee bed!

P-Town has become the gay marriage headquarters of America.

You don’t need to be from Massachusetts to get married in Provincetown – all you need to do is get your marriage license in advance, and then pick out the tuxedo or dress of your choice and invite all of your fabulous friends down to celebrate your union! The only requirement is that you agree to plan to move to Massachusetts at some point in the future – but who knows what the future holds – and once you are married, your man is yours forever!

Getting hitched in Provincetown has become so popular that many of the best venues are booked more than a year in advance, so you’ll want to make your arrangements early – after all, it may be your only day to be a blushing bride or a studly groom, so you may as well make the most of it!

Head Down To Gay Provincetown And Get Ready To Get Your Gay On!

Provincetown is one big gayborhood – and can be Party Central for your next great gay vacation!

Why not plan your next gay vacation in Provincetown – and see if you can track down a boytoy of your own!