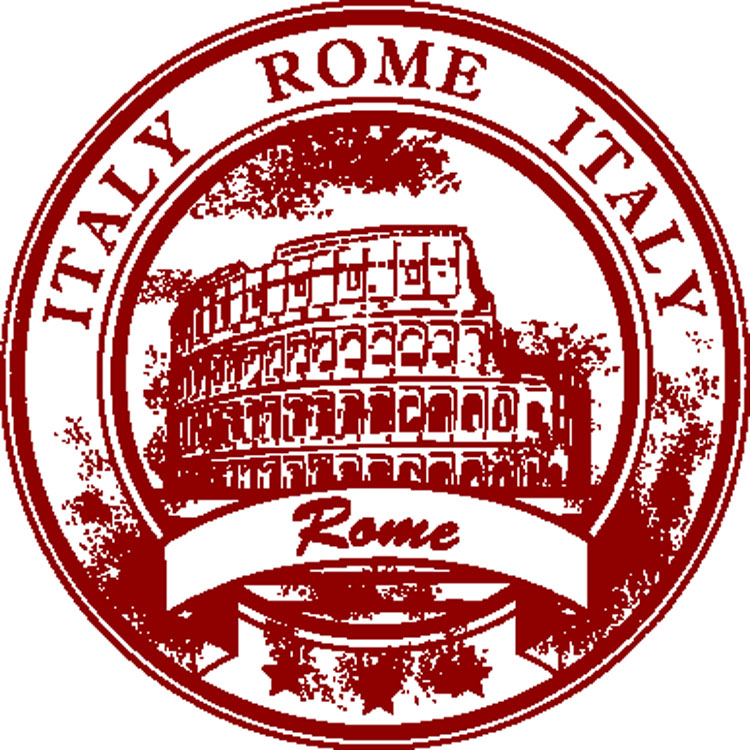 Rome – where you can wander past statues of naked men and fulfill all of your glorious gladiator fantasies – Rome!

As I’m sure you know, Rome was one of the first cities to embrace gays and lesbians. More than 2,000 years ago the emperors, senators, and aristocracy of Rome were fucking and sucking each other like no tomorrow – regardless of age or gender! 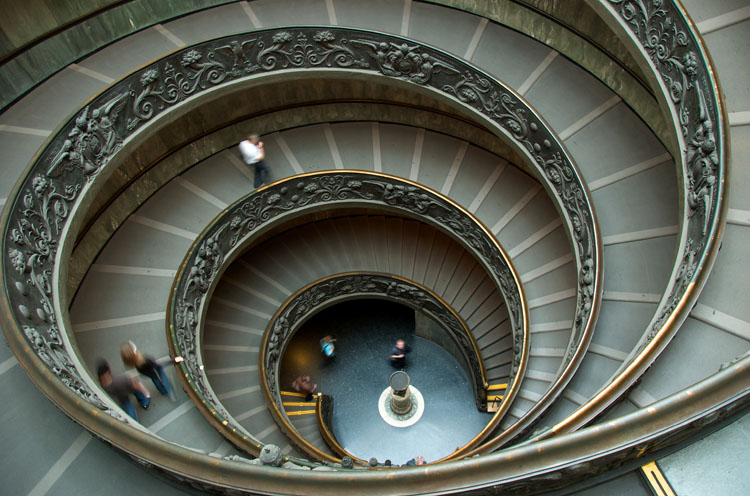 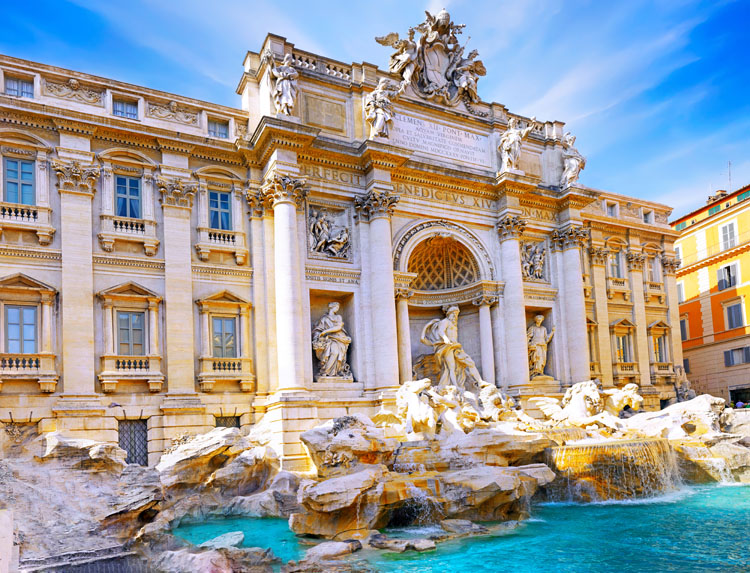 Today, while not quite as out in the open, gay sex is still a huge part of Roman culture, and happy homos are fully integrated into city life.

No matter where you go, you’ll find hot Italian men and beautiful boys ready to fuck and suck the night away – and you can do so with pride, knowing that you are simply fulfilling an ancient tradition. 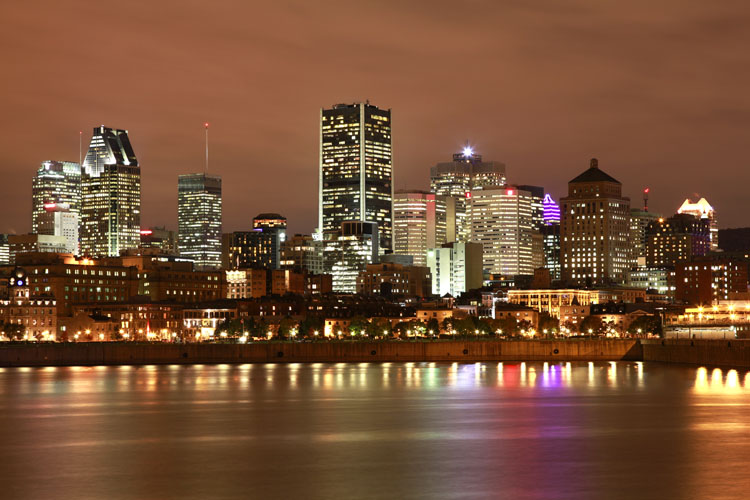 That said, you should take one important piece of advice – never visit Rome in August. They call the city “The Oven” because it is so hot you can barely move in August. Plus most of the shops, clubs, and bars will be closed for the month.

It will just be you and the boys! 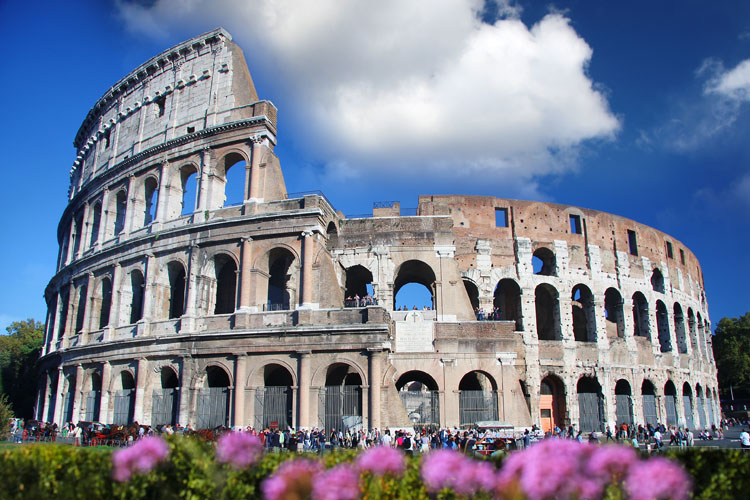 While there are no gay neighborhoods in Rome, one of the main hobbies of Italian gays is cruising. In fact, while technically illegal, it’s been years since anyone has been busted and the cops simply look the other way! 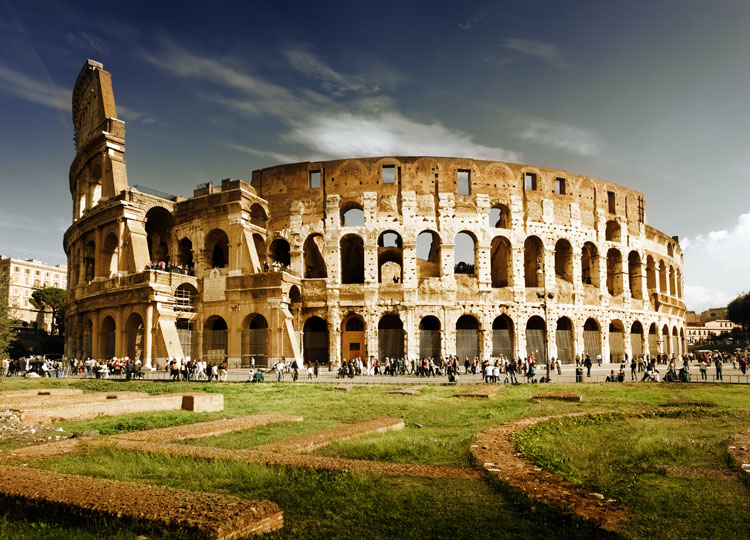 You’ll find hot men all over the city, but there are three main cruising spots where you can search for Mr. Right Now.

If you are looking for action during the day, head over to Via di Montecaprino – where you’ll find a nice selection of awesomely anonymous men looking for love in all the wrong places!

At night, the action is harder and heavier in the Parco Bar Palombini Piazzale and the Valle Giulia, where you’ll find a nice selection of ravenous Romans for your cockaholic needs!

If you like to keep your cock cruising mostly indoors, Classico Village is a fantastic hot spot. It was once an abandoned factory but has now been turned into an indoor/outdoor cruising area with different themes everywhere you go.

It’s literally a mini gay village that is only open at night. You can chill in the courtyard, hang out in the loft, and hit any of the various dancing areas until you find the man of your wet dreams!

If you are in the market for a tasty boytoy, head over to the Colosseum and look for the sign that reads “Coming Out.” What you’ll find is not only a trendy gay bar but also an open-air market for man meat. 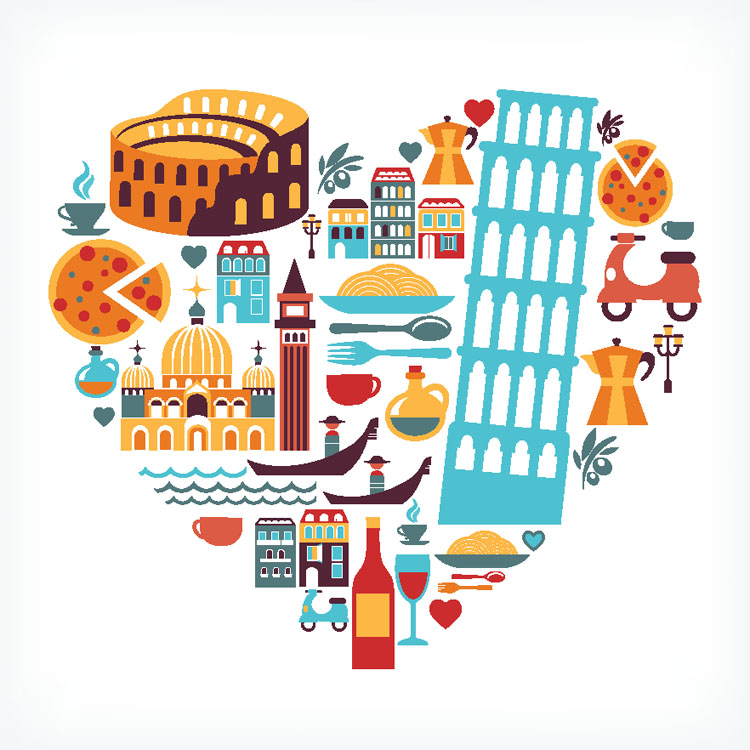 Most of the guys don’t hang out inside; instead, they cruise the streets in front of and around Coming Out, turning the area into an all-night gay block party!

Catholic Boys Gone Wild! For any of us who have ever had a priest fantasy – and really, who hasn’t – the Vatican is like manna from heaven!

We all know the Catholic boys are the biggest pigs in the pond, and the Vatican is where they all go to play with themselves. 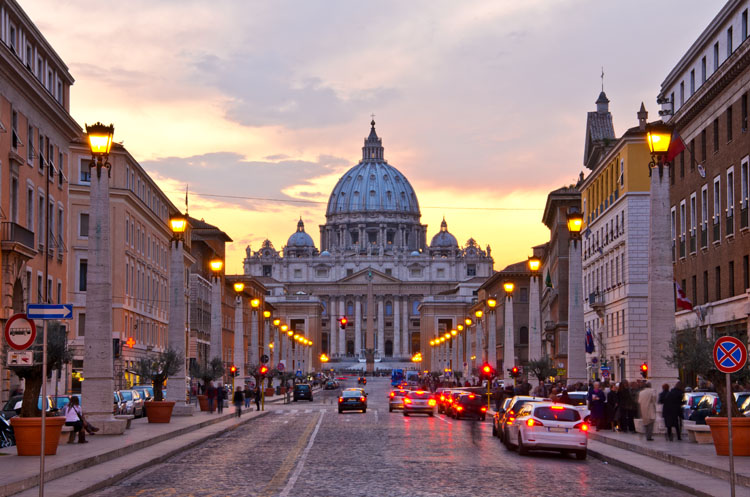 While the Catholic Church claims to be anti-gay, they have a long tradition of hating the sin and loving the sinner, which is why you’ll see tons of gay boys lining up in the Vatican to purchase the annual calendar of sexy priests.

When I got my copy, the hot men with their white collars certainly made me want to get down on my knees – to pray, of course.

Once inside the Vatican, you’ll want to head over to the Sistine Chapel – where Michelangelo’s masterpiece is painted on the ceiling. Seeing the painting of God touching Adam’s fingers will simply take your breath away.

Then you’ll want to cruise over to St. Peter’s Basilica – which is the heart of the Catholic Church. While we may not agree with the Pope on many things, we can agree that this gorgeous building designed by Ramante, Raphael, and Michelangelo is enough to make any boy happy to confess his sins! 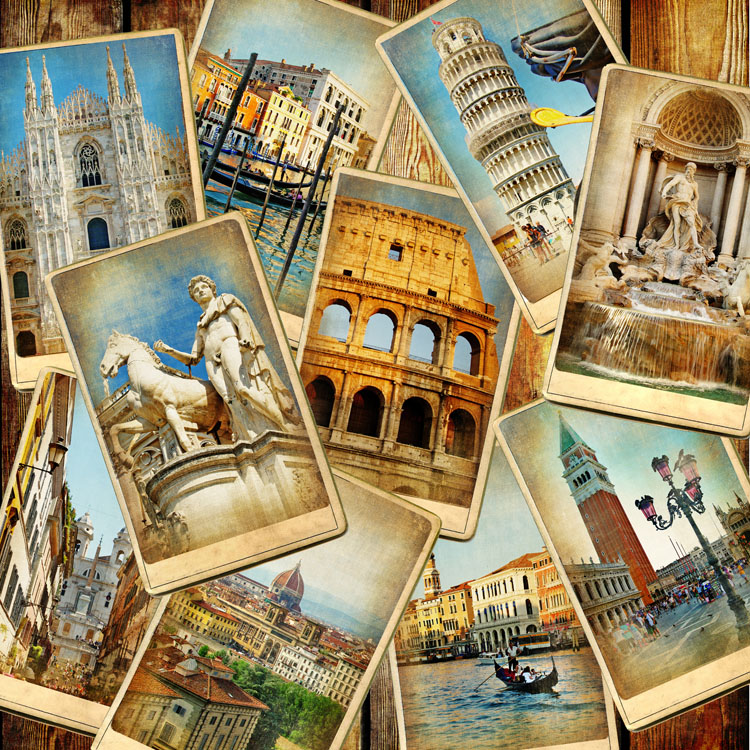 Finally, check out the Vatican Museums, where you will find a collection of the greatest artwork collected by the Church over the past 2,000 years. There are relics from ancient Alexandria, Egyptian artifacts, and some of the greatest paintings and sculptures in the world.

You’ll find yourself immersed in beauty, while surrounded by nuns – how kinky is that!

The largest and most beautiful ancient structure in Rome is the Colosseum. This is where bare-chested gladiators fought it out with each other in hot homoerotic battles that sent hearts racing during the height of the Roman Empire. Across the street from this fabulous structure is the barracks where the gladiators used to train and show off their muscles and moves to the crowds who were waiting to get inside and see the action!

You can wander around the barracks and the Colosseum and imagine Russel Crowe – or the gladiator of your choice – getting ready to get sweaty and penetrate his opponent with his long sword. There are even handsome men standing outside in full gladiator costumes, waiting to have their photo taken with you!

Think of it as foreplay before your nighttime cock cruising!

The Pantheon is the most beautiful of the ancient Roman buildings and an awe-inspiring feat of engineering.

Built in 125 A.D., the Pantheon is meant as a house of worship for all gods – including the ancient Roman deities and the modern Judeo-Christian God. 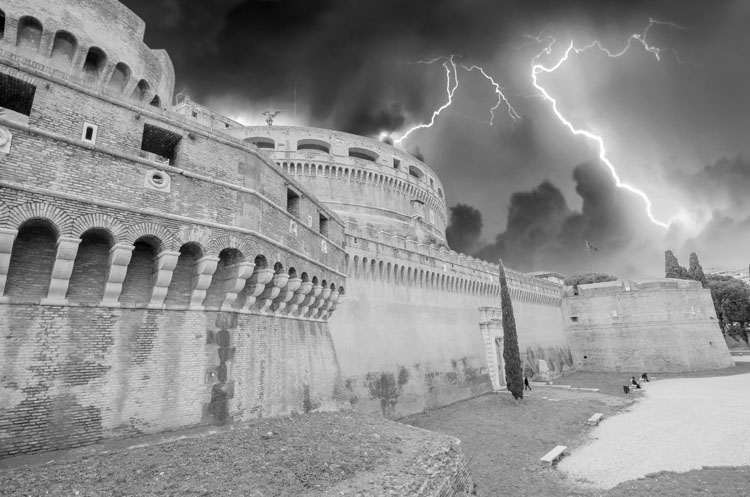 Personally, I go there simply to thank all of the gods for the beautiful Italian boys that Rome has to offer!

Best of all, it’s free to visit the Pantheon!

For those of you who like to live La Dolce Vita, the Trevi Fountain will make you cream your jeans! 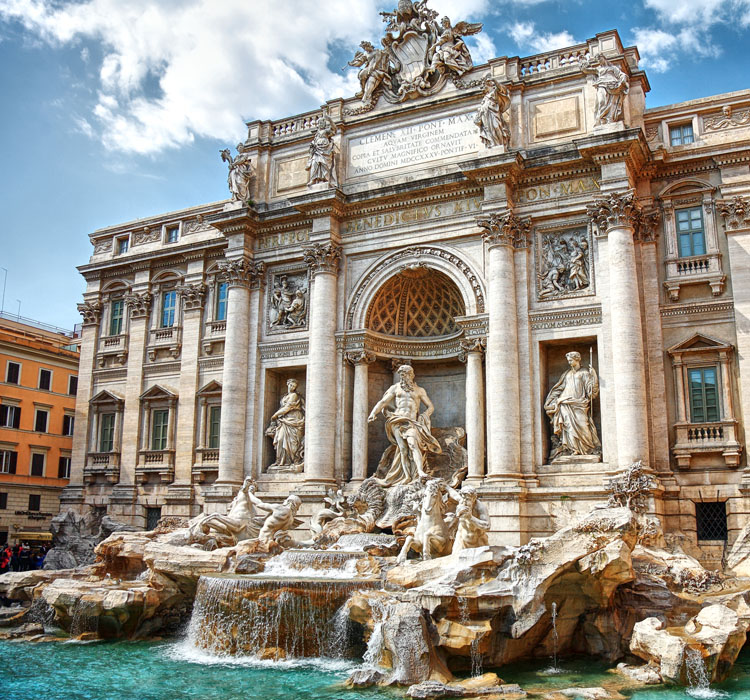 The largest baroque fountain in the world is so well known mostly because it is shown in almost every movie ever set in Rome. It is 26 meters high and sits on the site of an ancient Roman aqueduct. The highlight of the fountain is a statue of Neptune struggling to tame an unruly seahorse. 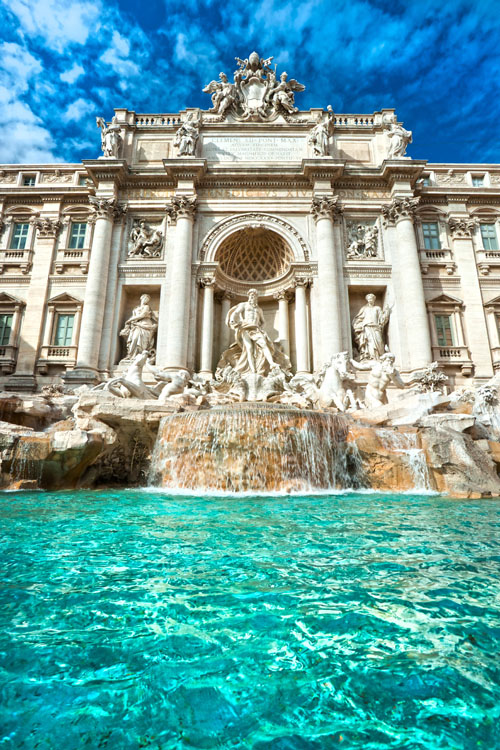 If you want to be fashionable, you’ll want to check out the Spanish Steps – a gigantic staircase leading up to the Trinita dei Monti church. The steps connect the church to the world-famous Barcaccia Fountain.

What makes the steps fabulous is that they play host once a year to one of the most famous and watched fashion shows in the world – and serves as the catwalk to the most glamorous models on earth.

The steps are also surrounded by a ton of fantastic designer boutiques including Prada, Valentino, and Gucci. 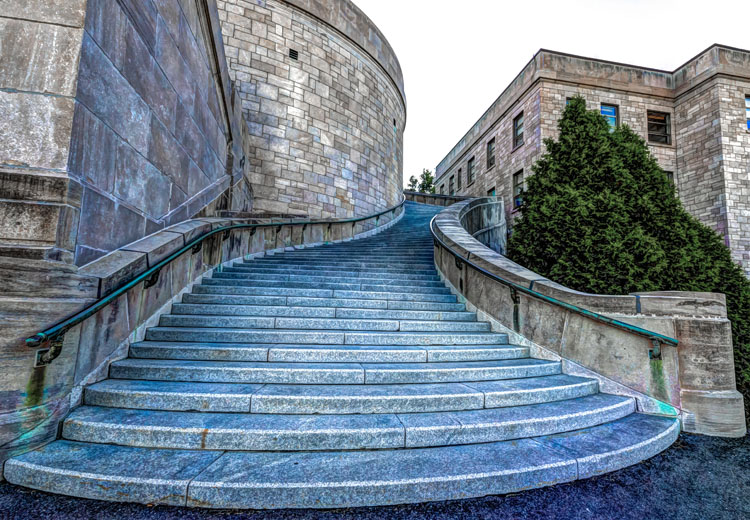 It’s enough to completely destroy your credit card – but damn honey, will you look good!

The National Museum Of Pasta

So, when you get tired of looking at ancient paintings and sculptures, why not go to a museum dedicated to the real masterpieces of Rome – fresh pasta!

The National Museum of Pasta on Palazzo Scanderbe will teach you everything you’ve ever wanted to know about the history of pasta but were afraid to ask. You’ll discover how different types of pasta have been made throughout the ages, what makes one pasta taste better than others, and even get to sample pasta from around the world!

It’s so delightful; you’ll need to head to the gym afterward!

Run Off To Roma – And Meet Your Favorite Michaels And Angelos!

Whether you want to shop at high fashion shops, cruise for uncut cuties, or just immerse yourself in ancient history, Rome has everything a sexy stud or delightful diva could want from his next gay vacation!

When in Rome, do as the Romans do – and then let the Vatican bring yours to your knees!

And, if you are scoping out the sexy priests, don’t be surprised if you us ogling right along beside you.

There’s nothing like a stiff collar to get us all hot and bothered! 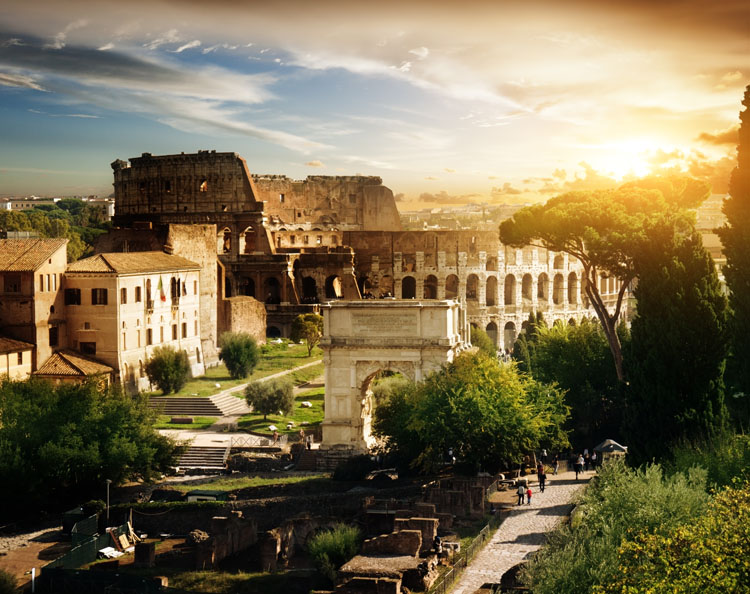