Gay San Diego – Where Pandas Aren’t the Only Bears in Town!

The Golden State Gay Rodeo Association’s pride and joy is located right here in lil’ ol’ San Diego – and as they say, it’s the Greatest Show on Dirt. They boast “Cowboy Boots and Buckin’ Chutes,” and they more than deliver on that promise. 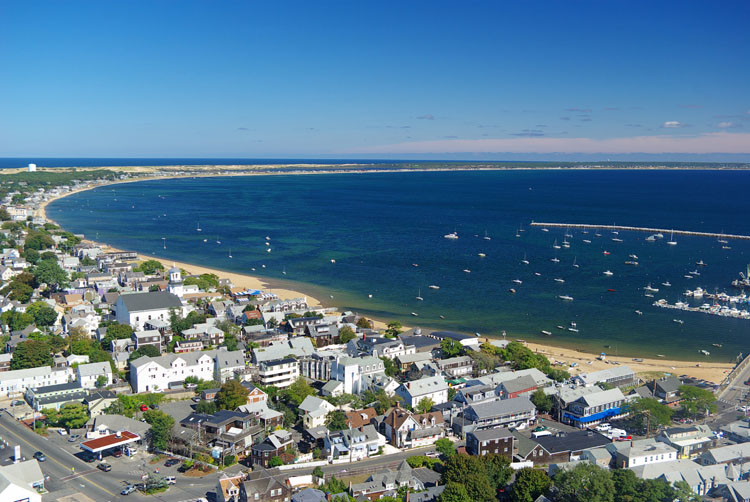 They even have “Camp Events” for the queen in us all. In Goat Dressing, a team of two tries to put a pair of underwear on a goat. Steer Decorating is quite involved, but suffice it to say that ropes, red ribbons, and tagging are among the essential elements. And, our favorite, Wild Drag Racing, features a cowboy, a cowgirl, a drag queen, and some expert mounting.

We could go on and on, but alas, there seem to be other things to do in this city as well. Let’s discuss this.

The Lowdown on Gay San Diego

San Diego, with its Mediterranean climate and close proximity to Mexican Viagra, is one of America’s most popular destinations. It’s located in Southern California, just south of The OC and just north of Tijuana, over the Mexican border.

Recent interest in the previously abandoned downtown area has transformed the San Diego waterfront Cinderella-style, with one of the lowest crime rates in the country and an explosion of skyscrapers, hotels, restaurants, shopping, and chichi lofts. The historic Gaslamp Quarter has recently installed four new namesakes in honor of the area, and the Victorian-era buildings are now home to hundreds of excellent restaurants and shops. Mardi Gras is held in this quarter every year, as well as St. Patrick’s Day festivities.

San Diego’s beaches are divine; anywhere along The Strand, a two-mile-long stretch of pristine beaches, is a great place to lay down your towel. But boys who love boys tend to congregate at the enticingly named Black’s Beach. It’s hidden trails, nude sunbathing and rock hard… cliffs make Black’s Beach a welcome haven for beach party bingo bunnies. And what’s even better – Black’s Beach is one of the West Coast’s premier surfing beaches! Yummy!

After a day of fun in the sun, and with your newly acquired tan and probably a lifeguard of your very own, you’ll want to head on down to the Hillcrest area of San Diego. Trust us on this one – it’s delicious. Just look for the 1940s-era lighted sign at the intersection of Fifth and University, and you’ll know you’re home.

With pedestrian-friendly streets and a festive atmosphere, Hillcrest is home to lovely restaurants, shops and bars; one can be assured of that. But it’s also host to the more fabulous events in San Diego – a weekly farmer’s market; the Gay Pride parade and festival in July; the CityFest, an August celebration featuring food, vendors, live acts, and even a beer garden; and the Annual Open Air Book Fair.

August 2007 marked Hillcrest’s 100th birthday – and they served cake to everyone! No doubt San Diego’s Mayor Sanders was in attendance – he might not be a Friend of Dorothy, but he recently voted to become a friend of the court to overthrow California’s same-sex marriage license ban. Yay, Mayor Sanders! 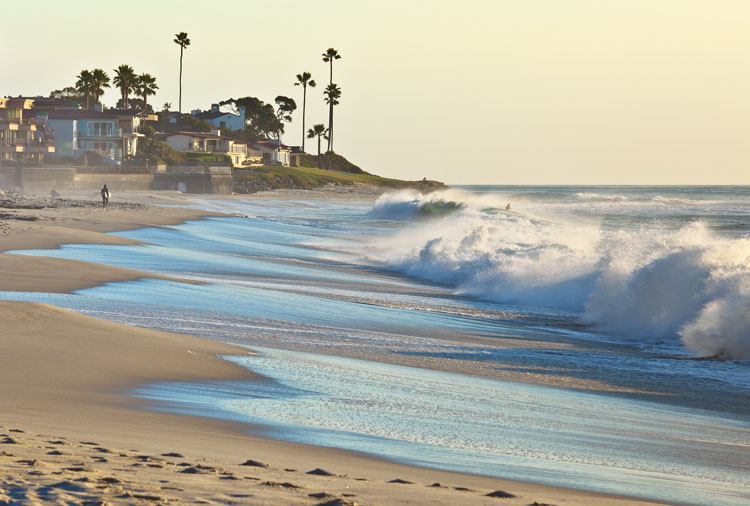 And at nearby PETCO Park, the San Diego Padres – that’s a baseball team – host a yearly “Out at PETCO Park” game day. So, batter up and get those balls in the air – it’s game time!

Get Yourself Some Cultcha!

The heart of San Diego’s art world is located in Balboa Park – a National Historic Landmark, and more of a cultural center than a place to play hackey sack.

But that doesn’t mean it’s not green. Tiptoe through the tulips in any one of Balboa Park’s nine gardens – including the Japanese Friendship Garden, Palm Canyon, and Zoro Garden (Ole’!). There are also two golf courses, a reflecting pool, and a collection of intriguingly named “International Cottages.”

The Starlight Bowl presents outdoor performances year-round, and is quite possibly the quirkiest venue in America – for one, performances are often stopped, sometimes in the middle of a song or dance piece, to allow for the noise from passing planes to subside as they fly directly over the Bowl. Sopranos are left to resume their arias; dancers stay on pointe for up to 30 seconds until the sound monitor at the side of the stage reaches an acceptable level. And what’s more, there’s the cult of the red box – it appears in the background of a scene, or integrated into set pieces, and even makes its entrance in the arms of the performers! It really is quite a sight and provides stimulating conversations among the patrons. For a bit of live entertainment that’s not located in a flight pattern, there’s the San Diego Symphony at Symphony Towers; The San Diego Opera at Civic Center Plaza, the Old Globe Theatre in Balboa Park (but at the other end); the La Jolla Playhouse, run by two-time Tony Award-winner Des McAnuff; and the San Diego Repertory Theater at Horton Plaza.

Following in the fashion of San Diego’s apparent affinity for double entendres is the Museum of Man – at once exactly what you’re thinking, and nothing like you were thinking, you dirty little devils. It’s more of an anthropological exploration of the history of people – how they lived, how they loved, how they died. It’s truly fascinating, and their gift shop no doubt provides hidden treasures.

Other museums worthy of your precious time are the Museum of Photographic Arts, the San Diego Museum of Art, and the Reuben H. Fleet Science Center, among countless others. 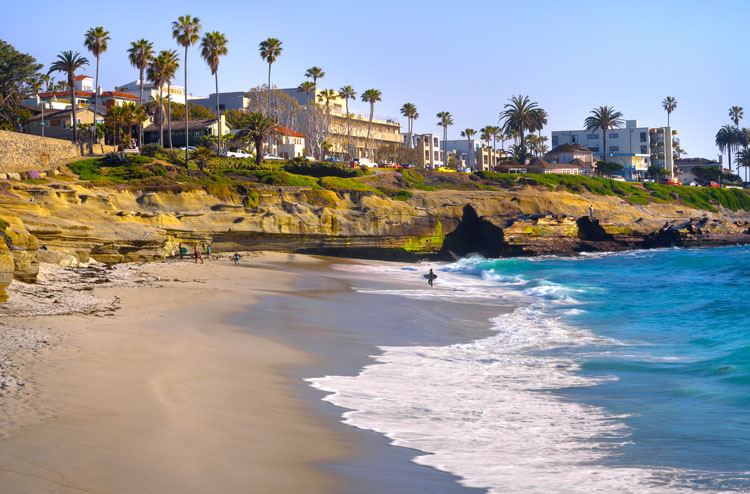 For a more intimate setting and a better chance of having a glass of wine in your hand while looking at art, we suggest frequenting the city’s many art galleries. North Park hosts a small exhibition on the second Saturday night of each month, called “Ray at Night”; Little Italy’s Art and Design District has ”Kettner Nights” every Friday, which highlights exhibitions in the neighborhood’s galleries and shops; Solana Beach and la Jolla also host many evenings of free-range art showings.

We’ve now arrived at the crowning jewel of Balboa Park, and probably the only thing you knew about San Diego before we schooled you – The San Diego Zoo.

Unlike many zoos, where individual species are kept in their own cages, the San Diego Zoo’s exhibits center around geographic areas and similar habitats – so you’re better able to see how all of God’s creatures coexist in peace, just like they do in Hillcrest!

And of course, there are the legendary pandas. Scoff, scoff you might at the idea of spending a day among screaming children and bedraggled parents – I dare you to take one look at those fluffy balls of love and not collapse from the cuteness. The Zoo is home to America’s sweethearts, Hua Mei and Mei Shang – and they are seriously adorbs.

The Zoo also is committed to the preservation of endangered species, and employs a team of scientists who work in the Frozen Zoo – where sperm and eggs of rare species are kept on ice until it’s mating time. 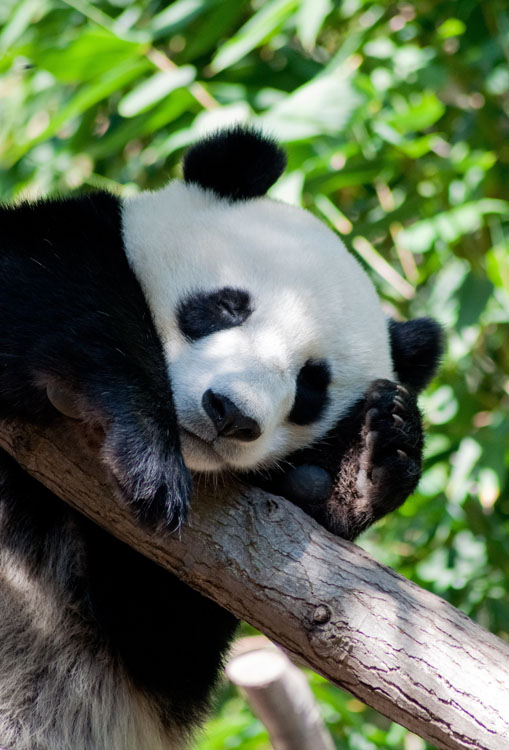 The San Diego Zoo also has a Wild Animal Park, in San Pasqual Valley. It’s home to more than 3,000 animals from all around the world, and 3,500 unique species of plants. It also houses the world’s largest veterinary hospital and a major base for the quarantine of animals entering the U.S. They also have festivals; special exhibits of baby animals, and hosted safari tours.

My goodness, we are simply exhausted from this whirlwind tour of this delicious, delectable, divine city! You simply must come and visit – and see for yourself what’s waiting for you in this fabulous place! 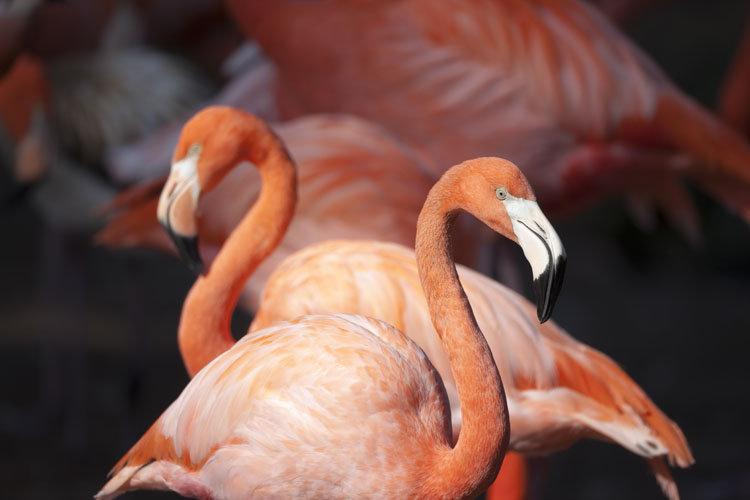