Come out! Come out! Wherever you are! Today I’m going to tell you the ins and outs of visiting San Francisco – the Gay Capital of the world! Whether you want to see beautiful architecture, play with leather boys or learn why Castro isn’t just an old dude with a beard, San Francisco is one of the hottest places you’ll ever visit – even if you end up leaving in a fog!

Founded by the Spanish in 1769, San Francisco has since grown to become the second-most densely populated city in America – while retaining its status as a gay mecca and home of many different types of alternative lifestyles.

The only downside to this beautiful city is the weather. Mark Twain once said, “The coldest winter I ever spent was a summer in San Francisco.” He wasn’t exactly exaggerating. Unlike Los Angeles or other California destinations it never really gets that warm here – so it’s the good thing you can spend hot nights with studs, drag queens, leather dudes, bears, twinks, and every other kind of man lover in between!

The city is clean – but luckily for us the boys are dirty! 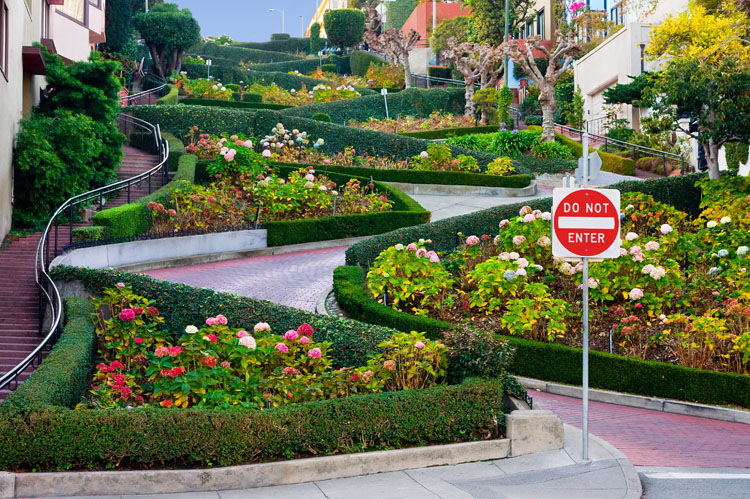 One thing to watch out for when you visit San Francisco is that the earth will sometimes literally move. The city is built on major fault lines and experiences frequent minor tremors and earthquakes.

Therefore, if you have anything fragile with you, keep it someplace safe – so you don’t have to worry about it falling off a table or nightstand and shattering.

San Francisco was almost destroyed in 1906 by the Great Earthquake that left more than 400,000 people homeless. The good news is that the city learned from the quake and almost all of the buildings have been constructed to withstand the earth tremors and no major earthquakes are expected to hit the city in our lifetime.

When you first arrive in San Francisco you are going to want to take a trip to the Castro District and get yourself oriented.

Gay life in The Castro began in the late 1960s when tens of thousands of young people were drawn to San Francisco because of its legendary status as the center of the growing counterculture movement.

Over time most of the straight activists ended up moving to the Haight Ashbury section of the city, while their homosexual compatriots found housing in the Castro District next door.

In the 1970’s Harvey Milk, who owned a camera store in the district, started promoting gay rights in the area, and within a couple of years The Castro District had become so gay that male belly dancers could be seen in the street in broad daylight.

This became a little bit more discreet after the AIDS crisis of the 1980s, but you can’t really keep hard men down forever – and The Castro is still the gay center of the universe.

During the day you can still see male hustlers, buy gay jewelry, learn about upcoming pride events, flirt with cute boys walking down the street, and get information about the latest gay parties.

At night you will find any and all types of men and drag queens in the bars and hooking up is as easy as unzipping your pants. 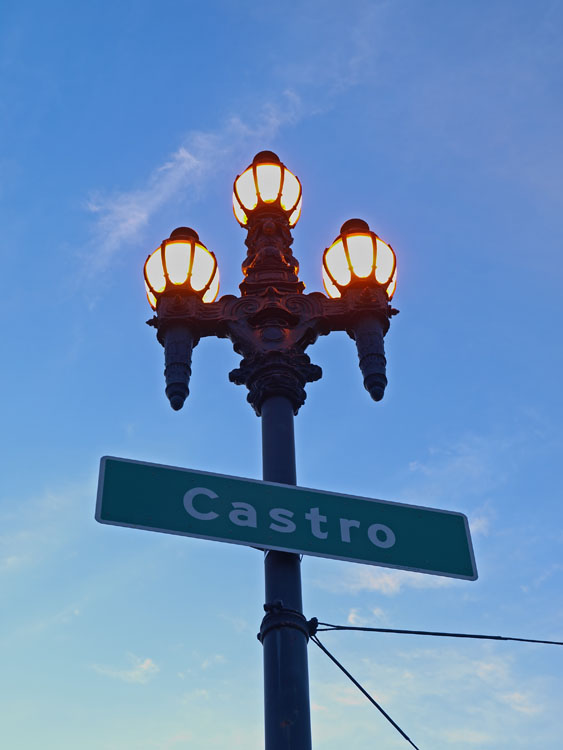 This beautiful bridge is a must-see attraction in the City of Brotherly Love. It was built in 1937 at a cost of $35 million.

It is more than a mile and a half long – and is one of the most recognizable landmarks in America. It costs five bucks to drive over, but your best bet is to find a nice hill or park near the Golden Gate around sunset or sunrise and watch the rays of light play on the bridge through the fog.

It is a true marvel of natural and man-made beauty.

Even if you’ve never had a prison sex fantasy – and really, who hasn’t – you simply must visit Alcatraz darlings.

This island, off the coast of San Francisco, offers tours of the famous prison – which operated between 1934 and 1963. During that time it was the home to such legendary figures as Al Capone, Machine Gun Kelly, and The Birdman of Alcatraz. No one is believed to have ever escaped from the island prison, known by local residents as “The Rock” – though many people tried over the years and a few bodies were assumed washed away by the sea.

You no longer have to rob a bank to get to see Alcatraz. Instead, you just need to head down to Pier 41 in Fisherman’s Wharf in the morning and get one of the tourist boats out to the penitentiary.

The Alcatraz Prison museum is a fascinating history lesson – but the most fun you’ll have is standing in one of the old cell blocks and trying to imagine what it would have been like to have the doors lock behind you.

Anyone old enough to remember The Summer Of Love will want to take a trip over to Haight Ashbury, which in the late 1960s and early 1970s was the headquarters of the “hippy” and other counter-culture movements.

That this happened was an economic accident. When the hippies decided to go west Los Angeles and other California cities were too expensive for most of them – who spent more money on drugs than they were willing to shell out in rent.

Haight Ashbury, however, was in the middle of an economic depression, and as such had some of the cheapest rents of anywhere in America. 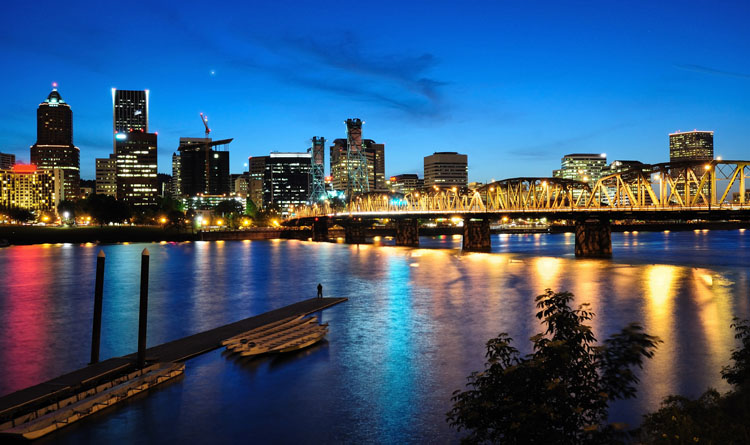 The psychedelic counter culture people picked up on this and started living there in droves – which eventually led to the creation of artists, druggies, drop outs, and draft dodgers living side by side.

While retaining a sense of its history the neighborhood has come up in the world over the years. Today you’ll find trendy shops – with some of the most fabulous fashions in the world – right next door to tattoo parlors, piercing shops and vegan grocery stores.

If you end up able to travel in September you need to check out the Folsom Street Fair – which has been terrifying straight people since 1984.

Held the last Sunday in September on Folsom Street between 7th and 12th streets, The Folsom Street Fair is the biggest event of “Leather Pride Week.”

You’ll drool over the hard body leather – who actually whip, suck and fuck each other in public as part of the parade. More than 400,000 people a year come to the Folsom Street Fair in order to watch the gay leather boys do what they do best.

It’s worth it just to watch the shocked expressions on the Idaho tourists who make a wrong turn and suddenly get confronted by Leather Daddies and their adoring twink boys!

Every June San Francisco holds the largest gay pride parade in the world. It makes its way from Market Street to 8th Street and was the reason Dykes on Bikes came to be.

More than a million people start lining up in the early morning hours in order to get a good spot to watch the parade – which takes roughly 6 hours to complete.

The San Francisco Gay Pride Parade has been held every year since 1972. Unlike similar parades in other cities, protesters are rare and the police do a good job of ensuring everyone’s safety. 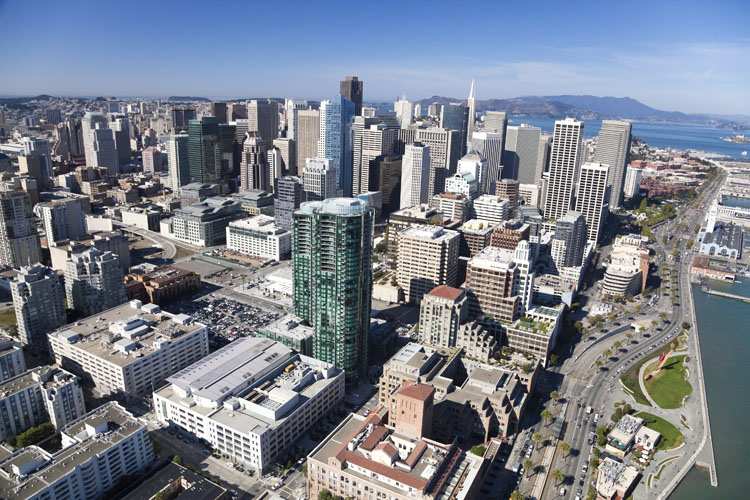 Fisherman’s Wharf
Whether you like shopping, fine dining, great views, or simply want to relax by the water, Fisherman’s Wharf is one of the true gems of any San Francisco tourism adventure.

It has some of the best seafood restaurants in America and is full of trendy high-end stores as well as quirky mom and pop boutiques. It’s where you’ll want to do your shopping and then sit back and have a leisurely meal looking at the boats and water.

The first week in October is Fleet Week – when U.S. Naval Sailors are in town – to provide you with all of the eye candy you’ll ever need.

Fisherman’s Wharf is also one of the best places in the city to get a view of the Golden Gate Bridge. You can also see Alcatraz off in the distance.

In the late 1800s when most cities were building subway systems, San Francisco had a different idea – they’d build trolleys – known today as cable cars.

While there is now a modern subway system – The Bay Area Rapid Transit – the cable cars are still used to get around the city center and near Fisherman’s Wharf. 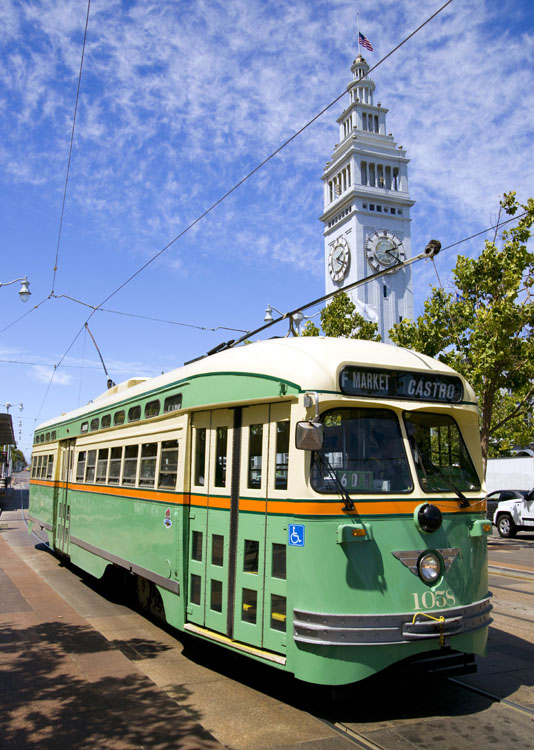 Riding a cable car is a true San Francisco experience that is not to be missed!

San Francisco is also home to the oldest Chinatown in America. Made famous in films for it’s creepy noirish tone, Chinatown is still a vibrant part of the city’s landscape.

Founded in the 1850’s Chinatown rests between Kearney and Green Streets near the financial district.

The big attractions, of course, are the wonderful oriental restaurants and exotic Asian stores – including some of the most interesting herbal remedies available anywhere.

Chinatown is considered one of the most important tourist destinations in San Francisco – and actually draws more visitors than the Golden Gate Bridge!

If you are renting a car you’ll probably want to take a drive north of the city and explore some of the dozens of great local vineyards.

While for years California wine was a joke, over the last two decades modern technology and a greater understanding of what makes good wine have changed all that. 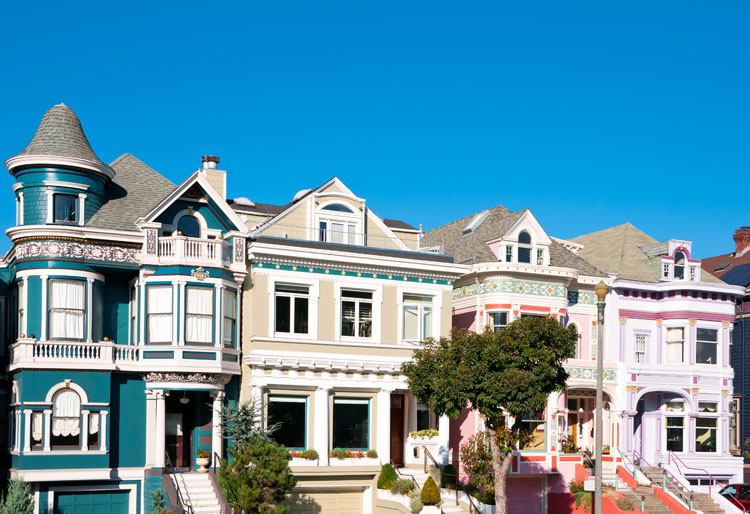 Now, some of the best wine in the world is grown and fermented just north of San Francisco.

Almost all of the vineyards allow tours – during which you can sample some of their wares, so you might want to bring along a designated driver.

The larger vineyards put up fliers in most of the major hotel room lobbies, but it’s just as fun to simply drive north and make your own discoveries while visiting the lesser-known winemakers.

Now Get Ready To Get Laid And Have Fun In The City Of Brotherly Love!
No matter if you are a manly man or a sub slut boy or something in-between San Francisco will have what you are looking for!

So, bundle up, don’t let the tremors bother you, and get ready to get laid in the Castro and shop until you drop in Fisherman’s Wharf!

I’m sure that San Francisco will bring you to your knees in no time flat!