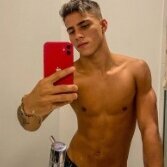 Bangkok Trip Report 2022: The wait is over. What was I waiting for?

By numazu, July 9 in Gay Thailand

Introduction If this pandemic has ever taught me anything, is that to never take anything for granted ever again. My last trip to Thailand was in December 2019. That trip was the only Thaila

Day 0: Brazil on my mind, even in Thailand Needless to say that I have changed some personal information of certain individuals mentioned, due to some weird stalkers in this site. So Brazil

Day 7.5: The Dreamers You know you’re getting old when you start reminiscing about the old days. And for me the old days were way back in… 2014. OK, I know that that’s not even 10 years ago, but